Crowley to be Hamdan’s first

The 38-year-old enjoyed his best ever season in the saddle, securing the jockeys’ title with 148 winners.

He rode a record breaking 46 winners in September which saw him draw clear of his nearest rival Silvestre de Sousa.

Crowley is still in recovery mode following the horror fall he was involved in at Kempton three weeks ago. His fellow weighing room colleague Freddie Tylicki suffered lower-half paralysis in the accident.

The Ascot-born rider replaces Paul Hanagan, who had spent a successful five years in the role, riding 15 Group winners during that time.

“It’s very exciting news and we’re thrilled to have him on board. Once we’d spoken to Paul and Sheikh Hamdan decided not to renew his contract, we talked over it briefly and I spoke to Sheikh Hamdan last weekend and he said he definitely did want to have a contract jockey,” said Angus Gold, Sheikh Hamdan’s racing manager.

He continued: “We discussed various options and he came up with the idea of Jim. He’s worked his way up and proven to be a top jockey.

“He’s done a brilliant job this year to become champion and we’re very happy to have him.”

Lambourn-based trainer Charlie Hills has developed a good working relationship with Crowley in the past few years. They combined in 2015 with a success in the Group 3 Jersey Stakes at Royal Ascot with subsequent Godolphin purchase Dutch Connection.

Hills trained triple Group 1-winning sprinter Muhaarar for Shadwell last season and has plenty of three-year-olds and juveniles for the operation going into next year.

I think he will do a marvellous job for Sheikh Hamdan

Hills said: “Jim is highly professional and he does extremely well really, I think it’s a great appointment.

He added: “I think he will do a marvellous job for Sheikh Hamdan and the team. We’ve probably got the largest team for Shadwell next year and I’m thoroughly looking forward to Jim coming down to ride out in the spring. We use him as much as we possibly can do so I’m delighted.”

Crowley will be flying to Dubai for the start of the Carnival in early January to take up his new position. 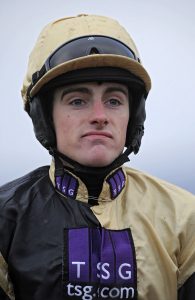 Up Next
Hughes' hot streak runs on