Nicholas Cooper, President of the Racehorse Owners Association, has called for a return to a levy based on betting turnover, rather than the current system of gross profits, at the association’s Annual General Meeting in London on Tuesday.

Cooper said that by continuing with the outdated gross profits model, the levy yield is likely to suffer. He said: “In 2001 it was attractive for racing to agree with government and the betting industry to switch the levy to ten per cent of gross profits.

“The betting exchanges were barely on the horizon and few could have predicted the extent to which this brilliant concept would become so central to the whole betting system in this country, or how in the intervening years they would drive down the profit margins to which bookmakers bet.

“Annual horserace betting is currently around £12 billion. Even as little as one per cent of turnover would produce a levy of £120 million, which would be the highest-ever figure, and over £40m more than the most recent levy yield.

“Serious discussion needs to be had on a return to a levy based on betting turnover rather than gross profits – or on some form of hybrid system – to provide a much truer reflection of racing’s continuing worth to the betting industry.”

Cooper said that continued close links with government would be required to “impress on politicians of every political persuasion that the racing industry is crucial both to the rural economy and to rural employment. That racing represents the acceptable face of betting; that it creates the best possible welfare environment for both staff and horses; and that it is open and inclusive in embracing people of all social standings and minority groups.”

He continued: “It is clear to me that government help and support is also dependent on the racing industry working together and certainly not delivering conflicting messages as it used to do. It is why I believe horsemen and racecourses must continue to show a united front, even when it sometimes gets very difficult.”

Cooper noted that this was especially true of media rights – now thought to be worth in the region of £150m annually.

He explained: “Owners and the horsemen believe it would be fair and just if 50% of this money went into prize-money and appearance money because it is our horses, our trainers, our jockeys and our stable staff which allow racecourses to earn these impressive sums of money.”

Cooper also highlighted the untapped potential of the Tote in the new digital age. During Royal Ascot week, the Tote win dividend exceeded the starting price in 16 of the 30 races. This was aided by the first regular co-mingling of the pools from other countries including Hong Kong and China for Royal Ascot week.

He said: “If we can replicate what Ascot did at other major meetings, why wouldn’t more people start gravitating towards betting on the Tote?”

“The Tote has often been referred to as British racing’s ‘sleeping giant’. Now, with digital technology knowing no bounds, we can see this giant is waking up.”

You can listen to Cooper’s full statement given to attendees at the Jumeirah Carlton Tower hotel in Knightsbridge, London, by clicking on the link below.

Earlier at the ROA’s AGM, owner, bloodstock agent and syndicate manager Tom Goff will join the organisation’s board after the results of this year’s election were revealed.

Yvette Dixon retained her place on the board, with Steven Astaire filling the third available place on the 12-strong committee.

Goff said: “I’m honoured to be elected to the ROA board at this crucial time. My manifesto was based on the need for a collaborative approach to a range of issues and the pressing need to repair the obvious disconnect between owners and practitioners in racing and the sport’s regulatory body over a number of issues.” 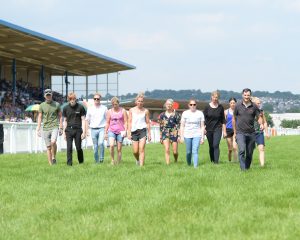 Up Next
Racing Staff Week 2019 begins