After almost two years off the track, the Mark Bradstock-trained Coneygree made a winning comeback on his steeplechasing debut in November before adding the Kauto Star Novices’ Chase to his tally of wins on Boxing Day at Kempton.

Victorious in six of his eight races, three of which have come at Grade 2 level, the seven-year-old son of Karinga Bay was one of the most promising novice hurdlers of the 2012/13 season, which was halted prematurely for him through injury.

His reappearance on November 28 at Newbury came after he was controversially withdrawn by the racecourse vet at the start on his intended comeback at Plumpton less than a fortnight earlier. A length-and-a-half victory over Dell’Arca in the Grade 2 Berskshire Novices’ chase preceded an emphatic 40-length Christmas trouncing of Warden Hill and Virak in a dramatic contest at Kempton, in which favourite Saphir De Rheu was one of three fallers.

Coneygree was bred by the late amateur rider, racing journalist and broadcaster Lord Oaksey, whose daughter Sara is married to trainer Mark Bradstock. He is a half-brother to the popular Hennessy winner Carruthers, who is still in training at the age of 11, while Carruthers’ five-year-old full-brother Flintham has recently won his last two starts, at Chepstow and Ascot, for the same stable. 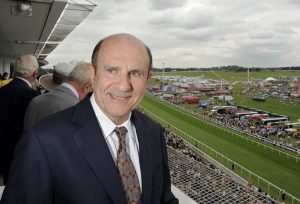 Up Next
High Chaparral dies at 15