All about Eve
Stories

In one sense, Talent’s Oaks victory can be seen as a coming together of the old and the new: an established bloodline nurtured by the Hollingsworth family since before the Second World War now flourishing at a farm with a relatively short innings in the thoroughbred industry. Ashbrittle Stud, which sits poised overlooking a Somerset valley, with views of its neighbouring county of Devon, has a sense of history all of its own, however. Its paddocks take their names from the Domesday Book and the contents of those lush, sloping fields boast pedigrees that ensure we will be hearing plenty more from James Rowsell’s thoroughbred nursery.

Alongside Talent’s dam, Prowess, can be found Mambo Jambo, a full-sister to Divine Proportions, and the well related Whole Grain, whose Lawman colt topped his session at last December’s Tattersalls’ Foal Sale when selling for 120,000gs to Timmy Hyde. Among the boarders is Penang Pearl, the dam of Harbinger, whose brother is heading to the October Yearling Sale.

Intriguingly, Ashbrittle’s three French-based mares include Pax Bella, the dam of the talking horse of the French stallion ranks, Kendargent. She was bought before her son’s rise to prominence and the stud plans to race her yearling filly by American Post. Mother and daughter, plus the mare’s current colt foal by Silver Frost, reside at Alec Waugh’s Jedburgh Stud in Normandy. The link with Waugh has also meant that Dayton Investments Limited, which Waugh manages for the Wildenstein family, has sent five yearlings to board at Ashbrittle before being sent to their respective trainers. The quintet includes colts by Galileo and Monsun and Beauty Parlour’s Invincible Spirit half-sister, Blue Kimono.

The acquisition of decent bloodstock is a clear declaration of intent and it was this which attracted stud manager Brendan Boyle when Ashbrittle, a former dairy farm developed by Rowsell, whose ‘day job’ is as Chief Executive Officer of Cantor Fitzgerald Europe, was in its first year of existence some nine years ago.

“I’d worked for various people in racing and breeding, such as David Loder and Bob McCreery, and Richard Venn suggested I meet James Rowsell,” recalls Boyle. “I could see straightaway that he was a gentleman and a man with ambition so it didn’t take much persuading for me to come here.”

Sitting in Boyle’s office overlooking paddocks of quietly munching mares and foals on a glorious midsummer’s day, it’s easy to understand why he has stayed at Ashbrittle. There’s an Oak sapling just outside the door, given to the winner of the fillies’ Classic, and one senses that Talent’s earning of this novel prize has ensured that Boyle and his colleagues will extend their commitment to see the offspring of the stud’s most famous daughter growing up in tandem with the young tree.

“I think we’re all still a bit shell-shocked really,” says Boyle. “The repercussions of it are potentially very positive for us – people like to buy from proven farms who have produced good horses – and we’d like to think we have a few more black-type performers coming through for the future.”

Before Talent’s victory in the Pretty Polly Stakes in May, Prowess has already gathered some black type courtesy of her first foal, Skilful, a three-time winner who was runner-up in the Listed Royal Windsor Stakes last season. Having started her stud career by being mated with Selkirk, a proven stalwart of the British breeding ranks, Prowess’s next foal Talent emanated from the first crop of the Derby winner New Approach. While there was a question mark prior to this year’s Derby meeting as to whether New Approach’s son Dawn Approach would last the testing mile and a half of Epsom, the stamina of Talent, whose first three dams are by Peintre Celebre, Rainbow Quest and Grundy, was never in doubt.

The old dictum still stands good – you have to keep your best fillies, especially when you’re trying to build up a stud

Prowess’s current two-year-old, Much Promise, is with Skilful’s trainer John Gosden, and Prowess returned to that filly’s sire Invincible Spirit this season but failed to get in foal. Waiting in the wings at Ashbrittle are Talent’s yearling full-sister, who is to be named Forte, and a colt foal by Fastnet Rock, who will attract plenty of attention when he appears in the sales ring.

Prowess’s presence at Ashbrittle is down to bloodstock agent Anthony Stroud who introduced Rowsell to Mark Dixon, nephew of the late Dick Hollingsworth. Dixon inherited Hollingsworth’s Arches Hall Stud and its equine residents upon his uncle’s death in 2001. Though the Hertfordshire stud, which was bought by Dixon’s grandfather Sidney Hollingsworth in the 1930s, has subsequently been sold, he retains four broodmares, plus his half-share of Prowess, all of whom trace back to Dick Hollingsworth’s great foundation mare Felucca, through the 1980 Oaks winner Bireme.

“Anthony Stroud kept badgering me to sell Prowess. I didn’t really want to but he said that he had this nice chap who was interested and that I’d get on really well with him if we went into partnership,” says Dixon of his introduction to Rowsell.

“Everything has been whittled down now from the stock I inherited from my uncle and so much depends on Prowess for me, but there are good mares from this family all over the world.” 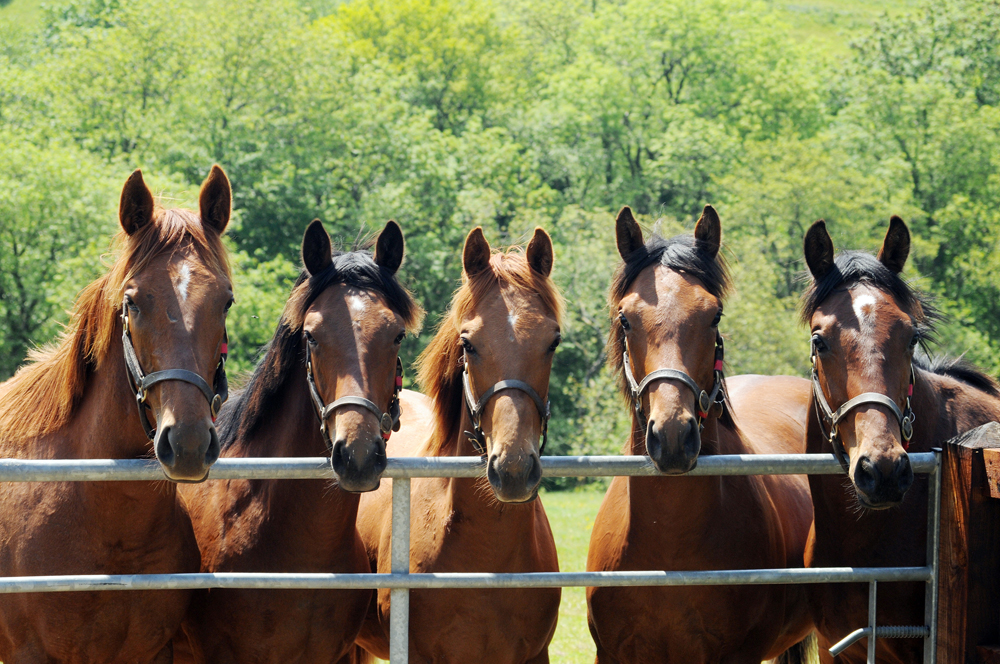 The yearling colts at Ashbrittle include a full-brother to Harbinger, second left

Still in Dixon’s ownership is Bireme’s last foal Lakatoi, Prowess’s dam Yawl, now 23, and La Spezia, out of Prowess’s half-sister Genoa. The trio all board in Ireland at Luke Lillingston’s Mount Coote Stud, while Dixon’s final mare, Jump Ship, a grand-daughter of Bireme, is also at Ashbrittle.

When Talent lined up at Epsom she became the fourth generation of her family to run in the Oaks. Following Bireme’s victory, her daughter Yawl – the final Pattern winner for Hollingsworth in the 1992 Rockfel Stakes – finished 12th in the following year’s Oaks, while Prowess was ninth behind Alexandrova in 2006.

Dixon says: “Prowess was never going to run into a place in the Oaks but nevertheless she ran. It’s really something special for all four generations of the family to have run in the race.”

If there’s a downside to suddenly being the owner of a Classic winner, it’s that age-old conundrum of to sell or not to sell. Following Talent’s Epsom win, the decision was taken not to offer her sister at this season’s yearling sales and it seems likely that when Talent eventually retires she will return to her birthplace.

“I know James doesn’t want to sell her and I don’t want to either,” admits Dixon. “The old dictum still stands good – you have to keep your best fillies, especially when you’re trying to build up a stud.”

The heroine’s return would certainly be something for the team at Ashbrittle to look forward to. Not only was Talent foaled there but she was broken in by Boyle’s assistant manager, dressage rider Ginny Whales. She is not the only member of staff to be actively involved with bridging the gap between stud and racing yard, as stud secretary Lucy Bosley is also adept at breaking in young horses.

“Talent never gave us a day’s worry in her life,” says Boyle. “She was very straightforward and easy to break in. We had her back here for a holiday in the winter. Most of our paddocks are sloping so she was well used to going downhill before she got to Epsom.”

Though originally from the north of England, Boyle is quick to point to his adopted home’s proud record of producing top-class horses.

“This is being done with a broodmare band of around 70 horses. It’s a healthy area with a mild climate.”

How soon Talent returns to the fold certainly depends on her degree of success throughout the remainder of the season. At the time of writing she was about to make her first foray outside England in the Irish Oaks. The last filly to win the Oaks on the back of a Pretty Polly victory was Ouija Board, who also claimed the Curragh Classic and much more besides.

Whatever Talent’s future holds, the time from the stalls snapping open to her crossing the line in triumph at Epsom is likely to remain the best two minutes and 42 seconds in the lives of all of those entwined with this thoroughly well-named filly. 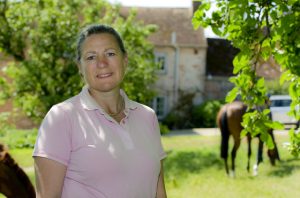 Up Next
All about Eve