Less than two months after the death of Selkirk, Kirsten Rausing’s Lanwades Stud has been dealt another blow with the loss of Hernando, who died of a heart attack on Friday at the age of 23.

The French Classic winner was bred by the Niarchos family and was by the former Lanwades stalwart Niniski out of the the Group 3-winning Miswaki mare Whakilyric.

Under the direction of trainer Francois Boutin, Hernando won the Prix du Jockey-Club, Prix Lupin and Prix Niel to become champion three-year-old in France. His final victory at Group level came in the Prix Gontaut-Biron when trained by John Hammond following Boutin’s death.

Retired to Lanwades in 1996, his first crop included the runaway Prix du Jockey-Club winner Holding Court, and his second winner of that race was the six-time Group 1 winner Sulamani, himself a Classic-producing sire. Hernando ihas sired six individual group 1 winners, including Oaks winner Look Here, dual Group/Grade 1 winner Gitano Hernando and Tattersalls Gold Cup winner Casual Conquest. With 78 two-year-old winners to his credit, he is also a noted dual-purpose sire, whose top-class jumpers include Cape Tribulation, an intended runner in the Cheltenham Gold Cup on March 15.

The compact bay, who has been laid to rest at Lanwades alongside his former stablemate Selkirk, had been retired from covering in 2011 and has a final crop of yearlings on the ground.

Paying tribute to Hernando, Kirsten Rausing said: “He was a most charming character, always kind and co-operative, and he is very sadly missed by us all at Lanwades.

“I particularly wish to thank the horse’s owner/breeders, the Niarchos family, for entrusting him to us at Lanwades, and to his devoted handler, Steve McKeown, who has looked after Hernando at Lanwades for 17 years.” 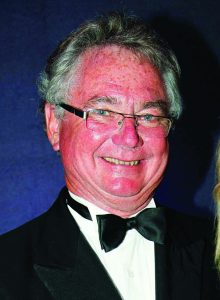 Up Next
Spirit lives on in successful family