Oaks heroine Taghrooda maintained her unbeaten status in spectacular fashion when trouncing the colts and her elders with a three-length victory in the King George VI and Queen Elizabeth Stakes at Ascot.

A late scratching from the previous weekend’s Irish Oaks, Taghrooda’s connections were richly rewarded for their bold plan with the daughter of Sea The Stars landing her second consecutive Group 1 race and fourth win in total by overhauling the favourite Telescope within the final furlong. Mukhadram, who, like the winner is owned and bred by Sheikh Hamdan Al Maktoum, was a short-head behind him in third while Taghrooda’s stable mate Eagle Top took fourth.

Winning trainer John Gosden said: “She’s right up there and would be the best filly I’ve had over a mile and a half. The Fugue would have beaten anything over a mile and a quarter and Royal Heroine, who I trained in America, was the best at a mile.

“Taghrooda has developed very strongly since the Oaks and she had two very tough nuts to crack up front today. They’d gone hard up there and given it plenty of toe. I thought those older horses would be hard to pass but she really showed her class and stamina.

“It was a special performance today and I am very glad that Sheikh Hamdan made the correct decision to come here. It was probably 85% his decision to run here and it was a very bold move not running in the Irish Oaks.

“She has got a beautiful ride from Paul. They went very hard, he has waited patiently and she has picked them up and shown her class in the last furlong. I am thrilled – it was a great ride and a good bit of placing. I think Sheikh Hamdan better place all of my horses now!”

Taghrooda became the seventh filly to win the King George and the first since Pawneese in 1976 to have also won the Oaks en route to the midsummer showcase. Likely to be retired at the end of the flat season, she now heads the betting market for the Prix de l’Arc de Triomphe on the first weekend of October ahead of Deutsches Derby winner Sea The Moon and last year’s winner Treve.

Gosden added: “It would make a lot of sense to go for the Arc but it is entirely up to Sheikh Hamdan. She is an improving three-year-old filly and gets a decent weight allowance.” 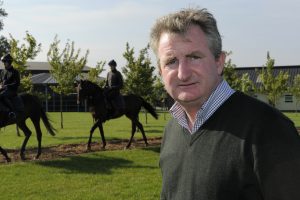 Up Next
Plus 10 bonus scheme launched