Classic Getaway matched the record price for a point-to-pointer sold at auction when bought by Tom Malone for £570,000 at the Goffs UK December Point-to-Point Sale held at Yorton Farm on Thursday.

The four-year-old had made quite an impression on debut at Borris House in Ireland last month when sauntering to an eight-length victory in the second division of the Tattersalls Ireland 4yo Geldings Maiden.

Offered by trainer Donnchadh Doyle through his Monbeg Stables, Classic Getaway was snapped up by bloodstock agent Malone and trainer Gordon Elliott with the price matching what JP McManus paid for Jonbon, a brother to Grade 1 winner Douvan, at last month’s Goffs UK November Point-to-Point Sale.

Speaking after securing the four-year-old, Malone said: “He’s been bought for an existing client in Gordon Elliott’s yard. He’s absolutely gorgeous and you don’t often come across horses like him.

“I know it sounds silly, but when he ran at Boris, he sprinted clear then genuflected at the back of the last fence, spooked himself and then sprinted again because he’d frightened himself.

“You can only do what he did at the back of the last fence if you have so much in hand. He was well touted before he ran, they knew what he was going to do, and Donnchadh Doyle would have 60 or 70 of this type and he stood out. You couldn’t paint him, he’s that beautiful. The future’s very bright for him.

“You never think you’re going to have to give it [£570,000] but you have to if you want them. Would you rather underbid and see someone else winning with it or push the boat out? We could all look foolish in a year’s time, but if you don’t buy them you can’t look foolish or be happy whatever way they turn out.”

Speaking after the conclusion of the sale, Goffs UK Managing Director Tim Kent said: “What a day! It’s fair to say that the results of today’s sale have far exceeded expectations and we would like to thank everyone who has participated in the success of this sale.

“We were delighted with the strength of the catalogue, but to equal the world record price whilst smashing the average and median achieved here last month is beyond anything that we could have imagined. This has been an incredible year that we will remember for so many different reasons.

“Once again, we would like to thank James and Jean Potter, David Futter and his team for hosting us here at Yorton Farm and Stud. There is no doubt that vendors and purchasers have thoroughly enjoyed the atmosphere and facilities offered at this unique location and we are delighted to finish the Goffs UK year on a high.

“We would also like to thank all of our vendors for their incredible support and we look forward to welcoming everyone back to Doncaster at the end of January, which is where it all began earlier this year with a top price of £370,000.” 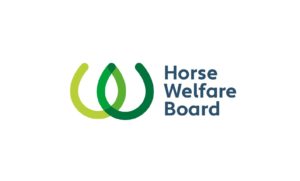 Up Next
Seamus Mullins appointed to Horse Welfare Board