Chindit had connections dreaming of Guineas glory after making a winning return in the Greenham Stakes at Newbury on Saturday.

However, it was hard work for the 7/4 favourite. Hollie Doyle on Mehmento, making his first start on turf following two facile successes at Southwell, had seemingly stolen a march on the field as they entered the final furlong. But Patt Dobbs was just getting after Chindit and the colt answered every call of his jockey to overhaul the leader and win going away by a neck. The Lir Jet also closed well to finish another neck away in third.

The trio pulled almost four lengths clear of the fourth Nando Parrado with the likes of Fundamental, Alkumait and Mujbar all disappointing in behind.

Chindit emerged as a lively Classic candidate last year when sweeping his first three starts including the Champagne Stakes at Doncaster. However, he turned in a clunker when only eighth on his season finale in the Dewhurst Stakes, meaning that he had some questions to answer on his return on Saturday.

“I knew going to the start at Newmarket for the Dewhurst that he had no chance as he hung right on the way down, it just wasn’t him,” Dobbs told ITV Racing. “I don’t see any reason after that why he shouldn’t go for the Guineas. As long the ground is fast – fast ground is key.

“He’s got the 7f very well and it feels like he wants a mile – he hit a little bit of a flat spot. He’s been brought along steadily at home, he hasn’t been overworked, so there’s plenty in the tank.” 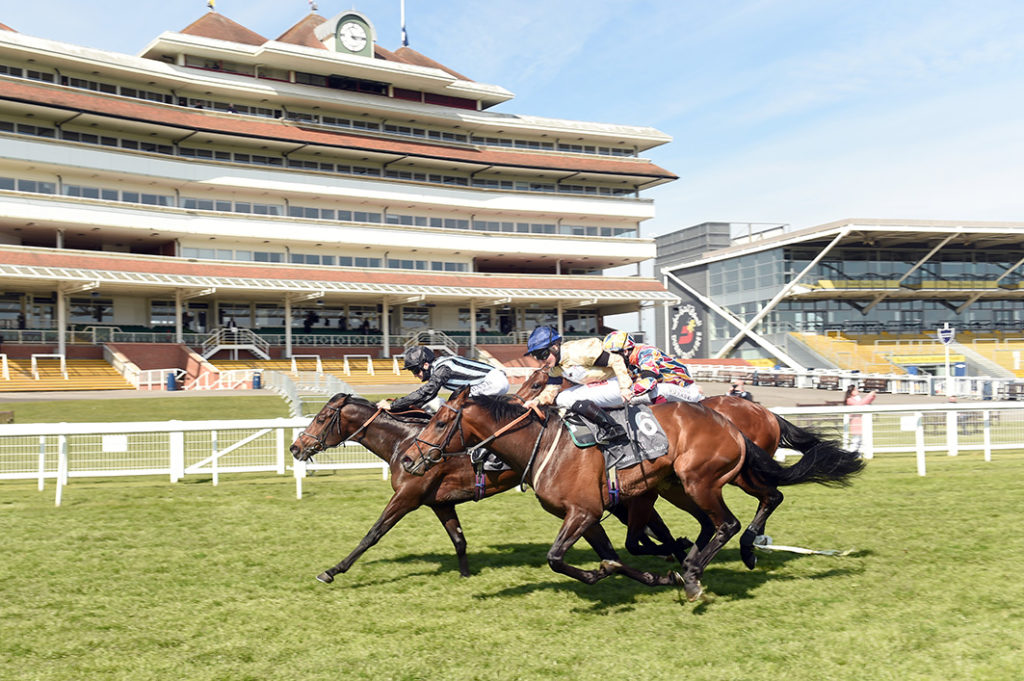 Trainer Richard Hannon naturally now has an eye on the 2,000 Guineas but issued a warning over the colt’s ability to act on Newmarket’s Rowley Mile.

“He was workmanlike there but then they went very quick,” he told Racing TV. “He’s looking like he wants a mile which is great because during the winter he was looking like a 6f horse.

“I just worry that with the undulations at Newmarket whether he’ll be able to build up that momentum. No doubt, the nicer tracks are more convenient but English Classics are the ones you want to win.”

Chindit, a 65,000gns Tattersalls October Book 2 purchase by Peter and Ross Doyle, was bred by J C Bloodstock and Rory Mahon and is the first foal out of the winning Always A Dream, an Oasis Dream relation to Motivator. He is one of 17 stakes winners by Coolmore’s new recruit Wootton Bassett and bred in the year that his sire’s fee hit €20,000. He is standing for €100,000 this season.

All systems go for Alcohol Free 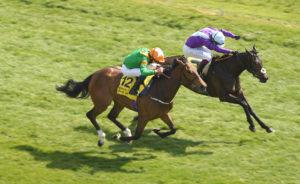 Alcohol Free booked her spot in the 1,000 Guineas with a gritty display to take the Dubai Duty Free Stakes, better known as the Fred Darling Stakes.

The Andrew Balding-trained filly brought the best form into the race, having won last year’s Cheveley Park Stakes, and was sent off the 9/4 favourite as a result despite the competitive nature of the 17-runner field.

A wide draw meant that jockey Oisin Murphy didn’t have much cover for his partner during the early stages but she travelled well and showed her customary turn of foot to take control as others came under pressure. Statement came with a strong run down the centre of the track under William Buick and appeared to have her rival’s measure only for Alcohol Free to fight back and stick her head down at the right moment on the line.

At the finish, she had a short head to spare over Statement, who stepped up massively on her two-year-old form, with the pair well clear of the third Vadream.

The disappointments of the race included Happy Romance, who finished a non-staying tenth, and Zaajirah in 12th.

With doubts remaining over Alcohol Free’s ability to stay a mile, bookmakers responded by leaving her unchanged at around 10/1 for the 1,000 Guineas.

However, Murphy is confident that an extra furlong is within her compass, as he explained to ITV Racing.

“She’s going to give herself every chance,” he said. “That’s a lovely start. I was very happy with how relaxed.

“She’s quite tall and when she comes in her coat she’s going to look beautiful.”

He added: “I’ve been galloping the second for Martyn Meade and so it looks like I did a bit of hard work for William [Buick]!”

Trainer Andrew Balding is also looking forward to a crack at the Guineas with a filly who is owned by one of Kingsclere’s staunchest supporters, Jeff Smith.

“We’ve been saying for the last week that if she ran a nice race and was third, then we’d be pleased as she’s still quite backward,” he told Racing TV. “She stayed 7f well today and it wasn’t easy for her – she was out on the wing a bit and Oisin came back and thought she would stay another furlong. She’s got a massive engine. She always did everything very easily at home, but it was only really obvious when she came here and had her first race. Bar the run at Sailsbury, she’s unbeaten and she was unlucky that day. She’s top drawer.”

One of 14 Group winners and three Group 1 winners for Coolmore’s No Nay Never, Alcohol Free is a half-sister to Listed winner Alexander James and out of the winning Hard Spun mare Plying. Bred in Ireland by Churchtown House Stud, she was purchased as a foal by Smith’s Littleton Stud for €40,000 at the Goffs November Sale.

Held up by Jim Crowley, the four-year-old Sea The Stars colt travelled smoothly into contention before lengthening clear for a wide-margin success over Without A Fight. Al Aasy has always been well regarded by connections and the King George was mentioned as a possible summer target following the race. 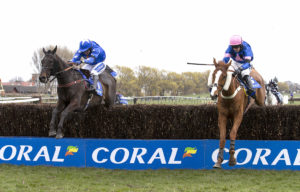