‘I said to them ‘I don’t mind what you cover her with, just work away’ – I didn’t know it was Mehmas until I got the bill!” 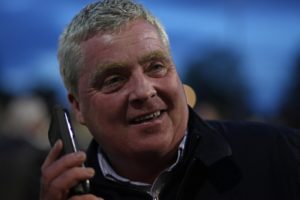 A chance opportunity to use Mehmas reaped major rewards for Mickley Stud at the Tattersalls December Foal Sale on Friday morning when the resulting foal, a filly, realised 75,000gns to J C Bloodstock.

The filly was bred by Aoife Kent, daughter of stud owner Richard, out of Country Madam, an unarmed Medaglia d’Oro half-sister to high-class sprinter Invincible Army picked up by the stud for just 8,000gns at the 2015 Tattersalls Autumn Horses in Training Sale.

Richard Kent takes up the story.

“Tally-Ho bought a Kodiac foal off me here two years ago and so I thought I’d send a few mares over to there to support them,” recalls Kent. “I had this mare down to go to Kessaar but he was busy on the day so I said to them ‘I don’t mind what you cover her with, just work away’ – I didn’t know it was Mehmas until I got the bill!”

Fast forward two years and Mehmas, of course, is a record-breaking young sire who is closing on a remarkable tally of 50 first-crop winners. There is plenty of quality among his first crop as well, with the likes of Middle Park Stakes hero Supremacy and Gimcrack Stakes scorer Minzaal among the highlights.

“And the Kodiac colt I sold to Tally-Ho, Captain Magnum, won a Listed race the other day, so it’s all worked out well for everyone!” Kent added. 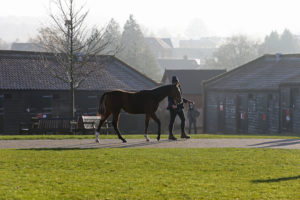 Up Next
Stars colt highlights solid day of trade at Tattersalls