The horse must be central to racing debate
Stories

Silvestre de Sousa is happiest ‘in the background’, letting his riding and winners do the talking

Silvestre de Sousa was halfway through what would be a long and difficult day. Without a winner after three poor rides at Brighton, he would endure the same fate at Kempton’s evening meeting before charging up the M1 in the race to be home by midnight. He didn’t win that one, either.

It had been a very different story the day before. A double at Catterick saw him vault to the head of a title race that had four months left to run. He was proud to see his name atop the standings, proud to call and tell his father, proud to reflect that it so nearly didn’t happen for the man who left Brazil, aged 20, in search of new frontiers.

If not quite of Odyssian proportions, de Sousa’s voyage to date has been just as implausible. The young jockey moved to Ireland with the intention to return home after three months if opportunity passed him by. As it was, he stayed with Dermot Weld for two years without once riding in a race.

“One day I asked him why I was good enough to ride 12 horses every morning but not good enough to ride on a racecourse,” he reflects. “I told him I was leaving and he went mad. He told me that he would find me some rides, but by then I’d decided to walk away. It was hard; I was very happy there. Mr Weld was good to me but I really wanted to ride.”

De Sousa was bound for Sao Paulo, the sprawling Brazilian metropolis of more than 11 million people. He had learnt to ride racehorses in the world’s fifth-largest city. It was also where he’d left his soul, but a chance meeting with David Nicholls turned his head once more.

“I told Dermot Weld I was leaving and he went mad. I wanted to ride in races”

“I talked to a friend who worked for Mr Nicholls who said I should come over,” he says. “What did I have to lose? I thought I would try it for two weeks on the way home, but from the beginning Mr Nicholls started organising my paperwork and I rode in my first race soon after. That was six years ago.”

His first winner, in 2006, arrived on a portentous date: New Year’s Day, when optimistic resolutions are made in the quest for a better life. De Sousa did not look back. In that year he posted 27 winners from 195 rides, but the harbinger of his talent lay in the staggering £64 profit his rides yielded to a £1 level stake. It foretold that horses ‘ran’ for him. 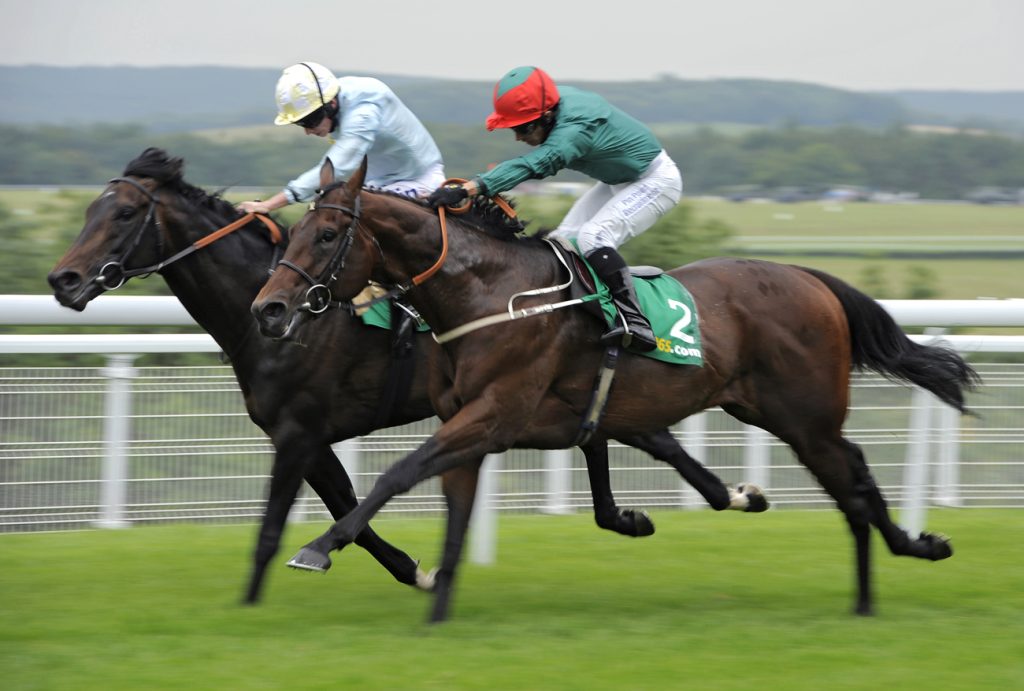 De Sousa’s big breakthrough came last year. He closed it by landing his maiden century of winners before he embarked on a fourth consecutive winter in India – where he has ridden the winner of the Derby and 2,000 Guineas twice. “I had more than 600 rides last year and my agent (Gareth Owen) said he was looking forward to getting me 1,000 rides this year,” he reflects. “I just laughed.”

Yet Owen has been true to his word: de Sousa had already matched last year’s numbers by the end of August. Although the talent genie has long since left the bottle, de Sousa’s season has been abetted by injury to Joe Fanning, in that it fired him to the front of a queue of jockeys attached to Mark Johnston’s stable. But while the association has propelled him into the title race, he plays down the prospect.

“To be where I am is like a dream,” he says, “but the title is far from my mind. I just want to get the right results, keep going, keep the owners happy. I want to stay in the background and see what happens.”

Fair enough – except that another jockey cut very much from the same cloth said precisely the same thing this time last year. And at its end, Paul Hanagan was champion.

Hanagan and de Sousa hail from different tracks even if, at 30, they share the same age. Hanagan learnt to ride at 12 and became instantly transfixed. At a parallel stage de Sousa was well versed in rounding up cattle on horseback at his father’s farm, but was less enamoured by it. He saw it as a chore, a demand of circumstance imposed on each of his four brothers.

His father kept a handful of thoroughbred mares and sold their progeny at auction, yet de Sousa was so disinterested that he fled to his brother’s Sao Paulo furniture factory soon after his 16th birthday.

“At first it was great just living in the big city,” he recalls. “I wanted to learn a trade but I soon realised I wasn’t happy doing that kind of work.” As he would when venturing to Europe, he was about to retreat back to the family farm when he had a chance meeting with a man who worked at Hipodromo de Cidade Jardim, the ‘Garden City racecourse’.

Noting that de Sousa had the physique of a jockey (he is barely 5ft tall), the man introduced him to Fausto Durso, a leading rider in Sao Paulo, who saw de Sousa enrolled into the apprentices’ school. He was anything but a natural. 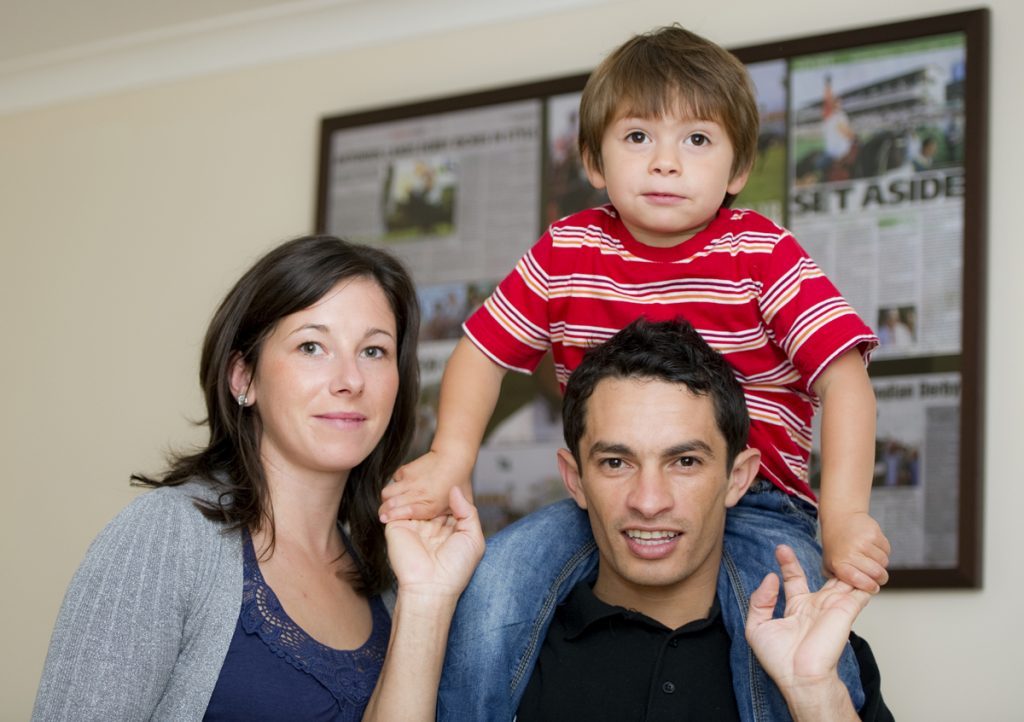 For de Sousa, it might have ended as it had started at Cidade Jardim. After losing his claim he was holding his own among senior jockeys. He was happy and in fair demand until a broken arm forced him to sit out six months. He would never recapture his mojo. Hence the life-changing journey to Ireland and a two-year-bout of home-sickness in what the son of Sao Paulo describes as “the middle of nowhere with only grass and trees” around the Curragh.

He still spoke only broken English when he moved to Nicholls’s Yorkshire base in 2004, where he met Vicky Behan, his partner of five years and with whom he has a four-year-old son, Ryan.

By now he welcomed the responsibilities of fatherhood; he was among people he liked and who valued his riding skills. And it helped that Behan is something of a kindred spirit.

Like so much about him, de Sousa’s liaison with Behan came about by a circuitous route. Behan had herself worked in Kildare, less than two miles from de Sousa, but their paths never crossed until they met for the first time at Nicholls’s stable. An apprentice back then, Behan rode Peace Offering to win the prestigious Gosforth Park Cup in 2006, after which she enrolled on a three-year degree course in equine science.

While Behan’s experience of riding makes the perfect foil for de Sousa’s demanding career, the harmony works both ways. De Sousa will have approved of his partner’s return to education: each of his five sisters is a teacher in Brazil. This time last year Hanagan was wide-eyed at his place alongside the likes of Richard Hughes, Ryan Moore and Kieren Fallon in the title race. De Sousa seems less overwhelmed by the prospect.

He is fortified by confidence from riding 47 winners in June and July alone, yet he is quick to acknowledge that acceptance by his seniors is governed by him adhering to the unwritten rules of the weighing room.

Fallon wanders by as we speak at Kempton: would de Sousa ever consider nipping up his inner? He issues a deep frown followed by a shake of the head; then a loud burst of staccato laughter. “Are you crazy,” he asks? “It’s very competitive on the track. You talk in the paddock but friendship is over when you get on the horse.

“You need to be careful with the big guys; in a race you cannot go where you like. You must have respect and ride with intelligence, otherwise they will punish you.”

His achievements against the “big guys” continue to grow apace, much of it digested by readers of weekly bulletins on the Sao Paulo Jockey Club website. He talks to his father often but has no real idea of the impact he is making at home. Professional demands mean that he has been back to Brazil only once in the last seven years. What would the reception be if he next returned as champion jockey?

He briefly entertains the idea, saying: “I guess it would be something, no?” But he quickly returns to default mode, adding: “There is still a long way to go, so I don’t think about it.” The crunch will come when Fanning, detained by a bone fracture since late June, resumes his place within Johnston’s jockey colony. Some of De Sousa’s rides from that source will dry up, but he is unperturbed.

“Mr Johnston has a big set-up with runners at many meetings every day,” he says. “No-one can be in three or four places at once.”

It is entirely feasible de Sousa could streak to the title on the back of rich pickings at venues no-one tends to notice. But while he may be anxious to proceed anonymously, his talent is far from unnoticed.

‘The worst thing is the cold… and the mushy peas’

Silvestre de Sousa makes no bones about it. “The best thing about riding in Britain is that racing here is better than anywhere else in the world. The worst thing is the cold.”

His hatred of icy winters is shared by fellow-Brazilian Premiership footballers who have barely arrived before they start plotting their exit. None better amplified the trait than Robinho, whose weekly wage of £160,000 could console him for only 15 months before he walked out on Britain.

Robinho’s compatriots at Manchester City lasted only slightly longer. Elano endured the hardship for two years, while Jo survived three. De Sousa may now be into his ninth year but he extends the clan sympathy.

“I can understand why the footballers want to go home,” he says. “We come from a place that is like paradise, but the problem is that the football season here is in winter. It’s a pity, because summer here is unbelievable. Okay, it can rain, but on a nice day it is beautiful.”

Although there isn’t much opportunity for him to indulge his favourite pastime of relaxing on a sandy beach, he once braved the Atlantic on a visit to the Galway Festival.

“It felt like an electric shock,” he remembers. “I went in the water and came straight out.” He enjoyed his two years in Ireland, even if he spent his free time in Dublin rather than sampling the rural delights of Kildare. And one of his travelling accomplices on the journey to Ireland from Brazil is still there. At the very least, his friend’s role as assistant trainer to Oliver Brady will be an education.

The food is not so much of a problem; de Sousa is an advocate of roast chicken, even if his features disintegrate at the mention of mushy peas, Sedgefield-style. “I tried it once; never again,” he laughs.

De Sousa enjoys his food, so it’s as well he can weigh out at 7st 12lb. “I need my breakfast and dinner every day,” he says. “I would be very weak if I had to do the sauna like some of the jockeys. I don’t think I could.”

A natural lightweight, de Sousa was looking forward to hosting a barbecue at his Thirsk home in the middle of a five-day suspension in August.

“You should come along because it will be good fun, I tell you,” he says. “The only thing I cannot promise is a sunny day.”

Up Next
The horse must be central to racing debate