A Keeneland September Sale like no other drew to a close in Lexington, Kentucky, on Friday with the final of 12 sessions of selling.

No one expected records to be broken in this Covid-stricken year. Instead, there was relief that Keeneland was able to stage an outlet for breeders to shift their stock, and at every level of the market.

Led by a $2 million son of Tapit purchased by the partnership of Eclipse Thoroughbred Partners, Robert LaPenta, Gainesway and Winchell Thoroughbreds, there were 15 yearlings who made a million dollars or more. 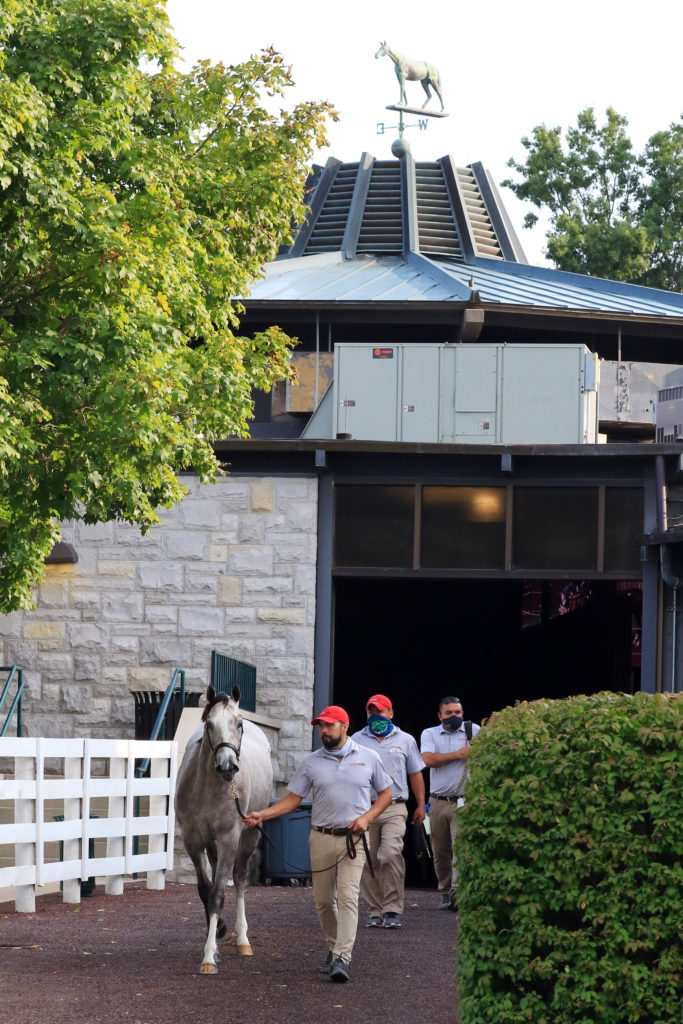 The 2019 renewal also featured bold participation from the Maktoum family and while the pre-sale jitters that not one member would invest this time around were eased when Sheikh Hamdan’s Shadwell Estate Company went on to purchase $5.42 million worth of stock, Sheikh Mohammed’s Godolphin, last year’s leading buyer, did not make a single purchase. Nor did the Maktoum-affiliated Rabbah Bloodstock.

“Last year was an incredible market,” said Geoffrey Russell, Keeneland Director of Sales Operations. “Trying to replicate those results, even in a normal year, would have been difficult. No doubt, COVID-19 and the travel restrictions due to the pandemic had a strong impact on some aspects of the market. Certain major players did not take part. However, a deep, diverse buying bench still participated at all levels. It was very rewarding that the second week of the sale was stronger than anticipated.”

The high-flying million dollar sales of Books 1 and 2 masked the fact that both books suffered from a high withdrawal rate and low clearance – by the end of Book 2, it sat as low as 60%. However, it is worth remembering that these elite offerings often belong to breeders who do not need to sell; indeed, as the sale moved on into the later books, vendors spoke of a solid trade that in turn pushed the clearance rate into more stable waters. By the end of the sale, 75% of horses were officially listed as having been sold.

“The September Sale can be measured as a success given that in these uncertain times the market proved there is still tremendous interest and money for quality racehorses at all levels,” Keeneland President and CEO Bill Thomason said. “Everyone who participated should be applauded for their unprecedented efforts to make this market a reality.”

Shannon Arvin, Keeneland President-Elect and Interim Head of Sales, added: “Keeneland is fortunate, in the midst of a pandemic, to be able to not only hold the September Sale but do so on its originally scheduled dates.

“I’m so proud of the Keeneland team who, immediately after the Spring Meet was cancelled and the lockdown in Kentucky was announced in mid-March, began collaborating with state and local health officials, breeders, consignors, buyers and others in the Thoroughbred industry, to plan for the September Sale even as the landscape changed almost daily. The success of this sale is a testament to the cooperation among everyone involved and the resiliency of our industry.”

Keeneland did what they could to assist participants, notably via the introduction of a live bidding platform.

The highest price recorded online was the $825,000 paid by Yuji Hasegawa for a colt by Tapit out of Breeders’ Cup Distaff winner Stopchargingmaria.

“Online bidding worked as smoothly and was as popular among buyers as we had hoped,” Arvin said. “When you try something new, you kind of hold your breath to see how it goes. We are very pleased with our partner, Xcira, and the online auction technology system, as well as the level of participation by buyers.” 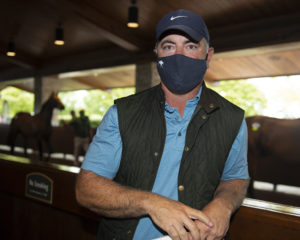 Overall, the sale’s leading buyer was Donato Lanni, agent for SF/Starlight/Madaket. On behalf of the partnership, which recently tasted Kentucky Derby success with Authenitc, Lanni purchased 28 colts for $11.25 million. At $775,000, the group’s most expensive purchases were sons of Into Mischief and Quality Road.

Authentic’s sire, Into Mischief, ranked as the sale’s leading sire with 57 horses sold for $25,401,000, for an average of $445,632. Among them were five seven-figure horses, including the $1.9 million top-priced filly during the second session, the $1 million colt who topped the fourth session and the $625,000 colt who led the fifth session.

Darley’s Medaglia d’Oro was the leading sire by average with 18 yearlings averaging $599,722.

Champion Gun Runner led the way among those with first yearlings thanks to total sales of $8.12 million for 32 horses.

For the sixth year in a row and the 22nd time since 1988, Taylor Made Sales Agency was the September Sale’s leading consignor. Taylor Made sold 252 horses for $29,783,400, including the $1.9 million Into Mischief filly. 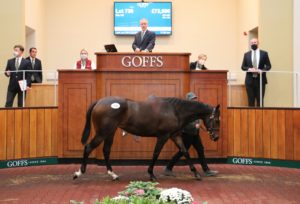