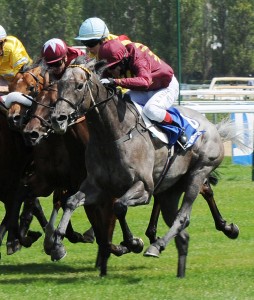 The French-bred, British-trained Manighar was fourth in Saturday’s Caulfield Cup

Aushorse, the Australian thoroughbred marketing board, is extremely good at reminding the world of the international successes of Australian-based sprinters. One fact which it has understandably been less keen to highlight, however, has been that in the Caulfield Cup, a Group 1 handicap which stands as arguably Australia’s premier race at around a mile and a half, one had to go down to number 12 to find a horse bred in Australia, the 11 highest-weighted horses all having been bred overseas.

Happily for Aushorse, the Adelaide-trained Southern Speed galloped to the rescue of Australian pride, the four-year-old filly carrying number 18 and bottom weight of 52.5 kilos to victory. With the top 11 horses in the handicap comprising four Irish-breds, three NZ-breds, two French-breds, one German-bred and one US-bred, Southern Speed was one of only five Australian-breds in the 18-runner field.

Southern Speed is the second Toorak Park Stud-bred with whom her trainer Leon Macdonald has hit the jackpot: in the 2008/’09 season he saddled Rebel Raider, a son of the Zabeel stallion Reset, to win both the Victoria Derby and the South Australian Derby. Southern Speed is also the second star from the Halo sire-line with whom Macdonald has enjoyed success: in 2008 he saddled Augusta Proud, a daughter of More Than Ready, to win the $1.5 million Magic Millions Two-Year-Old Classic at the Gold Coast in Queensland.

Southern Speed was ridden to victory in the Caulfield Cup by Craig Williams, who enjoyed notable success in Europe when riding for Mick Channon in 2000, during which year he partnered Tobougg to win both the Prix Morny and the Dewhurst. 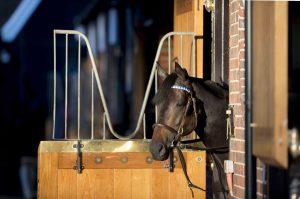