The Castlebridge Consignment has gone from strength to strength, and last year sold the world’s most expensive yearling

Plenty of companies wouldn’t be able to operate with four bosses split between two countries. This is exactly the format of The Castlebridge Consignment, however, and it’s one which doesn’t just work but positively thrives.

The extent to which this Anglo-Irish partnership has succeeded was underlined throughout the October Sales at Tattersalls last season when The Castlebridge Consignment topped all three books of yearlings before going on to head the December Foal Sale and December Mares’ Sale.

The four directors – Andrew Mead, Marion Goodbody, and Bill and Tara Dwan – have found a way to blend quantity with quality, as is evident by the sale of Hydrogen, the most expensive yearling of 2012, with the consignment’s increasing numbers reflecting the team’s pooled connections within the international world of bloodstock.

“We all have a strong background in the industry,” says Mead, who runs the English side of the operation from his office close to Tattersalls. The Newmarket farm, named Castlebridge East, is also handily placed for the auction house, not to mention walk-in coverings to Newmarket stallions for the resident broodmare band.

“Marion and I were bloodstock agents for around 18 years and you meet a lot of people during that time. Bill had extensive contacts through his time with Coolmore and Tara assisted her father, the trainer Michael Cunningham. When you put us all together we had a pretty comprehensive client list.”

That list, with clients from France, America, Germany, Australia, Hong Kong, Scandinavia, Japan and of course England and Ireland, has led to Castlebridge routinely being the largest consignor at Tattersalls with the unique aspect of the business being its dual nationality.

“The fact that we have an English and Irish aspect to Castlebridge is a great benefit,” admits Mead. “And we’re the only consignor that covers every major sale in England, Ireland and France. We prep roughly a third of the horses we sell and we’ll meet the others at the sales.”

The development to behemoth status has happened in a relatively short period of time. Castlebridge consigned its first batch of just 12 horses in 2002. At Tattersalls’ October Sale alone this year, 89 horses are set to go through the ring under its banner, with another 25 catalogued at Goffs’ Orby and Sportsman sales.

Bill Dwan, the public ‘front man’ of Castlebridge in its inaugural years when Mead and Goodbody took a more backseat role, manages the original Castlebridge Stud in County Meath with his wife Tara. He says: “When the four of us started out I didn’t envisage that we’d grow to this extent. We set no target but we’ve been fortunate to sell some really nice horses. I don’t think we ever believed we’d be topping the sale and selling a 2.5 million-guinea yearling. It was only really when the sale finished last year that we could sit back and take in what had happened.

“When Hydrogen went through the ring it was certainly an amazing evening but at the same time we were thinking about the Book 2 horses arriving that night.”

Mead agrees with his business partner, adding: “Every client’s horse is important – you may have just sold one horse wonderfully well but the next client needs and deserves your attention for their horse in just the same way. When a horse sells like Hydrogen you tend to save the emotions until later. Generally at the end of most sale days we’ll have a few beers with the staff and have a good chat about how things have gone.”

The 34 yearlings slated to appear in Book 1 include Hydrogen’s full-brother, consigned on behalf of his breeder Paul Makin, but he is not the only potential star. He is one of four Galileo youngsters in the draft, which includes a Shamardal half-sister to Creachadoir and Youmzain, and a Fastnet Rock filly out of Irish 1,000 Guineas heroine Nightime.
“Fortunately Hydrogen’s brother is very like him in looks and temperament,” says Dwan. “He’s a very relaxed horse and he’s been with us since he was a foal so we know him well. We’re praying that lightning strikes twice. 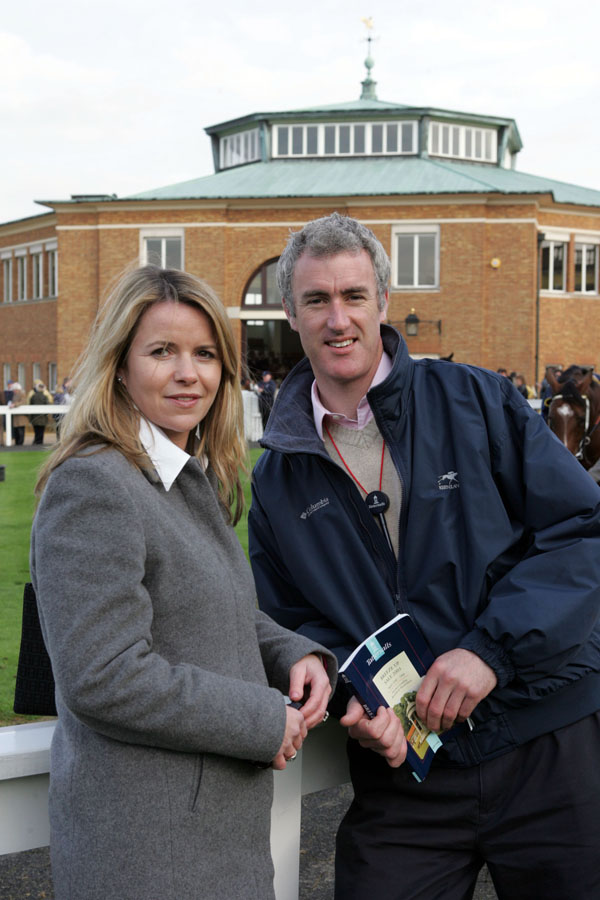 “The Shamardal filly out of Sadima is a really attractive filly with size and scope and she’s bound to attract attention being a half-sister to two Group 1 winners. The way things have started at Deauville and Doncaster indicates that the market could be very strong. Trade is also strong for horses in training which is good as it means people are in a position to reinvest.”

Hydrogen was of course knocked down to Sheikh Fahad Al Thani last year and much of the renewed optimism within the bloodstock industry stems from the significant investment of this young enthusiast along with various strands of his family, which rules the passionate racing nation of Qatar.

“These are very exciting times, they really are,” says Mead. “The new money coming in from the Qataris is wonderful for the industry. It’s reminiscent of the arrival of the Maktoum family for those of us old enough to remember that. I think potentially we’re in for a few incredible years. For the yearling sales over the next few months anything could happen.”

As we speak, the yearling sales have already been underway for almost a month and with horses in training plus foals and breeding stock to come, for those involved throughout, the season presents a thorough test of stamina, as Mead knows all too well.

“I think in the first few years we mismanaged our own energy levels slightly,” he admits. “By the time we got to Deauville in December we all felt less than 100% and by the end of that last sale we were shattered. We’ve got better at pacing ourselves and avoiding the late nights and now arrive in better shape. If you’re going to be serious about consigning you can’t really do too much socialising during the sales.

“It’s a long season and you have to treat it seriously. In fact, pretty much from the end of the breeding season we’re already preparing for the July Sale and then that goes straight into the Doncaster and Arqana yearlings. I’m lucky that I have a tremendous PA, Camilla Evetts, who is a vital cog in the machine and is very efficient.”

One of Evetts’ tasks is to organise the now-famous Castlebridge July party, which has become a mainstay of the ‘July Week’ festivities in Newmarket and attracts some fairly high-level gatecrashers among the revellers.

“We wanted to do something for everybody and hundreds of people come to the party who aren’t our direct clients but it’s designed to be fairly inclusive. We took a year off a few years back and it nearly caused a riot. We beefed up the security this year as we’ve had some gatecrashers in the past.”

Fun it certainly is, but the July party is not simply a good PR exercise, rather an approach which is continued throughout and against the more serious backdrop of the sales.

The key to the team’s philosophy is neatly summarised by Dwan when he says: “The horse business is also very much a people business and we’re lucky that we have a lot of repeat business from people we call friends rather than clients.”

It’s an ethos which has almost certainly gone a long way to ensuring the success of The Castlebridge Consignment.

And once October is over…

While Hydrogen’s brother is likely to be a highlight of Tattersalls’ October Sale, The Castlebridge Consignment’s involvement with his family does not end there and, once the yearling sales are largely complete, the team is likely to be at the forefront of a potentially explosive November Sale at Goffs.

The recently announced dispersal of the stock of Paul Makin’s Paulyn Ltd will be conducted in Kildare with all 25 mares, fillies, yearlings, foals and horses in training being consigned by Castlebridge. The headline act is arguably this year’s Irish Oaks winner Chicquita, but she goes to market alongside some pretty spectacular mares, including Fleeting Spirit plus her Galileo yearling filly and filly foal, and Funsie, the dam of Authorized and Hydrogen.

“I’m rather pinching myself at the quality of stock on offer – they’re collectors’ items,” says Bill Dwan (pictured). “Paul and Lyndall Makin’s decision to sell through Goffs has pleased everyone involved in the business in Ireland, it’s a real boost.”

The draft will also feature one of the first mares in foal to Frankel to be sold publicly. She is Song, the unraced sister to Yesterday and Quarter Moon and a grand-daughter of the great Alruccaba, for whom Makin paid 1.7 million gns in December 2009.

Dwan adds, “There are some seriously nice mares coming on the market later this season, then once you add in the Frankel factor, not to mention Galileo, it’s going to be a very interesting November and December.” 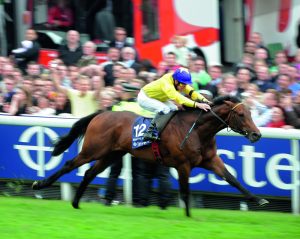 Up Next
First Group winner for Sea The Stars