Jamie Spencer shows his appreciation of Fame And Glory

Earlier this year, Jim and Fitri Hay joined Derrick Smith and Michael Tabor in the conglomerate of owners racing under the Coolmore banner.

Added to their already extensive string of horses were shares in the Irish Derby winners Fame And Glory and Cape Blanco, and the duo has already done them proud.

The former impressed many in the Ascot Gold Cup and is being hailed as the successor to his former stablemate Yeats, while this weekend Cape Blanco swooped at Belmont Park to add the Grade 1 Man O’War Stakes to a CV that also includes last year’s Irish Champion Stakes.

That association has doubtless helped Spencer to rebuild bridges with his former boss Aidan O’Brien since they went their separate ways at the beginning of 2005 after his one-year stint as Ballydoyle’s stable jockey.

While Fame And Glory is being primed for the Prix de l’Arc de Triomphe, Cape Blanco may well head back to the States for the Arlington Million followed by the Breeders’ Cup. They are potentially mouth-watering international engagements for Spencer, whose handling of these two stars so far this year proves that he remains more than capable of holding his own on the big stage. 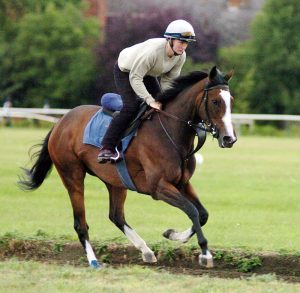 Up Next
Fittocks Stud graduates excel in America