Calling all runners for the Heath Race

The Newmarket Joggers are seeking entrants for the annual 6km Heath Race which takes place on Thursday, 6 May from 7pm and is this year raising money for Headway Cambridgeshire, a charity which looks after people suffering from head injuries.

The race, which starts on the Heath near to Sir Mark Prescott’s Heath House Stables and winds up Long Hill to Warren Place before finishing downhill along Bury Side, is open to all runners and regularly attracts a huge turnout from the local racing and breeding industry. Yards and studs are encouraged to enter teams of three to vie for the Stud and Stable Staff Challenge, which was won last year by runners who had travelled all the way from John Dunlop’s Arundel stable.

Hayley Turner is a supporter of Headway Cambridgeshire

Carolynn Anderson, who works for Darley and is Chairman of the Newmarket Joggers, said: “This year we have decided to support Headway Cambridgeshire because a lot of stable staff and jockeys who have suffered falls are likely to have received help from the charity.

“I would like to think that we can beat last year’s total and raise close to £2,000. This is a very popular race and I would urge anyone who is interested in running to get online and book their place now to avoid disappointment.”

Leading jockey Hayley Turner, who lives in Newmarket, is a supporter of Headway, having first heard of its work when she was recovering from a fall on the Newmarket gallops in 2009.

She said: “Through my contact with Headway Cambridgeshire, I have seen first-hand the devastating effects of a brain injury, not only on the individual, but also on those who care about them. Headway offers a unique service to those who really need their support.”

Registrations for the Newmarket Heath Race, which has an entry fee of £10 per runner, can be taken on the day up to 6.45pm but competitors can also register in advance online via www.newmarketjoggers.co.uk 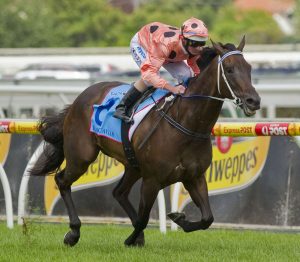 Up Next
International raiders confirmed