Sales of jumpers in training have flourished while others have slumped

On an April evening in 2004, while a new record breeze-up price of 500,000gns set Tattersalls’ auction arena alight in Newmarket, some 100 miles away at Cheltenham a new sale took place.

Brightwells – a multi-faceted company then best known in bloodstock circles for staging low-end sales at Ascot and Malvern – put on the fledgling event at the racecourse, producing a respectable top price of £80,000.

It was a promising start but few then realised that this was the beginning of a new genre of sale that now accounts for a high proportion of the dearest National Hunt horses sold. There are now six Cheltenham sales, turning over £7.2 million in 2010, and last year’s £260,000 April top lot actually sold for more than the same night’s star at Tattersalls.

Largely made up of lightly-raced bumper and Irish point-to-point horses, the sales offer the type of ready-to-run animals craved by the many owners who now seemingly shun untested stores. Trainers are also becoming used to receiving the finished article at their yards, rather than breaking and bringing on young horses.

Kim Bailey, who picked up the mare Silver Gypsy for just £10,000 at a Cheltenham sale and paid £120,000 for Darna at Newbury’s recent auction, has seen a swing away from owners wanting stores.

He says: “It was nearly all stores when I started training, very few good form horses came up for sale, but now people will sell if they get a chance to make money. These sales have a good format and work very well. They give everybody a chance of buying a horse able to run very quickly. The store thing has really dried up, they are very hard to sell on now.

“I’ll happily bring them on but the worst thing for an owner with stores is that they fork out a cheque every month and wonder why they are doing it, so I do an all-in-one figure for a season’s training fees as well.” 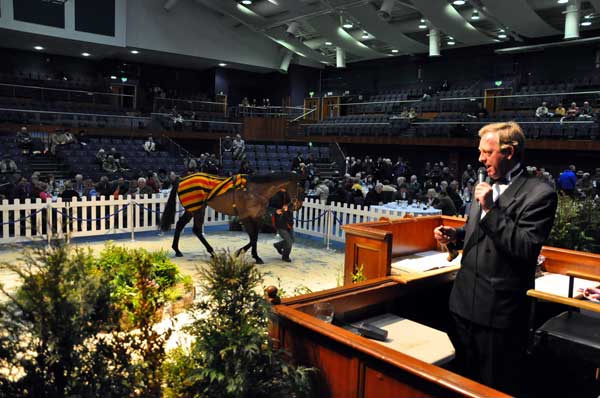 While DBS’s Spring Sale in May has long included similar lightly-raced types, those horses were traditionally sold to run the following season, but the new boutique auctions can offer altogether more instant action. A recent example is Handy Andy, who landed a point-to-point on January 23, was sold for £115,000 at Cheltenham six days later and won a Newbury novices’ hurdle for Colin Tizzard in February.

Their success has not gone unnoticed by rival companies, anxious not to lose out on market share. Alongside Cheltenham’s six sales this year, over the past 12 months DBS has introduced events at Newbury in March and November, while Tattersalls Ireland and Goffs will both hold new auctions in May.

Brightwells’ inspiration for its first Cheltenham sale in the Centaur building came from the company’s glitzy auction of showjumpers and dressage horses at Addington and it has gone on to create a public marketplace for many Irish pointers that would previously have been sold privately.

“I think we have created a new market for National Hunt horses that wasn’t there before,” says Brightwells’ Head of Bloodstock Matt Mitchell. “From a vendor’s side it’s satisfactory because you know what the market values your horse at and for purchasers it give more options of horses to buy. The location and timing of sales after racing are ideal.

“The main thing for us has been to identify the horses that have performed well on the track and in point-to-points and we have people in Ireland like Michael Moore, who knows the form and horses very well, and good personnel in Britain.

“Logic would dictate that the next step is that some French horses come in there as well. There are barriers in that the French are not always used to public auctions but it’s something I think could grow over a period of time.”

County Tipperary-based Andy Slattery, who sold Chablais for £260,000 to top last year’s April Sale and also received £162,000 for Invictus, is a recent convert to the auctions.

“Probably up to last year we never had to go to a sale, we’d normally sell them at home, but since the recession things have changed,” says Slattery. “And even though last year we could have sold the two horses privately beforehand, we decided to take them to Cheltenham and I was surprised by Chablais’s price because I didn’t think any horse would make that much.”

Peddlers Cross’s vendor Thomond O’Mara, also based in County Tipperary, has noticed another impact on the private market for point-to-pointers in Ireland.

“These sales have been a bad thing in the respect that they have stopped some of the British agents driving around Ireland and calling in at your yard,” says O’Mara. “At the point-to-points from the start of February onwards you always used to be able to pick out five or six English trainers but that’s stopped.”

Nothing epitomised the boutique concept and its selective market more than DBS’s inaugural pre-Cheltenham sale at Newbury on March 5, when only 14 horses sold but five of those made six figures, and company boss Henry Beeby admitted the new sale was a reaction to the changing marketplace.

“Of course we’d seen what has happened elsewhere,” says Beeby. “The store horse market is very selective these days and so much is now about instant action. Concise, quality catalogues are what people want and the clearance rate at Newbury demonstrated that there are people for quality horses but nobody for the rest.

“We are mindful of the fact that a lot of these sales have jumped up and for the time being we will stick to two sales at Newbury and review it in the future.”

DBS held a National Hunt breeze-up at Cheltenham from 2004 to 2007 and were less than amused when the racecourse then announced a 25-year exclusivity contract with Brightwells, who in return financed a sale ring and other facilities.

In a powerful statement at the time, Beeby commented: “I’m appalled. I’m not criticising Brightwells, because all’s fair in love, war and business, and legally Cheltenham could do what they wanted, because our contract had ended.

“But, in effect, Cheltenham have shafted us. From the point of view of business ethics, they’ve used shoddy, underhand tactics by not coming to us, as the existing partner, at all.”

With Brightwells having now produced a promotional brochure, rivalry continues between the sales companies for a share of the boutique market. Indeed, the ten such sales in 2011 include three in five days in early May. Few believe that there will be a place for all the new fixtures, which are all reliant on finding a handful of horses who will bring big prices.

Mitchell says: “Imitation is a source of flattery but there is a danger that the market is going to become diluted. If a sale has been put on just for a strategic reason of weakening other sales then they won’t work in the long term. A strength of the market is the limited number of horses around. But I suspect the vendors will determine the market and be selective where they send their horses.

“And I think we’ve probably reached our optimum number of sales at Cheltenham now; each one has a reason for its existence but I don’t think there’s any point in putting on other sales for the sake of it. We could add breeding stock, foals and yearlings but it’s not something we’d do at this point in time. We’d do it only if we got support from a couple of major vendors.”

He says: “There’s not a shilling in Ireland at the moment and I can’t see those sales taking off. If I have really good horses I’d take them to England, where the buyers are.”

Murphy echoes those concerns, saying: “I hope it doesn’t turn into a situation with too many sales but it is looking like that because they are cropping up everywhere. There are only so many good horses. It’s a limited market and you can’t have an infinite number of sales.”

An integral part of the initial boutique market has been National Hunt breeze-up horses, but these unraced youngsters have proved nearly as hard to move on as stores, though Mitchell believes there is still scope for that market to take off.

He says: “The National Hunt breeze-up is in a similar position to where the Flat breeze-ups were in their early days, where buyers question whether a horse has been tried. Horses who have come from the breeze-ups have performed at the highest level on the track and that’s going to be the key to them getting credibility.”

Slattery sold an Oscar three-year-old for £65,000 at Brightwells’ breeze-up at Cheltenham in December, but feels the horse could have been worth even more.

He says: “We do breeze-ups but they are much harder. We sold that horse to Kim Bailey but I think he’d have been our top four-year-old this year and would have made double that price if we’d sold him with form at the April sale. But we buy horses to turn them over, so you have to take the money.”

Peddlers Cross demonstrated the value of form, having been unsold at £58,000 at DBS’s Kempton breeze-up in December 2008 but with a point-to-point win to his name made £100,000 at Cheltenham four months later.

“The National Hunt breeze-ups were nearly impossible last year and I think they are pretty much finished,” says O’Mara. “They got going when everything was on a complete high in the market. I’d certainly now be looking to run everything before I sell them.

“The market is still strong for a form horse that can look impressive winning his maiden on his first or second run. They are the ideal horses to sell and that market is very safe at the moment.”

But putting a horse into training can’t be a solution for every store consignor, not least because of the costs involved, and only a handful of young jumpers realise big prices.

Slattery adds: “We talk about the good ones all the time but we don’t mention the ones that don’t make it. You don’t want to be taking bad horses to those sales.”

Robert Waley-Cohen has spearheaded a series of four-year-old point-to-points in Britain as a grounding for young horses, but they still cannot compete for sale horses like their Irish counterparts, where it is not uncommon to see six-figure stores start their career.

“There are some fabulous courses to run the young horses in Britain and it’s a shame the industry can’t produce quality four-year-olds to win the races and sell them on,” says Warwickshire-based Murphy, who hails from County Cork. “But you can’t equate the English form with the Irish form at the moment and it’s a pity the point-to-points here can’t be promoted more. I’d certainly run four-year-olds in them if they were.” 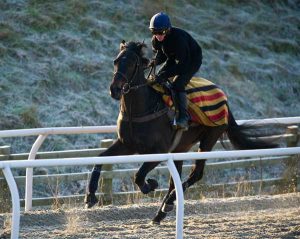 Up Next
Flat season preview