Business as usual for ‘Himself’

Newmarket residents have grown accustomed to being able to witness some of the world’s best racehorses in training on the Heath over the years. It is testament to the town’s standing as the headquarters of British racing and the respect given to its equine inhabitants that a horse as famous as Frankel is able to carry out a morning’s work in public but unbothered by fans. 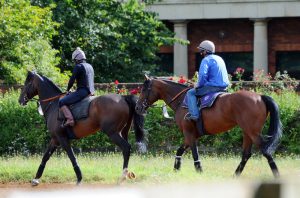 Away from his usual position at the head of Sir Henry Cecil’s string, the unbeaten superstar appeared in a later morning slot on Saturday but, as always, he was with his regular work-mate, lead-horse and three-parts-brother Bullet Train.

The pair had their first canter since appearing in the QIPCO Sussex Stakes on Wednesday, in which Frankel recorded his twelfth straight victory and Bullet Train played his hugely important role as companion and pacemaker. Largely unnoticed by those present on the Heath on a busy Saturday morning, they went about their business with the minimum of fuss, returning to Warren Place from their gentle exercise in a quiet and relaxed manner.

An eagle-eyed Irishman in town to see his own horse stopped Cecil’s assistant trainer Mike Marshall after he had seen Frankel and Bullet Train safely across the road for home and asked simply, “Is that Himself?”

Frankel may have spent his career thus far being compared to the great Brigadier Gerard but it would seem he is now considered special enough in some quarters to have inherited the nickname of the legendary Arkle. Few would argue with that. 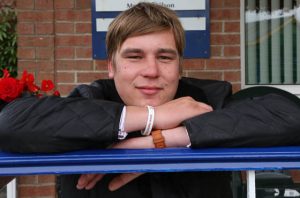 Up Next
Bigger and better