Dream Ahead beats Goldikova in the Prix de la Foret

It’s often said that there are more British than French racegoers at Longchamp on Arc day and those UK-based fans and punters who made the trip to Paris were richly rewarded, with four of the eight Group 1 races on the card falling to British-trained horses.

The fact that he stole the crown of ‘La Reine Goldikova’ when winning the Prix de la Foret will not have endeared Dream Ahead to the home crowd, but with five of his six career wins being in Group 1 company, the David Simcock-trained colt will doubtless have a growing legion of supporters.

Dream Ahead has run his last race in the sole ownership of Khalifa Dasmal and the son of Diktat will join the stallion ranks of Ballylinch Stud in County Kilkenny in 2012.

William Buick, who has partnered Dream Ahead in every start bar his July Cup victory – which famously provided Hayley Turner with her first Group 1 success – celebrated a Group 1 double on the day, with two-year-old filly Elusive Kate winning the Prix Marcel Boussac under his guidance.

He and his boss, trainer John Gosden, enjoyed a fraught start to the day when being arrested on landing in Paris on suspicion of spying because the plane on which they were travelling had flown over a secret base. Buick was no doubt relieved merely to be able to surrender his passport before making his way to Longchamp, where his percentage of prize-money from two valuable race wins will no doubt help to cover the fines reportedly ensued in the bizarre incident.

Frankie Dettori had no rides for Godolphin on Arc day – unusually Kieren Fallon rode the stable’s only runner, Falls Of Lora – but this did not stop him joining Buick in a double celebration. With the craftiest of rides, he smuggled France’s star juvenile Dabirsim up the rail to win the Prix Jean-Luc Lagardere before giving young Newmarket trainer Roger Varian plenty to smile about with his first Group 1 victory coming courtesy of Nahrain in the Prix de l’Opera.

The Sheikh Ahmed-owned filly’s win would have been particularly special to all involved at Kremlin House Stables with the team having paid its last respects to the former ‘guv’nor’ Michael Jarvis at a moving memorial service in Newmarket on Friday.

In the manner of his former boss, Varian was out with his string early on Monday morning, steadily going about his business in the quiet way that makes him the perfect successor, though he could be forgiven for having a little extra spring in his step.

He said: “Yesterday was a really special day and we celebrated quietly but it’s an ever-changing game with horses and you can miss so much if you’re not there as much as you can be.

“That’s the way Michael did it and that’s the way we’ll continue to do it. We can’t sit around thinking we’ve arrived just because we’ve had a Group 1 winner. It could be a long time before the next one comes along.

“This is a busy week for us with the sales about to start in Newmarket and we have quite a few big runners in the next few weeks so now it’s all about focusing on them and making sure nothing is missed.”

It wasn’t only Newmarket-based trainers firing in winners in France, however, as Yorkshire’s Bryan Smart was also celebrating after sending out Tangerine Trees to win the Prix de l’Abbaye.

The hugely consistent six-year-old gelding has now won 12 of his 34 starts for his owners, the Tangerine Trees Paartnership, including a Group 1, Group 3 and Listed race this season. His victory gave his pensioned sire, the dual Temple Stakes winner Mind Games, his first ever winner at the highest level. 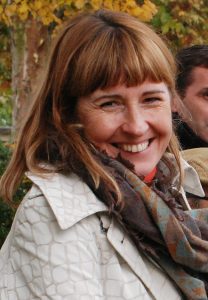