By The Owner Breeder staff 04 September 2020

The British European Breeders’ Fund will provide a further boost to prize-money by a total of £750,000 between September and the end of this year.

As racing returns to nearly its normal race programme for the autumn and winter months, the British EBF is returning its contributions to pre-Covid levels, with the largest monthly investment coming this month in September, when over £400,000 will boost prize-money levels.

All races carrying EBF conditions being run between £1,000 and £25,000 are above the minimum level and every race from Class 5 novice and maiden races to Listed contests and fillies’ handicaps are set to benefit from the additional prize-money.

At next week’s St Leger meeting three EBF races will be run at the agreed pre-Covid-19 levels: the Carrie Red Fillies’ Nursery Handicap worth £50,000, the EBF Premier Fillies’ Handicap with a prize fund of £30,000 and a brand-new Class 2 two-year-old maiden that is also worth £30,000.

Jon Pullin of ARC said: “ARC has a longstanding and positive relationship with the EBF, and we are delighted to once again welcome them to the St Leger Festival at Doncaster.

“Their contribution, combined with that which ARC are making, will ensure that prize-money for the races to which they support will be run at the same level as previous years, along with the new Class 2 maiden for two-year-olds.”

Charlie Parker, President of the Racehorse Owners’ Association, added: “On behalf of the. ROA and the Horsemen’s Group, we welcome the announcement today from the British EBF that they will be supporting the revised fixture list from September to December this year with a contribution to prize-money which will exceed £750,000.

“We have seen significant downward pressure on prize-money since resumption so the work that the British EBF has done and today’s announcement is very good news for all horsemen.” 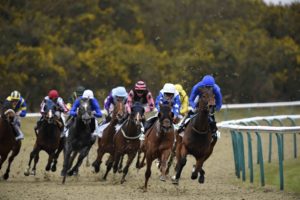 Up Next
Search begins for new equine disease surveillance services