Tiger Roll taken out of the Randox Grand National
Stories

British EBF to contribute £1.7 million to prize-money on the Flat in 2022

An additional £100,000 will support a new series of two-year-old races

The British European Breeders’ Fund will contribute £1.7 million to over 700 Flat races this year as part of its ongoing commitment to supporting developmental races and enhancing prize-money across the racing programme.

An additional £100,000 has been allocated to a new series for EBF-eligible two-year-olds on the Flat, with details to be announced next month.

EBF Future Stayers races, which have launched the careers of a number of top-class performers, including last year’s Irish Derby and Grand Prix de Paris winner Hurricane Lane, will also see continued support. Such races are restricted to the progeny of sires or dams that ran over a mile and a quarter and above.

Ed Harper, Stud Director at Whitsbury Manor Stud, joins the EBF’s Board of Trustees, with Chris Richardson of Cheveley Park Stud stepping down in the spring after serving two full terms.

Simon Mockridge (Juddmonte Farms) is set to be succeeded by Shane Horan after six years as a Trustee. Sam Bullard will return to replace Jono Mills as the Darley Stallions representative.

British EBF Chairman Simon Sweeting said: “Chris Richardson, Simon Mockridge and Jono Mills have been dedicated members of the board; on behalf of the British EBF I thank them for their time, hard work and being wonderful ambassadors for the organisation.

“They have helped guide our recent decision making, been conscientious and provided practical support and solutions to the British EBF through a challenging couple of years for British racing.

“We are looking forward to welcoming Ed Harper and Shane Horan to the board of Trustees from Whitsbury Manor Stud and Juddmonte.” 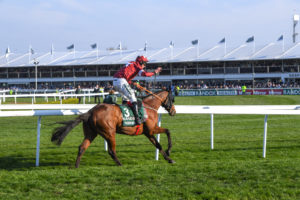 Up Next
Tiger Roll taken out of the Randox Grand National