Those present at Epsom racecourse on Friday witnessed a sensational performance from the Aidan O’Brien-trained Snowfall as she blitzed her rivals to capture the Oaks by an astonishing 16 lengths.

In the process, Snowfall provided O’Brien with his ninth success in the fillies’ event and a 40th British Classic.

Much of the build-up had focussed on Snowfall’s stablemate Santa Barbara, who had been touted as the perfect candidate for this race based on glittering reports about her work at Ballydoyle Stables.

But as Frankie Dettori took a long look over his shoulder as the field bunched up after entering the home straight, he knew that he had the measure of Santa Barbara when asking Snowfall to push on.

In a flash, she reeled in the George Boughey-trained Mystery Angel to take the lead and once clear up the stand’s side rail, she was not going to be caught and sealed her impressive victory by a clear margin.

O’Brien said: “We thought she was very good last year and ran her in all the big races. She’s got stronger over the winter. We’ve been over the moon with her at home since her impressive victory at York [Musidora Stakes]. We knew she had a lot of class coming here and Frankie gave. Her a very good ride. She looks special.”

For Dettori it was a 21st Classic win, equalling Fred Archer’s tally, and the jockey added: “They were going far too quick and I had the luxury of taking my goggles off with five furlongs to travel – I couldn’t believe it.

“She went through the field like a hot knife through butter. I had everything beaten in front but was afraid of Santa Barbara. When I saw some daylight I thought ‘I’m going now’ and she took off.”

Snowfall is the third Classic winner to be bred on the Deep Impact – Galileo cross alongside Saxon Warrior, who won the QIPCO 2,000 Guineas in 2018, and last year’s Prix de Diane heroine Fancy Blue.

Despite the wet weather, Pyledriver finally had his day in the sun as he fought off the challenge of Al Asy to capture the Group 1 Coronation Cup.

It was jockey Martin Dwyer who made a decisive move descending into Tattenham Corner as he placed Pyledriver in the lead as he was clearly unhappy with the fractions Highland Chief had been setting at the front.

All the while, Jim Crowley had been stalking on Al Aasy and was produced by his jockey to wrestle the race from the grasp of Pyledriver. But Pyledriver would not go down without a fight, and he battled back to win by a neck.

For Dywer victory in the Coronation Cup saw him complete the Epsom treble having won the Derby on Sir Percy in 2006 and the Oaks in 2003 aboard Casual Look.

Dwyer said: “He really dug deep. It was a tremendous race to ride in and I’m sure it was to watch. Two very good horses drew clear. He deserved to win a Group 1. He’s won two Group 2s and mixed it at the top level. We’re just delighted he’s won his Group 1 and hopefully he can do it again. 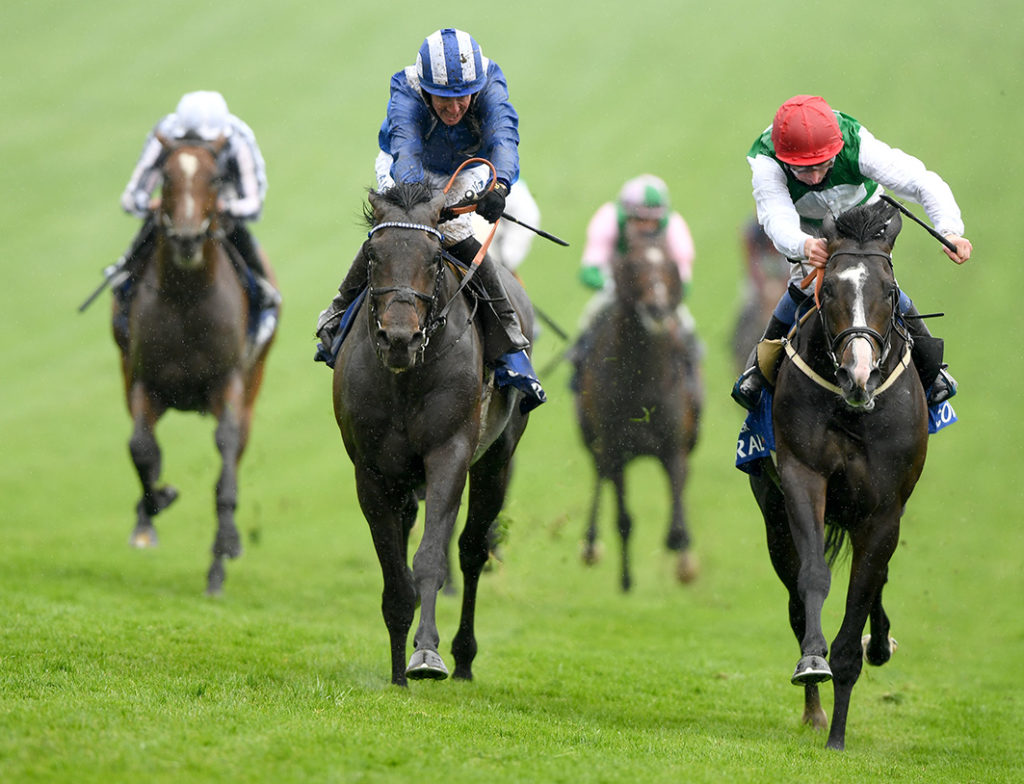 “It’s special. If you’re not fashionable, it’s hard to get good rides. Sometimes you feel you are defending yourself if you don’t win. Half my worry was losing the ride on him. When it comes right and you win a big race, you enjoy it that bit more. I’m very excited. He can only get better.

“It’s getting harder and harder. All the good horses are in the hands of a very few trainers now and I think that is why people like to see horses like this fella, and with his sporting owners as well, as the underdog to have a go on the big day and achieve something.

“On a personal level, I’ve got to say there’s times when I’ve hated racing, hated it, had bad days and driven home in a bad moon. But days like this, I can’t describe in words what I’m feeling inside – it’s just euphoria.”

For trainers William Muir and Chris Grassick, it was a first Group 1 and Muir added: “I started training in 1990 and I’ve got touched off smidgens in Group 1s. Stepper Point got touched off in two and Averti got beaten in a photo in the Prix de l’Abbaye. I’ve never had a Group 1 winner, and this is it – this is what we do it for.

“I’m lucky I’ve not got it. Chris Grassick has only been at the job five minutes, and he’s got a Group 1 winner! Well done to Chris as well, who has gone to Bath.” 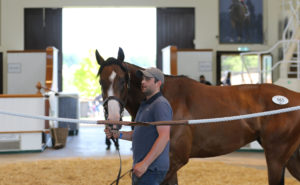 Up Next
Record price at Goresbridge Breeze-Up Sale as Dark Angel colt fetches £410,000