Our friends in the north
Stories

Was it your move from South Africa to Epsom, where you spent your schooldays, which fired your interest in racing?

Not exactly, but it was like throwing the fox into the chicken coop!

What were your earliest impressions of the sport?

The excitement of listening on the radio to the great Sea Cottage dead-heat for the Durban July Handicap in 1967 and watching the epic 1973 Grand National in which Red Rum caught the gallant Crisp in the dying strides; the first stimulated my interest, the second scarred me for life.

You now live in the United States but have a string of racehorses trained in England. Why?

I was brought up on English/European horseracing and the great variety of racetracks and race distances make European racing far more attractive.

What prompted your recent purchase of Kingsdown Stables in Lambourn and why did you pick David Lanigan to train there?

Kingsdown became available during the recent downturn and presented a good opportunity for me. The 1974 Derby winner, Snow Knight, amongst other champions, was trained there and I am hoping those results can be reproduced.

David is young, hardworking, talented and ambitious. He comes from a great racing family, has been around horses all his life and served his apprenticeship working for the best in the business. I have 19 horses with David and in a perfect world he will be at Kingsdown forever.

How often do you manage to see your horses in England?

I have 25 Flat horses spread between David Lanigan, Roger Charlton and John Gosden, plus three National Hunt horses with Tom Taaffe in Ireland. I come to the UK roughly three or four times a year, depending on the importance of the occasion. The rest I watch on satellite. I have been over a few times recently, principally to see the finishing touches being put to Kingsdown.

In the past I used to come only if I had a runner in a big race, but now I spend more time at Kingsdown. Being a tennis fan, I plan for the month of June in Europe for the French Open, Wimbledon and, of course, Royal Ascot.

To what extent are you involved in breeding?

I am quite involved and have a number of broodmares, which are boarded at the Lloyd-Webbers’ studs, Watership Down in England and Kiltinan in Ireland. I have studied pedigrees for 25 years, a pastime I have thoroughly enjoyed. I am keener on the breeding side than anything else and visit my mares at both studs from time to time.

I also seek opinions from people who are looking at my mares all the time; I might mention a certain stallion I like or want to use and they sometimes dissuade me, explaining various reasons why that stallion might not be suitable.

Do you have any plans to have your own stud?

I am very happy with the job being done by Simon Marsh, the Lloyd-Webbers’ bloodstock manager, who has been very responsible for developing Watership Down and Kiltinan. Both studs produce nice horses and at the moment I am not planning to have my own stud.

What do you look for in particular when buying horses at auction?

Good pedigrees, good conformation and good temperament. I listen to my trainers and a number of bloodstock agents – including Jeremy Brummitt, who bought my St Leger winner Masked Marvel, Tom Goff and Charlie Gordon-Watson – before forming an opinion.

Is there a limit on what you would spend on a racehorse and do you get a buzz from bidding at the sales?

There is certainly a limit, but of course that varies from type to type. I get a bigger buzz from offering at the sales, as that means money coming in rather than money going out! But, in truth, I don’t really want to sell because what I breed is what I am aiming for, and that’s to win the Epsom Derby or breed a filly that could produce me a Derby winner.

If I had something that looked like making very good money because it had a relative that had just turned out to be very good and I looked like getting a premium then I would consider selling. But basically, I am breeding to race.

You’ve won big prizes with the likes of Assessor, Tante Rose and Masked Marvel. Which gave you most pleasure and why?

Winning any race is great and winning the big ones is even better. But I wouldn’t like to differentiate between any of the performances of the horses you have mentioned. For me, they were and still are all very special. 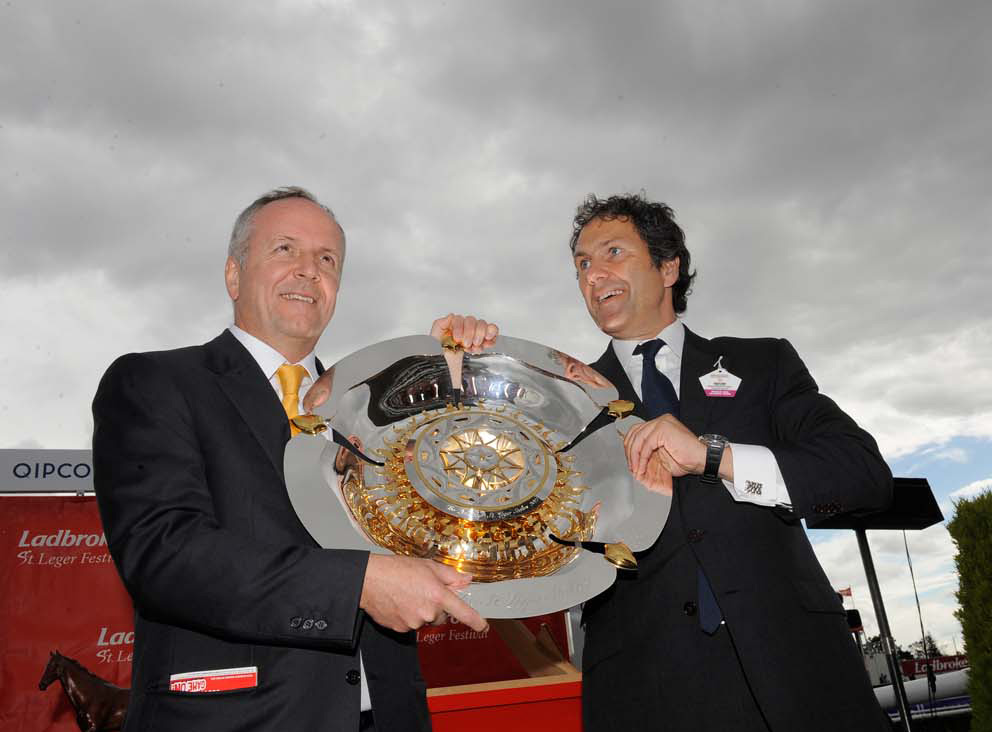 Masked Marvel wasn’t himself in the Arc. Do you plan to run him over a mile and a half this season?

The Arc was a little bit of an afterthought. He broke the track record in the St Leger and then running him three weeks later could have been asking a bit much. The Leger probably took the edge off him. But having said that, he was jumping, kicking and squealing at home and the ground was very much in his favour because he loves it on top.

We will bring him back to a mile and a half, starting with the Jockey Club Stakes at Newmarket on 2,000 Guineas day.

I have been known to have a good wager, but I don’t bet often. Splendorinthegrass is one that stands out. He was David Lanigan’s first runner for me at Kempton on the all-weather two years ago and David was very confident that day. Splendorinthegrass was 14-1, 12-1 and 10-1 and it turned out to be a great day for both of us.

Your horse Treacle fell in this year’s Grand National. What did you make of the furore surrounding the race?

The Grand National seems to have been turned on its head with 99% of the focus on a couple of negatives that happened rather than on the race itself. I think that’s wrong. Of course, it is very unfortunate that any horse dies anywhere. I have heard arguments from experts that the horses are going quicker as a result of the National fences being lower than they used to be. Some years there are fatalities and some years there are not.

People die driving racing cars and in other sports. Sport is a vital part of life and there is so much tradition in the Grand National that it will never go away. And let’s be honest, it was a fantastic race this year. Treacle was hampered early on and fell at the 10th, but happily he is 100% and we are planning to run him again in the National next year.

How do you see the future of British racing and how does it stack up against the American model?

I’d always be bullish about prospects for racing in the UK as it is a national pastime. There has been doom and gloom over prize-money since I’ve been going racing, the same with owners and breeders. I’ve been reading for 35 years that we’ve seen the last of the big owner/breeders, but you can’t get much bigger than the Arab involvement, can you? There will always be owner/breeders.

The prize-money issue has been an issue forever, but I am hoping it will improve. The English sport is very different to American racing, which tends to be principally over six furlongs to a mile at tracks in suburbia near big cities; in England courses are in the country and racegoers enjoy a day out in the countryside. In America it is more of a numbers game. The majority go for a punt rather than the horses.

What is your view of horses running on medication in America?

Being interested in the breed makes me anti-medication because medication artificially improves performance.

Does your wife, Debbie, or any of your three daughters have an interest in the sport?

Their interest is mainly social. However, they do know who Secretariat and Seabiscuit were.

Are you at all concerned with the prize-money situation in the UK?

Who wouldn’t be? Though I have to say I haven’t looked into the situation closely enough to be in a position to make an informed comment. John Gosden and his wife Rachel Hood, President of the ROA, are much more on top of the political side of the game. Apart from training horses they put a lot into the administrative side of the sport and we need people like that.

You’ve made your name in the hedge fund world. What advice would you give racing, where finances are always an issue?

Sadly, there is no free market in racing. Everyone knows Australia has the best system with bookmakers on course, which is always an attraction for racegoers, and Tote off-course.

How good were you at tennis?

I’d have been a lot better had I not discovered horseracing! I played all over England as a junior and went to play in the US on a scholarship. 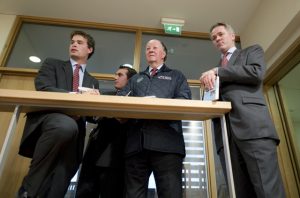 Up Next
Our friends in the north