The Bolster bows out
Stories

The six-year-old edged out a confrontation of champions

In one of the most pulsating finishes in Breeders’ Cup memory, Beholder prevailed by the narrowest of margins to claim her second Longines Breeders’ Cup Distaff on her final start.

The nine furlong contest was centred on three horses – Songbird, Beholder and Stellar Wind – the latter ruining her chances at the start.

The unbeaten three-year-old filly Songbird – 11 from 11 going into the race – was quickly taken to the front by Mike Smith.

Allowed to dictate her own pace, she held a half length lead turning into the stretch from I’m A Chatterbox and Beholder who was bearing down on the outside under veteran Gary Stevens.

The winners of 16 Grade 1 races between them, they joined battle over a furlong out and neither was prepared to give in. Heads bobbing back and forth, a nervous few seconds awaited the conclusion. Then it was announced that the Richard Mandella-trained mare had edged it by a nose.

For the 53-year-old Stevens whose career has been punctuated by injuries, this emotional success follows on from his win aboard the mare in the Vanity Mile Stakes back in June.

The daughter of Medaglia d’Oro went three runs subsequently without tasting victory, conceding to Stellar Wind on two occasions and California Chrome the other.

“It was a heck of a horse race, I can’t say enough about this mare,” reflected Stevens. “The job that Richard did and the whole team, Mr Hughes what a sportsman keeping an old man around like me.”

He continued: “When she drew the outside I told people this is a different race set up. I think it helped today I was able to ride my race and she was able to run her race she was very confident throughout.”

It was a heck of a horse race

Owned by Spendthrift Farm, Beholder will now sign off from a dazzling career which has included a staggering ten Grade 1 wins. Not only this, she becomes only the second horse after Goldikova to win three times at the Breeders’ Cup.

Earlier in the afternoon, it was a good start to the meeting for the home team as they took both the Juvenile Turf contests and the Breeders’ Cup Dirt Mile.

Although the European contingent were mob-handed in the Juvenile Fillies’ – the O’Brien family saddling three runners – they could never land a blow with Roly Poly and Ryan Moore faring best in ninth.

Joseph O’Brien’s first Breeders’ Cup runner as a trainer wasn’t to have a fairy-tale ending, as Moyglare Stud Stakes winner Intricately didn’t look to be suited by race conditions. 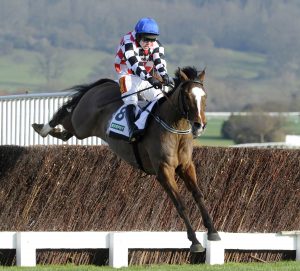 Up Next
The Bolster bows out