Joseph O’Brien celebrated another milestone on Saturday when his first ever jumps runner at Ascot, Fakir d’Oudairies, earned Grade 1 honours with a brave success in the Ascot Chase.

The gelding had come up short against Allaho in his previous two starts, when fourth in the John Durkan Memorial Chase at Punchestown and second in the Horse & Jockey Hotel Chase at Thurles, but with no such rival in his way on Saturday, duly rewarded the decision of his trainer to brave Storm Eunice and ship across the Irish Sea with a fine performance to land his seventh success overall.

Having been buried in midpack by jockey Mark Walsh as last year’s winner Dashel Drasher and Two For Gold took each other on up front, Fakir d’Oudairies began to make steady headway as they travelled down the back for the second time. From then on, the field started to thin out, with Lostintranslation calling it a day before the 12th fence and Saint Calvados pulled up after blundering five from home. With a bad error four out almost also bringing Dashel Drasher to a halt, it was left to Two For Gold and Fakir d’Oudairies to fight out proceedings and in a show of real tenacity, the latter came out on top, ultimately crossing the line a length-and-three-quarters to the good of his rival.

“They went a good gallop and he didn’t travel early,” Walsh told ITV Racing. “He only got his jumping together going past the stands and coming into Swinley Bottom, he jumped into third position. He made a mess of the second last but he was very tough and stuck his head down.”

It was a third Grade 1 success for Fakir d’Oudairies, who remarkably has finished out of the first four only once in 19 starts for O’Brien and J P McManus. The son of Kapgarde holds an entry in the Ryanair Chase at the Cheltenham Festival, for which he was cut into around 10/1. 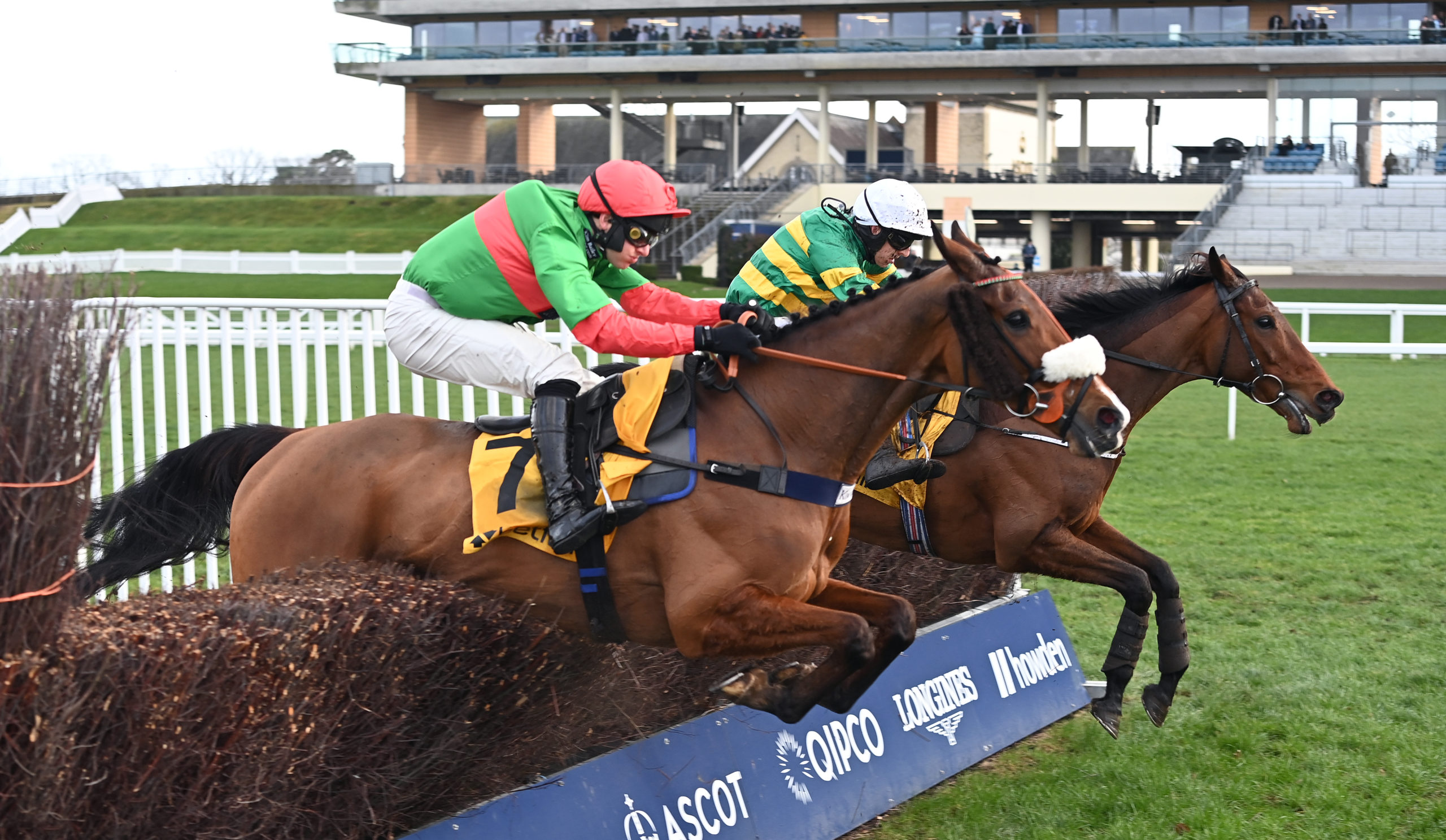 A sticky round of jumping wasn’t enough to hold Does He Know back from running out the 14-length winner of the Grade 2 Reynoldstown Novices’ Chase.

Ridden prominently by David Bass, Does He Know threw in a couple of wild leaps during the three-mile event, especially down the back second time round. But once pulled out into daylight, the gelding began to race with more zest and by the time they turned in, he had built up a wide lead that was maintained all the way to the line. Doyen Breed plugged on for second, six lengths ahead of Annual Invictus in third.

A former Grade 2 winner over hurdles, Does He Know was winning for the sixth time for trainer Kim Bailey and was cut into 8/1 favourite for the Ultima Handicap Chase at the Cheltenham Festival.

“He’s got a touch of class,” Bass told ITV Racing. “He made a couple of fiddly errors down the hill second time but I pulled out and gave him light and he got up on the bridle for me. His class shone through in the end.

“This horse isn’t easy, he’s quite quirky and a credit to everyone at home.”

Does He Know was bred by Mick Easterby and is by far the best jumper sired so far by the Japan Cup winner Alkaased from his time at Kelanne Stud in Hampshire. The son of Kingmambo was last recorded as standing in Italy. 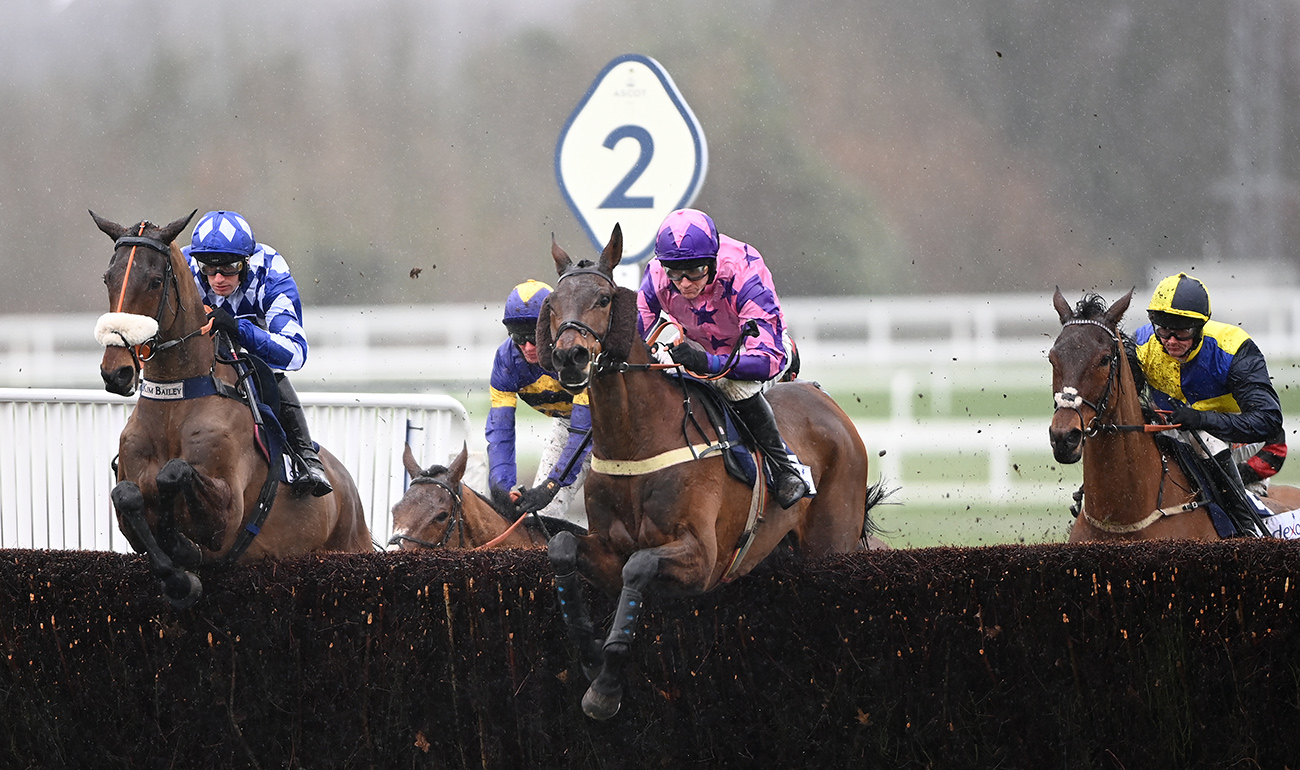 Goshen might be an enigmatic character but when he’s good, he’s very good, as he showed again at Wincanton when making it back-to-back wins for Gary Moore in the Grade 2 Kingwell Hurdle.

However, in contrast to last year’s 22-length romp, it was a hard fought victory, with Jamie Moore forced to pull out all the stops aboard Goshen to repel the challenge of Adagio.

Ridden aggressively as usual, Goshen opened up a fair lead down the back and was still full of running as he set sail for home turning into the straight. However, last season’s top juvenile hurdler Adagio wasn’t far behind and having breezed alongside approaching the last, appeared to have the measure of his rival. The pair flew the last together and in a thrilling finish, Goshen answered every call of his rider to regain the advantage and win by a length-and-three-quarters.

The Kingwell is traditionally a prep for the Champion Hurdle. However, eight-time winner Goshen doesn’t hold an entry in the Cheltenham showpiece. 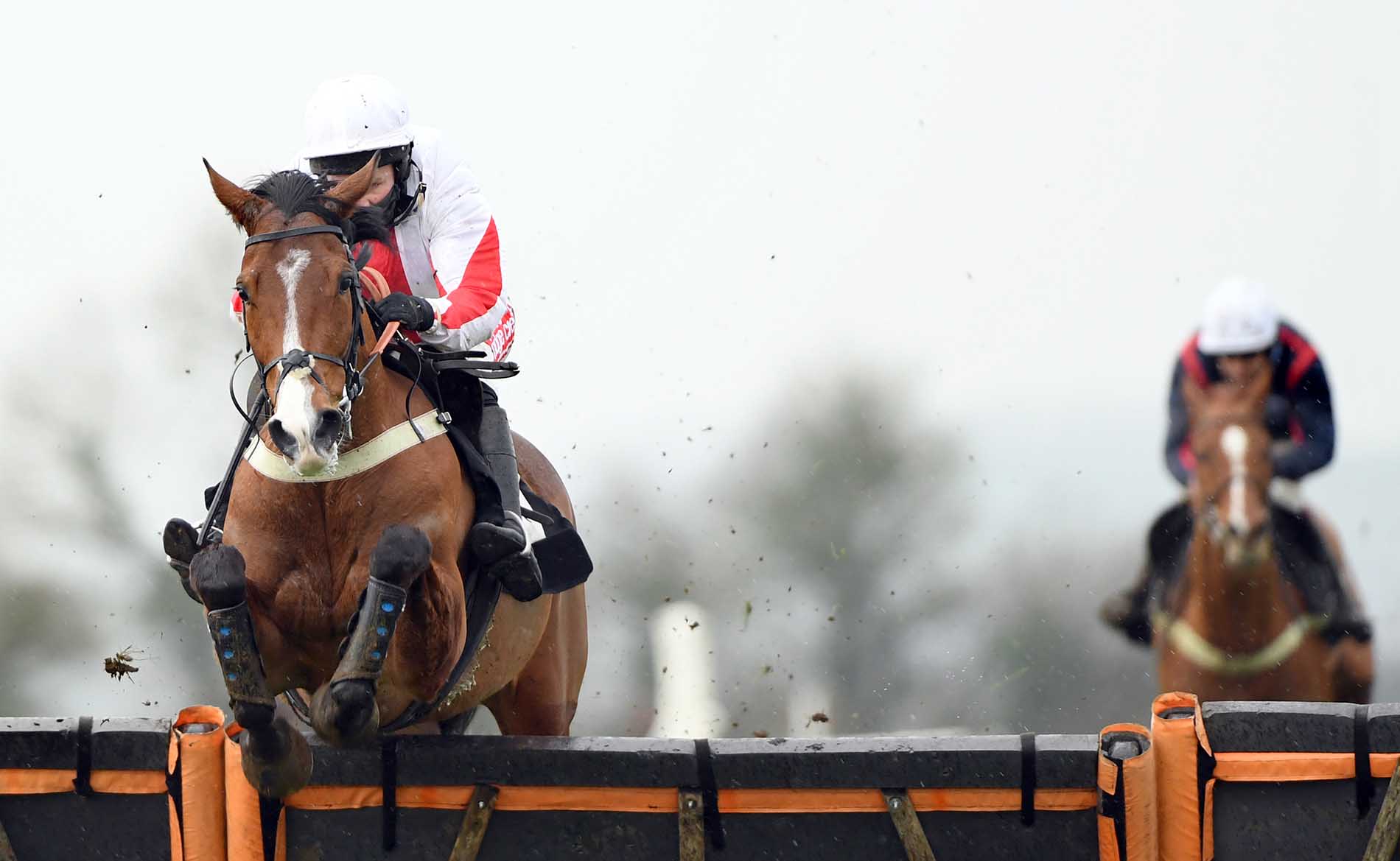 Over at Haydock Park, Wholestone overcame a lengthy absence to capture an attritional renewal of the Grade 2 Rendlesham Hurdle.

Making his first start since November 2020, Wholestone was nursed into contention by Sam Twiston-Davies to reel in the mud-loving front-runner Top Ville Ben approaching the last and stayed on dourly to land the spoils in a slow-motion finish. At the line, the Nigel Twiston-Davies-trained 11-year-old had 13 lengths to spare over Top Ville Ben, who was in turn 29 lengths ahead of the sole other finisher Third Wind. 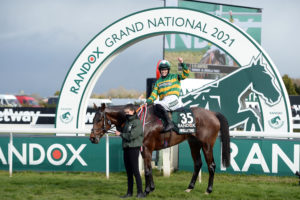 Up Next
Weights for the 2022 Randox Grand National announced