Botti is the Biz

While his brother Marco has fast made a name for himself in the British training ranks, Stefano Botti has remained on home turf in Italy, where he is enjoying a tremendous season.

Having won the Derby Italiano on May 19 with Biz The Nurse, Botti sent the Oratorio colt to take on his elders in the Gran Premio di Milano on June 9 and he duly became the first three-year-old winner of the race since the victory of Tommy Way in 1986.

Biz The Nurse was chased home by the four-year-olds Wild Woof and Romantic Wave, all three having been saddled by Botti, who also achieved the trifecta in the Derby Italiano. He is the son of Italy’s champion trainer Alduino, who operates in partnership with his brother Giuseppe.

Stefano Botti also landed the Listed Premio d’Estate on Sunday’s card at San Siro with Porsenna, a three-year-old colt by Dylan Thomas, while his other major wins this season include the Oaks d’Italia with Charity Line – having won that same Classic last year with this filly’s half-sister Cherry Collect – and the Premio Presidente della Repubblica with Vedelago, again having taken the Group 1 contest for the second year running. 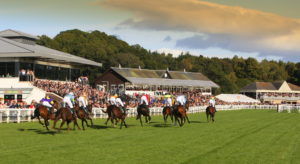 Up Next
Gerard Butler to face disciplinary hearing