In a bid to boost the number of opportunities for three-year-old sprinters, the European Pattern Committee has announced significant changes to the sprinting programme, including the introduction of two new Group 1 races.

In 2015, the Royal Ascot meeting will include an as-yet unnamed six-furlong contest for three-year-olds only, while back at the same course in October, the QIPCO British Champions Sprint has been upgraded to Group 1 status.

Further upgrades include Ireland’s Gtreenalnds Stakes, Sapphire Stakes and Flying Five, along with the Sandy Lane Stakes at Haydock and Goldene Peistche at Baden-Baden, all of which will be Group 2 races in 2015. Ascot will also stage a Group 3 sprint for three-year-olds, with the Pavilion Stakes having been promoted from Listed status, while in France the Prix Sigy and Prix Texanita, both exclusively for three-year-olds, have also attained a Group 3 mark.

Commenting on the enhanced opportunities for sprinters, European Pattern Committee Chairman Brian Kavanagh said: “The strategic objective in reviewing the sprint programme was to implement measures that will have a long-term, positive impact, delivering meaningful benefits both for European racing and for the European horse population.

“For horses performing at every distance other than sprinting, the European Pattern provides a three-year-old only programme until mid-summer, when the Classic generation is considered ready to take on the older horses. The committee believes it is no coincidence that when it comes to milers and middle distance horses, Europe can genuinely lay claim to having the best in the world, however, there is a definite lack of top class European three-year-old sprinters.”

Explaining that the committee’s aim is to create a more balanced sprint programme, he added: “The measures we are taking to address the situation are two-fold. Firstly, we have introduced a limited number of Pattern races restricted to three-year-olds in the first half of the European season, culminating in a new Group 1 race at Royal Ascot, and secondly, we have sought to provide better opportunities and greater incentives to run high-class sprinters in Europe. This includes the upgrade of a number of races, including the British Champions Sprint on QIPCO British Champions Day to Group 1, and the Flying Five on Irish Champions Weekend to Group 2.

“We acknowledge the steps we have taken are bold, some may consider them radical. However, the Committee believes they are warranted and that they will be of considerable benefit to European horseracing and breeding.”

Ascot’s Chief Executive Charles Barnett confirmed that the Buckingham Palace Stakes at the Royal Meeting will be dropped to make space for the new race, while from 2015 Ascot’s one of Ascot’s two other Group 1 sprint contests, the Diamond Jubilee Stakes, will be closed to three-year-olds.

He said: “In order to maximise the field for the new Royal Ascot sprint, the Diamond Jubilee Stakes will be closed to three-year-olds going forward. Importantly for us, this won’t have significant adverse effect on our overseas promotion of this race as Southern Hemisphere three-year-olds are counted as four-year-olds in the Northern Hemisphere. Equally, the sprinters we attract from Hong Kong, Japan, America and such like have always been older horses.

“The King’s Stand Stakes remains open to three-year-olds as this is quite a different test to the stiff six furlongs at Ascot and all parties felt that three-year-olds should still have this option.

“We feel six-race cards preserve quality and fit best at Royal Ascot so we gave a lot of thought as to which race should be removed to make way for the new race and decided on the Buckingham Palace Stakes.” 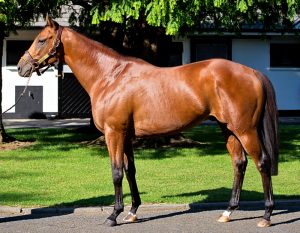 Up Next
Gale Force Ten to Irish National Stud