Spotlight at Leopardstown’s Sunday fixture inevitably fell on Sea The Stars’s young half-brother Born To Sea, the son of Invincible Spirit who had made a winning debut in Listed company 50 days previously.

Although sent off the odds-on favourite for the Group 3 JRA Killavullan Stakes, this exciting juvenile had to give best to another unbeaten colt, the Aidan O’Brien-trained Nephrite. Both are clearly top-class prospects, and it was appropriate that, if Born To Sea was to be beaten, his conqueror would also possess a classy pedigree: Nephrite is a son of Pivotal from the former high-class sprinting filly Cape Merino, who has already bred the Group One-winning sprinter Cape Of Good Hope.

The latter started his racing career in the UK with David Elsworth, but found his greatest fame after his transferal to the Hong Kong stable of expatriate Englishman David Oughton, under whose care he won two international Group 1 sprints in 2005: the Australia Stakes at Moonee Valley in Melbourne and Royal Ascot’s Golden Jubilee Stakes (at York).

Galileo sired the first three home in a classy maiden

Despite the presence of this pair of equine aristocrats, the Killavullan Stakes arguably was not the most blue-blooded two-year-old race on that Leopardstown’s card. The opening maiden was won by Eternal Bounty, a Galileo filly from the Listed-winning Darshaan mare Moments Of Joy, who comes from the immediate family of the the Group 1 winners Classic Cliche and My Emma.

Eternal Bounty was followed home by Wonderful (another Galileo filly and a close relative of both the multiple Group 1-winning miler Henrythenavigator and the top lot at this year’s Tattersalls’ October Sale) and Twirl, yet another daughter of Galileo and a full-sister to this year’s Irish 1,000 winner Misty For Me.

These three fillies are all raced by the Coolmore team, which was also represented in the race by the Kingmambo filly Drops, who is the first foal of the 2006 Oaks, Irish Oaks and Yorkshire Oaks heroine Alexandrova. 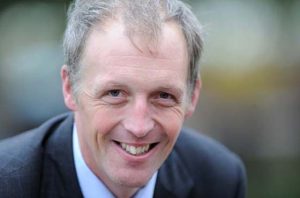 Up Next
A different focus