Having been last seen in action in public when made to work hard to maintain her unbeaten record in the Diamond Jubilee Stakes at Royal Ascot, Black Caviar took to the track again on Tuesday, January 22 when participating in a barrier trial over 8oom (four furlongs) at Sandown’s Sportingbet Park in Melbourne.

Barrier trials are commonplace in Australia, both to give racecourse practice to unraced horses and for sharpening up horses in training coming back after a break from racing. As expected, Black Caviar jumped smartly from the stalls and took an easy lead to coast home three lengths clear of her nearest pursuer.

How soon the Australian superstar, recently officially named champion sprinter in the World Thoroughbred Rankings with a rating of 130, will be back in proper racing action is unclear as yet. Her possible resumption could be in the Lightning Stakes, a race won by the six-year-old in for the last two years and now renamed the Black Caviar Lightning Stakes in her honour. The 1000m event is run at Flemington on February 16, but if trainer Peter Moody feels she is not ready for that date he has also nominated the Group 1 Newmarket Handicap on March 9 as another possible target.

To see Black Caviar in action in the barrier trial, please click here. 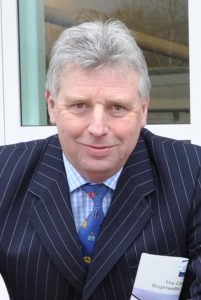 Up Next
New Chairman of Pony Racing Authority