BHA removes nine races from the black-type programme in 2023

The British Horseracing Authority’s Flat Pattern Committee has agreed the removal of nine races from the Pattern and Listed programme this year in an effort to improve competitiveness and bolster field sizes in black-type races.

Whilst work is ongoing to deliver a long-term strategy for the sport, aimed at enhancing prize-money, increasing competition and supporting the retention of high-quality horses in Britain, it is hoped that measures such as adjusting the race programme can boost UK racing in the short term. Further programme adjustments for 2023 are due to be announced next month.

Windsor is the track hit hardest by the changes, losing the Leisure Stakes, Royal Windsor Stakes and Midsummer Stakes, which were all run as Listed contests last year, while Goodwood has had Group 3 status removed from both the Supreme Stakes and March Stakes.

It had already been confirmed that the Listed European Free Handicap at Newmarket and the Listed King Richard III Stakes at Leicester will also not be staged in 2023.

Ruth Quinn, BHA Director of International Racing and Racing Development, said: “The quality and competitiveness of our Flat Pattern and Listed programme is fundamental, not just to long-term reputation and sustainability of British racing, but also to the strength of the thoroughbred breed.

“Work is already underway, as part of the industry’s long-term strategy, to deliver substantive improvements to the way our racing is structured, presented and promoted.

“This includes continually enhancing the performance of our black-type programme under both codes, and ensuring that the best horses continue to be bred, owned, trained and raced in Britain.

“The changes to the programme for 2023 are the first of a series of measures, which aim to help address some of the immediate challenges in our black-type contests, particularly around field sizes and race competitiveness, ahead of further, more fundamental, improvements – with racecourses involved in the process from the outset – for 2024 and beyond.

“Work also continues through the Jump Pattern Committee to deliver a package of measures in time for the 2023/24 season, with changes to the jump Pattern and Listed programme to be announced prior to the 2023 Cheltenham Festival.” 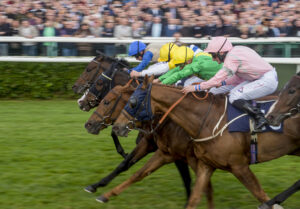 Up Next
BHA adjusts whip proposals after condemnation by jockeys