The British Horseracing Authority has released the full fixture list for 2021 after the Horserace Betting Levy Board (HBLB) announced that it will continue its enhanced contribution towards prize-money in May and June.

HBLB’s grants, in conjunction with additional racecourse contributions, will enable an increase in the minimum prize-money values for the highest class of races. Class 1 minimum values will return to 100% of their pre-Covid level, in line with all other race classes that already operate at this level.

In total, HBLB has allocated £20.1 million between May 1 and June 30, comprising £16.4m for prize-money and £3.7m in regulatory and fixture grants.

Richard Wayman, Chief Operating Officer for the BHA, said: “Publishing the full fixture list now will provide greater certainty for the sport and its customers. This is particularly important for racecourses, who are being asked to make increased executive contributions as Levy Board funding begins to scale back.

“Of course, until spectators return and retail bookmakers re-open, racecourse revenues remain under considerable pressure. However, the publication of the fixture list does, at least, reduce one area of uncertainty for racecourses and would allow for increased confidence in forecasting some of their future revenue streams.

“This is an essential step in providing greater clarity around prize-money levels that will apply throughout the remainder of the year ahead. More specifically, this includes the return of minimum prize-money values to pre Covid-19 levels for all Class 1 races, which was considered to be an essential step to support Britain’s Pattern programme and attempt to retain British racing’s pre-eminent position on the global stage. The result is that, from May, the minimum prize-money values for all classes of race will have returned to where they were before the pandemic.

“We are extremely grateful to the Horserace Betting Levy Board for the ongoing additional support that is being provided to the sport, but there is clearly still much to be done to deliver prize-money levels that would help promote the long term future of racing at all levels.

“Working with racecourses and participants, we will continue to develop the sport to make it attractive to both existing and new customers and investors. In addition, racing continues to liaise with Government and the appropriate bodies around the return of owners and spectators to race meetings, the delivery and distribution of the Government’s £40m winter survival fund, the potential impact of the Gambling Commission’s consultation on remote customer interaction, and proposals for urgent reform of the levy.” 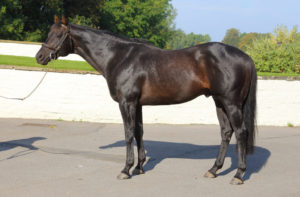