BHA: Italy should be kicked out

Action demanded over non-payment of prize-money to British owners

The British Horseracing Authority has taken punitive action over the non-payment of prize-money in Italy. It has instructed Weatherbys to no longer accept entries for Italian races and stipulated that any entries taken by Weatherbys for Italian-trained horses in British races should be done on an up-front payment basis.

Should this recommendation be approved – the next meeting of the European Pattern Race Committee is not until January – all Italian races will lose their Pattern-race status.

Ruth Quinn, the BHA’s Director of Racing, said: “While we don’t want to actually prevent any of our horsemen from running a horse in Italy if they really want to, we do not want to be laissez faire about the frustrating Italian situation and we certainly wish to be flagging a strong message.”

Slow payment from Italy has been an intermittent problem over many years but the gravity of the current situation is unparalleled. In the second week of November 2013, prize-money owed from September 2012 had still not been paid to British owners.

Yet the ever-changing Italian political landscape combined with the nation’s often chaotic administrative system somehow allowed prize-money won in the first part of 2013 to be paid relatively swiftly – monies won in May 2013 were paid in full before the end of September.

Britain is not the only country affected. The Czech press has suggested that leading trainer Josef Vana may be forced into bankruptcy because of the money he is still owed for races run at Merano in Italy in 2012.

The Direktorium, Germany’s racing authority, devoted a half page to the Italian situation in the October 29 issue of its weekly Racing Calendar.

The article revealed that after intensive attempts to contact their opposite numbers in Italy, the Direktorium had finally received a reply asserting that by the end of this year all prize-money won in Italy in 2013 up until the end of October would be paid in full and that the outstanding prize-money from late 2012 would be paid no later than the end of February 2014.

It concluded that, should any 2012 prize-money not be paid within a calendar year, the Direktorium would lobby for the removal of Group status from all Italian races. 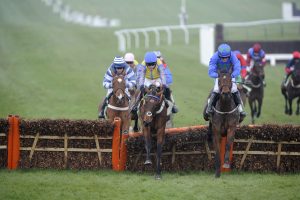