A year on from one of the biggest doping scandals in the history of British horseracing, which saw Godolphin trainer Mahmood Al Zarooni banned from the sport for eight years, the BHA has announced new rules which forbid the use of anabolic steroids at any stage in a racehorse’s life.

Horses which are found to have been administered anabolic steroids will be removed from training for a year and prevented from racing for 14 months. The period of ban given to each of the 22 Godolphin horses which tested positive for steroids last year was six months.

Following “extensive scientific research and consultation across the global racing industry”, the sport’s governing body has decreed that all horses registered with Weatherbys must be available for testing at any time regardless of location. Thoroughbreds imported to this country permanently for racing or breeding must be registered with Weatherbys within three months of arrival and be accompanied by a sample which proves the horse has never received anabolic steroids.

The policy, which has been overseen by Sandy Love, Professor of Equine Clinical Studies at Glasgow University, will come into force from January 1, 2015, and will incorporate next year’s foal crop.

BHA Chief Executive Paul Bittar said: “The need for an international position that sets robust minimum standards on use of anabolic steroids in horseracing was one that was pushed by BHA and a number of other key racing jurisdictions last year and resulted in the IFHA adopted position.

“The enhanced, zero-tolerance policy announced today, which exceeds the international minimum standard, has the objective of ensuring that British racing remains at the forefront of tackling an issue that ranks amongst the biggest threats faced by any world sport.

“It is intended to ensure that the industry, racing and betting public can be reassured that all races which take place on British soil are done so on a level playing field. It is also hoped that this will be another step towards global harmonisation across the sport and that the leadership role BHA has adopted on this issue can result in those nations that have not yet adopted the minimum standards following suit. Our previous policy already met the minimum standards, and today’s announcement goes further, ensuring British racing retains its pre-eminent position in respect of how drug use is regulated within the sport.”

In September last year, the Australian horseracing authorities implemented a similar hard-line approach with an outright ban on anabolic steroids.

Bittar added: “After a challenging 16 months, as a result of the actions taken already by several nations, the sport globally is now in a much better place when it comes to the regulation of anabolic steroids.” 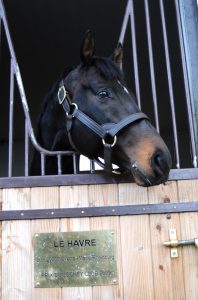 Up Next
Double delight for Avenir Certain