High-class sprinter suffers a heart attack at stud in France

Former high-class sprinter and leading first-season sire Bertolini has died at stud in France at the age of 17.

The son of Danzig suffered a heart attack after covering a mare at Haras des Faunes, having been only recently transferred there from Overbury Stud in Gloucesterhsire.

A three-parts brother to leading stallion Green Desert, Bertolini was trained initially by John Gosden before being transferred to Godolphin. He won the Group 3 July Stakes as a juvenile and the European Free Handicap the following year but was also placed five times at Group 1 level, including finishing quarter of a length behind Diktat in the Haydock Sprint Cup.

Bertolini spent 11 full seasons at stud, starting at Overbury before being transferred to Darley’s Kildangan Stud after being crowned champion first-season sire in 2005. He served two years at Kildangan in Ireland and one at Dalham Hall Stud before returning to Gloucestershire. His stint at Haras des Faunes commenced earlier this season.

His first crop yielded the Group 1 Cheveley Park Stakes winner Donna Blini, who was bred by Gordon Thom and later bought by Katsumi Yoshida for 500,000gns at Tattersalls. At stud she has produced Japan’s 2012 Horse of the Year Gentildonna to Shadai Farm’s exciting young stallion Deep Impact, and that Triple Crown-winning filly’s full-sister Donau Blue is also a Group winner.

Bertolini’s influence has also been felt as far afield as India, where his daughter Vijays Pride won two Group 1 contests in 2012, while his shuttle stints to Rich Hill Stud in New Zealand produced the Group 1 NZ Breeders’ Stakes winner Juice. Closer to home he was responsible for the Group-winning sprinters Prime Defender and Moorhouse Lad, as well as tough campaigners Suits Me and Bannock. 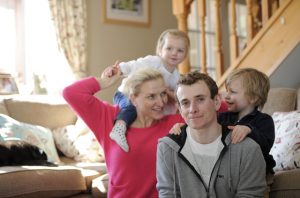 Up Next
Moore merrier