Late Knockhouse Stud resident, who died in March, takes the title for 2012/13

Beneficial has been crowned champion National Hunt sire for the 2012/13 season but the honour is bittersweet for Knockhouse Stud as the son of Top Ville died in March at the age of 23.

Last season Beneficial was robbed of the title in the final weeks of the jumps season when King’s Theatre grabbed the glory with a late flurry of winners but this time around he managed to see off strong challenges from runner-up Oscar, while the late King’s Theatre took third place in the table.

The champion enjoyed a treble of winners at the Cheltenham Festival, with Benefficient winning the Grade 1 Jewson Novices’ Chase, Salubrious landing the Martin Pipe Conditional Jockeys’ Hurdle and Salsify gaining a last-gasp victory in the Foxhunters’ Chase when Oscar Delta and Jane Mangan parted company on the run-in.

In total, Beneficial sired 115 winners of 182 races in Britain and Ireland throughout the season, his progeny amassing earnings of £1,933,462, to leave him just clear of Grange Stud’s Oscar, who finished the season on £1,902,940.

The ranks of British National Hunt stallions were once again headed by Kayf Tara, who also landed the domestic title in 2011/12 and finished tenth overall in Britain and Ireland. In comparison to Beneficial’s 347 runners through the season, Kayf Tara was represented by just 167 different horses, led by Grade 1 Maghull Novices’ Chase winner Special Tiara. 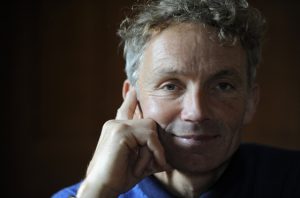 Up Next
No regrets