Launching a bloodstock business has never been for the faint hearted, requiring as it does immense determination, passion and organisation. But in the event that blend could ever be bottled up, then you would be well on the way to capturing the essence of Skyline Thoroughbreds, Newmarket’s youngest sales consignor.

Skyline Thoroughbreds might be a new venture but for any sales aficionado there is a very familiar face at the helm in Gerry Meehan, the former yearling manager of Newsells Park Stud, alongside fellow partners Simon and Dr Emma Capon. Last November, the Capons purchased Glebe Stud in Cheveley from Julia Scott, thereby fulfilling a long held desire to operate out of Newmarket, and now eight months on, it is full steam ahead in preparation for the upcoming sales season.

It has been a rollercoaster six months for all involved. The team enjoyed a momentous day at Royal Ascot as owners of the Charlie Fellowes-trained Thanks Be, who provided Hayley Turner with a first winner at the Royal Meeting in the Sandringham Handicap.

“We bought the stud in November and it has been a huge project,” says Simon Capon of the 70-acre property. “It won’t stop here, but within the next couple of weeks everything should be as we want it for now.”

A number of good horses over the years have come off Glebe Stud, which is situated on a pocket of prime grazing flanked by Cheveley Park Stud and Darley. And for the Capons, it constituted a particularly desirous package given its proximity to their own home in Cheveley.

“We both have backgrounds in horses, mainly showjumping, but we’d always been interested in racing,” says Emma Capon, whose father Tom Wilson, a lifelong racing enthusiast, bred Grade 1 winner Grand Couturier. “The plan was to have a farm of our own and have our mares at home. And we knew we wanted to live near Newmarket, so we looked for about four to five years. Then eventually we bought a house in Cheveley in the hope that something would come up in due course.

“Our house actually backs on to Glebe, so we’d seen it a lot out the back window. But that’s all we really knew about it. And to be honest, we never thought we’d get it – we thought if one of the big boys wanted it, we’d never be able to compete.”

She adds: “The property was sold in three lots and we bought two of them. And then we talked to Gerry and developed a plan. We knew we needed experience and expertise, and Gerry is held in such high regard across the industry. That what makes it a viable proposition as a business, so we’re delighted he’s here.”

Emma Capon holds an MBA and a PhD in Business and Management, thereby placing her in an ideal position to take care of the stud’s business side. As for Simon, the launch of Skyline Thoroughbreds marks the welcome culmination of a lengthy period spent gaining a varied grounding within the industry. 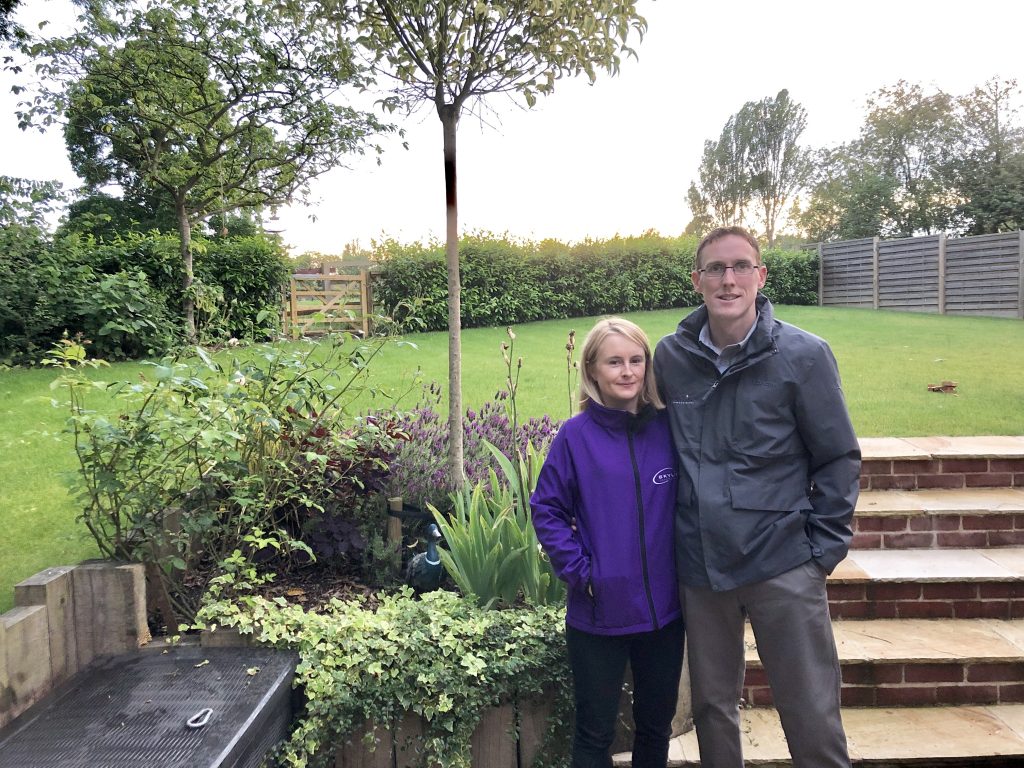 “I met Gerry through Newsells Park,” he says. “Emma’s dad, Tom Wilson, pinhooked two fillies out of Our Queen Of Kings [the first, a Nathaniel filly, doubled Wilson’s money as a 600,000gns yearling and turned out to be Listed winner Natavia] and that’s how the introduction came about. I had been working for a large farming firm and he asked Julian Dollar if I could have an interview for a job at Newsells.

“Afterwards, I worked a sales season for Tom Goff. I did every sale pretty much, including Keeneland, Deauville and Newmarket. I enjoyed that immensely and learnt an awful lot. Tom is a great guy, very knowledgable and was happy to share his knowledge – he introduced me to a lot of people who I wouldn’t have necessarily met otherwise. I remember spending a day at Keeneland with John Gosden and that was a real eye-opener.”

Not one to restrict his grounding just to bloodstock, Capon then went on to assist trainer Charlie Fellowes.

“I decided to have a peek into the training side of things with Charlie,” he says. “He suggested after I finished with Tom that I joined him to gain another perspective. And that was another eye-opener, a really good experience. And after that I was able to work another sales season with Tom.”

For all that the original plan at Skyline was for the stud to also house mares, youngstock is now the true focus. In that, Skyline differs from many of its contemporaries, with the business model resting solely on a boutique yearling preparation service. In addition, they are happy to prepare stock slated to sell through outside consigners.

“We own a few mares in partnership with Harry McCalmont at Norelands Stud,” says Emma Capon, “and we board a couple at New England. We’ll continue to breed but this now is very much the focus – a weanling, yearling business.”

“We knew that Gerry had always wanted to do something for himself,” says Emma Capon, “and we wanted to make a business out of this place. Gerry is a partner in the business so we’re all in it – the commitment is there.”

“This now is very much the focus – a weanling, yearling business”

Winner of the Stud Staff category within the Godolphin Stud and Stable Staff Awards of 2014, Meehan brings over 30 years of experience to the table, notably over 17 years of service at renowned nursery Newsells Park Stud, latterly as yearling manager. Newsells Park, of course, has long held a regular position among the leading consignors at the Tattersalls October Sale, notably as the vendor of ten million-guinea yearlings since 2013.

Meehan’s resume also includes stints at the Barnett family’s Fair Winter Farm, Cheveley Park Stud, Side Hill Stud and Coolmore, where he worked with the likes of Fairy King and Alzao.

“It was the size of Glebe really that dictated the route we took,” says Meehan of the decision to focus on youngstock. “We want to raise them as naturally as possible, have them outside as much as possible. We only want 30 here. It’s a nice manageable number and means you can treat them individually, put your own stamp on them and get to know them.”

In the meantime, they plan to carefully build a team of sales staff. Meehan is regarded as one of the best when it comes to sales showing, and is under no illusion as to its importance in maximising a yearling’s value.

“That was my biggest thing when I was at Newsells – to make a couple of new show people every year,” he says. “But then it’s not everybody’s cup of tea. I don’t know why – like everything in this industry, it can be difficult to get youngsters of the right age involved in it. Unfortunately, I think it’s probably a dying art.”

On a bright June day, the final touches were being made to the composition of what the Skyline team believe are a smart debut group of yearlings.

The majority had already been confirmed for their respective sales, among them a mixture of homebreds and pinhooks belonging to the Capons and outside clients – it says a lot for their first season pinhooking together that one youngster, a filly from the first crop of Irish 2,000 Guineas winner Awtaad, will provide Skyline with a presence at Book 1 of the Tattersalls October Sale. “It is a feather in our cap to have a filly going to Book 1,” says Meehan, “because that wasn’t in our mindset when we went out to buy foals. We didn’t go there with really deep pockets to buy.”

Before then, they are likely to be well represented at the Goffs UK Premier Sale.

A morning spent at the stud is enough to glean the determination of the Capons and Meehan in developing Skyline into one of the best in its field. The test of the sales season is still to come but this is an operation with the knowledge and drive to make Skyline a success, and ultimately keep Glebe Stud at the forefront of the British bloodstock scene. 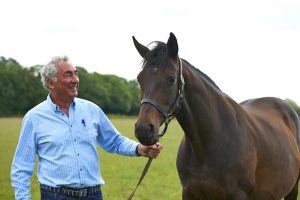 Up Next
Peak of success