Battleoverdoyen was never headed to take the Grade 1 Neville Hotels Novice Chase (3m) at Leopardstown on Sunday and maintain his unbeaten record over fences.

In a race that was decimated by non runners as the ground continued to dry, the Gordon Elliott-trained gelding turned in a fine round of jumping, and although challenged at the last by stablemate Champagne Classic, was always holding that rival at bay for a length success under Davey Russell. 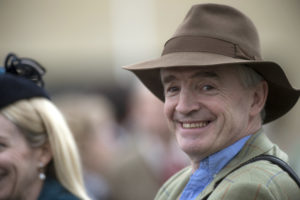 “His jumping was excellent,” Davey Russell told Racing TV after partnering the 4/9 shot to victory. “He handled the ground well enough. I know he’s massive but he is light on his feet, he’s very athletic. He’s also versatile – he could go up or down in trip. He’s just very talented.”

Battleoverdoyen hails from the first jumps-bred crop of the 2004 King George hero Doyen, sired following his switch from Germany to Sunnyhill Stud in Ireland, and was bred in Ireland by Berry Farms out of the winning French jumper Battle Over. The six-year-old gelding is the best of three winners out of the mare although an elder half-sister, Treackle Tart, by Winged Love, also gained black-type when second in the Listed T.B.A. Fair Maid of Perth Mares’ Chase (3m) at Perth in April.

Battleoverdoyen was one of the highlights of the 2017 Tattersalls Ireland Cheltenham April Sale when sold by Shanroad Stables for £235,000 to Gordon Elliott. The £275,000 sale-topper that day, Ben Pauling’s Global Citizen, won Friday’s Grade 2 Wayward Lad Novices’ Chase (2m) at Kempton.

Sharjah doubles up in Matheson

Favourite backers didn’t have it all their own way at Leopardstown, however, as the short-priced Klassical Dream turned in a disappointing display – not helped by a bad mistake at the fourth flight –  to finish a long last in the second Grade 1 of the day, the Matheson Hurdle (2m).

That left the door open for his stablemate Sharjah to record his second straight win in the race for Willie Mullins. 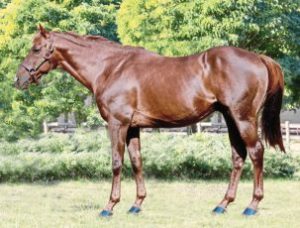 Ridden patiently by Patrick Mullins, Sharjah cruised up alongside the leader Petit Mouchoir coming into the straight and jumped the last with ears pricked before asserting on the run in for a near four-length victory. Coeur Sublime was another eight and a half lengths away in third.

Sharjah shares his sire Doctor Dino with other stars such as La Bague Au Roi, Master Dino and Sceau Royal; indeed, the Group 1-winning son of Muhtathir will be standing the 2020 season at Haras du Mesnil for €16,000, a figure believed to be a record fee for a jumps sire in France.

Bought by Norris/Huntingdon for €30,000 at the 2014 Arqana October Sale, Sharjah was bred in France by Ecurie Haras de Beauvoir. He is a half-brother to the Listed-placed Sahawar and the eighth foal out of the winning Saaryeh, a Royal Academy half-sister to Cornwallis Stakes winner Alzerra. 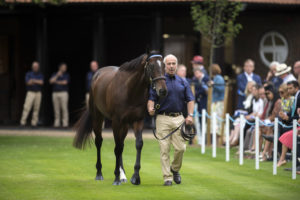 Up Next
Full of quality