Four Juddmonte homebreds proved that the 2012 season is not just about Frankel with success in a Group 2, Group 3 and two Listed contests in Britain and Ireland on Saturday. 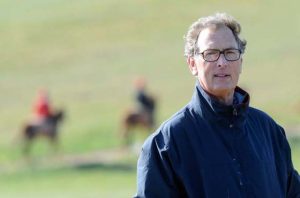 Bated Breath led the way with a canny victory over Sole Power in the Temple Stakes at Haydock on just his second attempt at the minimum distance. Having been runner-up on three occasions in Group 1 sprints in 2011, Bated Breath’s previous best win came in the Listed Leisure Stakes at Windsor last May.

He was not the only Group winner of the day for Juddmonte’s flagship stallion Dansili, as the Dermot Weld-trained Emulous, now five, highlighted the value of keeping mares in training with victory in the Group 3 TRI Equestrian Stakes at the Curragh. She remains unbeaten since winning the same race last year and has added wins in the Group 3 Brownstown Stakes and Group 1 Matron Stakes to her resumé in the interim.

Bated Breath and Emulous not only hail from Dansili’s crop of 2007 but are also both bred on the same cross, being out of daughters of Distant View – Tantina in the case of Bated Breath, and she is also the dam of fellow Roger Charlton Group-winning trainee Cityscape, while the Listed-placed Aspiring Diva is the dam of Emulous.

Another five-year-old, Jet Away, was one of two Listed winners for the Juddmonte team at Goodwood, along with the St Leger-placed Sea Moon, who was making his long awaited comeback.

Jet Away is the only one of the quartet who is not by a Juddmonte stallion – he is a son of Darley’s Cape Cross – but he does hail from one of his breeder’s best families, his dam Kalima being an unraced full-sister to the outstanding broodmare Hasili, dam, of course, of Dansili, who is just one of her seven stakes winners.

Sea Moon, last seen finishing runner-up to St Nicholas Abbey in the Breeders’ Cup Turf at Churchill Downs, demonstrated tenacity to win the Tapster Stakes from the front, holding off a determined late challenge from Dandino to land his fourth win in just seven starts. He holds an entry for Saturday’s Diamond Jubilee Coronation Cup at Epsom.

The successful day for Juddmonte highlighted the benefit of having horses under a variety of trainers, with the winners all hailing from different stables: Roger Charlton (Bated Breath), Dermot Weld (Emulous), Sir Henry Cecil (Jet Away) and Sir Michael Stoute (Sea Moon). 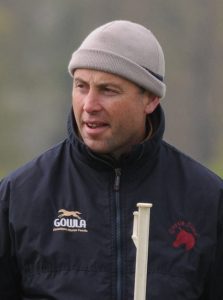 Up Next
Grove Stud on top at Goresbridge