Outstanding colt Baaeed produced an exceptional performance to take the Group 1 Al Shaqab Lockinge Stakes on his seasonal return at Newbury on Saturday and extend his unbeaten record to seven races.

Conqueror of Palace Pier in last year’s Queen Elizabeth II Stakes Ascot when last seen in October, Shadwell’s Baaeed was a short-priced favourite to see off eight rivals over the straight mile.

Jockey Jim Crowley settled the son of Sea The Stars behind leaders Chindit and Mother Earth and he made smooth headway with a quarter of a mile to run, hitting the front a furlong from home.

Crowley asked his mount to put his seal on matters and Baaeed sprinted clear, putting clear daylight between himself and the running-on Real World, scoring easily by three-and-a- quarter lengths to preserve his perfect race record. 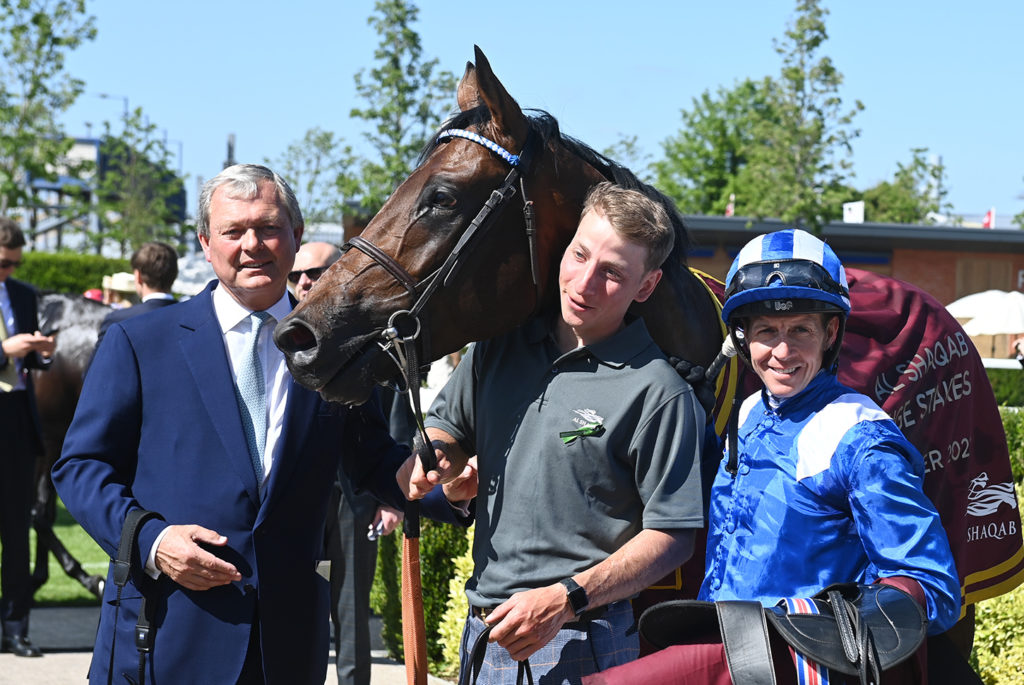 Trainer William Haggas said: “He was very good in the QEII and he looked very professional today.

“It would be remiss us of not to try [going up in trip]. But it won’t be in the short-term future. All being well it will be the Queen Anne and then I suspect the Sussex or Jacques le Marois. He’s in the Eclipse but I can’t see that being the right race.

“I am very lucky to have some very well-bred horses. We’re just lucky if we land on one. This is a fitting tribute to a great breeding operation and a man [Sheikh Hamdan] who invested every single year.

“I haven’t had a horse with his temperament and speed. We’ve had some lovely horses and hopefully I’ll have a few more before I call it a day.”

The Haggas stable enjoyed a fine start to the day’s racing when Jon and Julia Aisbitt’s Tiber Flow made a successful first start on turf under Tom Marquand in the Listed Carnarvon Stakes (6f), having won three times previously on the all-weather.

Thirty-five minutes later and Haggas and Marquand teamed up again to take the Group 3 Al Rayyan Stakes (1m4f) with Ilaraab in the silks of Sheikh Ahmed Al Maktoum, who defeated Scope by a neck.

The valuable handicap on the card, the London Gold Cup (1m2f), fell to the John and Thady Gosden-trained Israr in the silks of Shadwell under Jim Crowley. Shadwell and Crowley also captured the closing mile handicap with the Owen Burrows-trained Muraad, providing the jockey with a treble on the day. 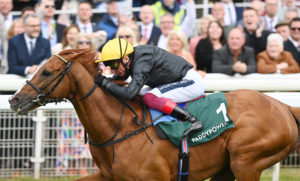 Up Next
Evergreen Stradivarius raises the roof at York