Seven unique lots will be auctioned as part of Retraining of Racehorses’ charity Racing to Cricket day that will take place on Wormsley Cricket Ground on Sunday, as eight teams battle to win the 2021 RoR Racing to Cricket Trophy.

Renowned charity auctioneer Martin Pope will conduct the auction at 1:30pm during the game’s lunch break to raise money for RoR and the lots include two Centre Court debenture seats at the 2022 Wimbledon Championships.

There are also tickets for four people in orchestra stalls at the Royal Opera House to see The Nutcracker as well as a hospitality package with the use of a private box at Ascot, and a 12-bottle case of vintage 2013 Grand Vin de Lafite wine, valued at over £4,500.

Additionally, there is a quarter share in a yearling filly by Twilight Son out of the stakes-placed Dutch Art mare Dutch Princess who will enter training for the 2022 Flat season with all expenses paid for a year, racing in partnership with Susan Roy.

Also on offer are nominations to stallions Nathaniel and Time Test, who stand at Newsells Park Stud and the National Stud respectively.

Bids for the auction lots can be placed in advance with RoR accepting bids by email at auction@ror.org.uk up to 5pm on Saturday.

Di Arbuthnot, RoR Chief Executive, said: “We are delighted that the event is going ahead in 2021 and we hope for another memorable day at a special venue. We are so grateful for the generosity and support of donors, who have given us these wonderful auction lots.” 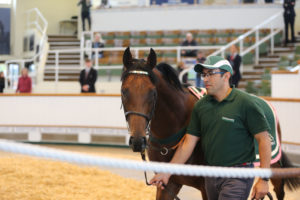 Up Next
Record price as Fabilis tops Tattersalls August Sale