Ascot to switch from ATR to RUK

Ascot Racecourse has announced that it will enter into a partnership with Racecourse Media Group (RMG) regarding its media rights, meaning that racing from the track will be broadcast via Racing UK (RUK) instead of At The Races (ATR). Royal Ascot 2014 is to be shown on RUK.

Since 2007, the course has had an agreement with RMG, which oversees the interests of the 33 racecourses signed to RUK, over provision of pictures to betting shops through Turf TV.

Ascot’s Chief Executive Charles Barnett said: “After careful consideration we have decided to extend our relationship with RMG, with whom we recently negotiated the exclusive terrestrial television contract with Channel 4. We have had an excellent and productive relationship with At The Races since 2004 and are most grateful for all they have done for us.

“Enabling a large percentage of the best of British racing to be promoted by one entity and showcased through one satellite broadcaster mirrors the thinking behind the Channel 4 deal, and it should benefit initiatives like the QIPCO British Champions’ Series.”

Along with Turf TV, RMG also owns GBI Racing (a service for international betting shops) and the weekly newspaper Racing Plus.

The company’s CEO Richard FitzGerald said: “We are delighted to welcome Ascot to the RMG family. The racecourse’s tremendous racing and global reputation is a natural fit alongside the quality output from our other 33 racecourses.

“We aim to deliver the highest production and presentation values worthy of one of the best racecourses in the world which will only further add to the Racing UK viewer’s experience.

“As Racing UK is 100% owned by our shareholder racecourses, all profits are reinvested in the sport. The agreement will benefit Ascot, RMG’s racecourses, the racing community and the sport as a whole.” 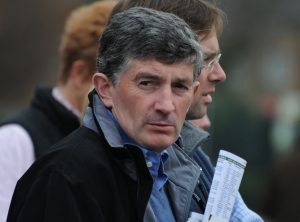 Up Next
Father-and-son team triumph