The 2017 running of the JLT Long Walk Hurdle will be named in honour of three-time winner of the race, Reve De Sivola, who sadly collapsed and died after racing at Kelso last week.

Trained throughout his career by Nick Williams in Devon, Reve De Sivola won no fewer than five Grade 1s at three miles, one of which came across the Channel in the Grand Prix D’Automne at Auteuil.

Known for his ability to handle testing conditions, the son of Assessor took the 2012, 2013 and 2014 renewals of the Long Walk Hurdle.

On the first two occasions, champion jockey Richard Johnson was in the saddle having formed a fantastic partnership with the gelding.

Guy Henderson, Chief Executive at Ascot, said: “It was tragic to hear that we had lost Reve De Sivola at Kelso last weekend. Horses like him are the backbone of the jumping game, appearing year after year, and Reve De Sivola will always be remembered as a jumping legend here at Ascot.

“Under sad circumstances we, and sponsors JLT, are delighted to be naming the Long Walk in his memory this year. We will also carry a tribute in this Sunday’s racecard and of course in December, when we will re-live his triumphs on Ascot TV.”

Horses like him are the backbone of the jumping game

Since his first race under rules in June 2013 at Auteuil, Reve De Sivola had accrued just over £625,000 in prize money for owners the Paul Duffy Diamond Partnership.

“The messages and tributes received over the last week have shown to the owners how much Reve meant to the racing public,” said Paul Duffy, co-owner of Paul Duffy Diamond Partnership.

“Combined with the sadness of loss is the reminder of fortune at owning such a brave and determined competitor. Thank you, Ascot, and the sponsors, JLT, for the honour of letting Reve be remembered by sharing the stage once more at his favourite racecourse.” 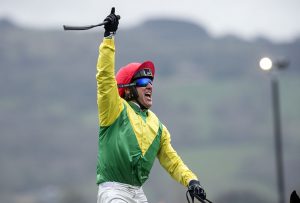 Up Next
Power lands Potts retainership