Sir Mark Prescott has held a training licence since 1970 but never had he won a race as prestigious as the Group 1 Qatar Prix de l’Arc de Triomphe (1m4f). That all changed on Sunday as Alpinista made light of the testing going to record a famous victory at Longchamp under Luke Morris.

Kirsten Rausing’s homebred five-year-old mare was sent off favourite for the Paris showpiece having won her five previous starts – all Group 1s – and while her talent was never in doubt, there was a question mark over how she would handle the very deep ground.

Breaking from stall six, Morris sent Alpinista forward to bag a good position on the rail in the first half-dozen as Japanese challenger Titleholder and the Aidan O’Brien-trained Broome cut out the running.

Titleholder and Broome were still in front turning for home but starting to struggle badly as Alpinista cruised into contention between them, sauntering to the front with 300 metres to run.

A shake of the reins saw the daughter of Frankel establish a clear lead as Morris drove his partner towards Arc glory and immortality and while Vadeni and 2021 hero Torquator Tasso gave valiant pursuit inside the distance, Alpinista was not for catching, holding on to score by half a length. 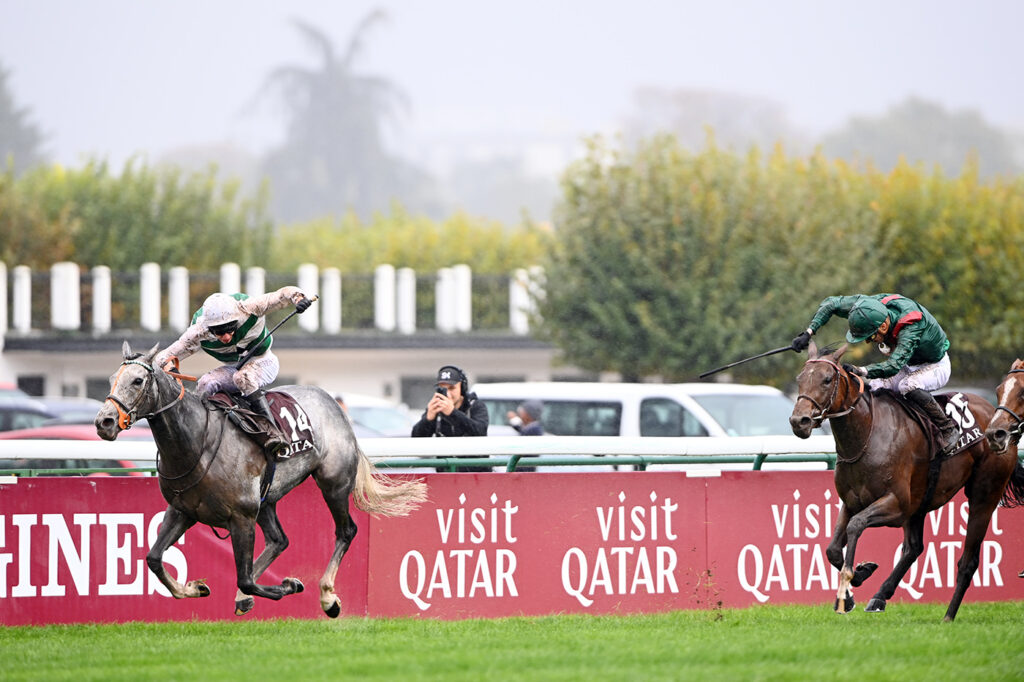 Prescott, 74, said after the race: “I’m lucky – lucky to get a good one at this time of my career. Marvellous stud, marvellous family – I’ve had three generations of them. Luke’s been with me for 11 years. It’s a great day.

“I was thinking wait, wait, wait – and he did. It’s just a marvellous day.”

Despite the nation’s most prestigious prize heading across the Channel, the result saved France-Galop from potential embarrassment.

The French racing authority would have preferred Christophe Soumillon, rider of runner-up Vadeni, to have been banned with immediate effect after he elbowed Rossa Ryan off his horse in a Group 3 at Saint-Cloud on Friday, incurring a 60-day suspension. The rules did not allow for that eventuality, ensuring the Belgian rider could take his rides on Arc weekend.

Doyle had earlier been denied a Group 1 triumph when Nashwa was outpointed by outsider Place Du Carrousel under Mickael Barzalona in the Group 1 Prix de l’Opera (1m2f). Barzalona also struck on Belbek in the Group 1 Prix Jean-Luc Lagardere (7f), both winners trained by maestro Andre Fabre.

Frankie Dettori was also on the scoresheet as he guided the Ralph Beckett-trained Kinross to victory in the Group 1 Prix de la Foret (7f) for owner Marc Chan.

Christopher Head, who father Freddy will retire from the training ranks at the end of the current season, has a Classic prospect for 2023 in the shape of Yeguada Centurion homebred Blue Rose Cen, easy winner of the Prix Marcel Boussac (1m) under Aurelian Lemaitre. 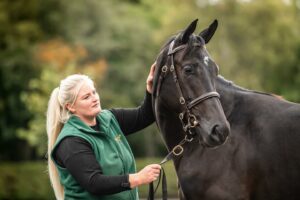 Up Next
€575,000 Kodiac colt tops as Goffs closes on positive note