Arguably, the one horse in the Wertheimer colours most people would have wanted to see win at Deauville on Monday was the record-breaking Goldikova, who once again had to settle for the runner-up slot in the Prix Jacques le Marois, this time behind Immortal Verse.

However, her half-sister Galikova went some way to atoning for this setback with an eye-catching win in the Group 2 Prix Guillaume d’Ornano, while another two Wertheimer runners, the juveniles Nutello and Soft Lips (out of a Group 3-winning half-sister to Poule d’Essai des Poulains winner Falco), made it a treble on the card for the brothers.

There was consolation too for jockey Olivier Peslier, who will have felt Goldikova’s reversal keenly but also rode all three Wertheimer winners and won the opening race, the Listed Grand Handicap de Deauville, aboard Best Dating for local trainer Stephane Wattel.

Deauville’s two weight-for-age Group 1 races this season have now both fallen to three-year-old fillies, with Pivotal’s daughter Immortal Verse looking every bit as impressive in the Marois as Moonlight Cloud did eight days earlier in the Prix Maurice de Gheest. The pair beat a total of 11 previous Group 1 winners between them. 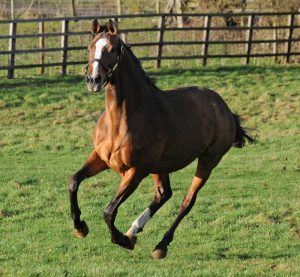