Annie get your gun

Willie Mullins’s star mare aims for glory at Cheltenham, and she represents a special namesake for her breeder

There’s something extra special about a mare winning at Cheltenham. Whether it’s the female of the species triumphing over the traditionally all-dominant males, no-one can quite put a finger on why the sight of a mare pounding up the hill in front of the boys unleashes such untethered joy and emotion.

We’ve seen it before of course – the diminutive Lady Rebecca, who, despite not winning at the Festival, still amassed seven wins against the boys at Cheltenham. Before her came the greatest mare of all, Dawn Run, who 30 years ago this very March won the Champion Hurdle before taking the Gold Cup two years later. She remains the only horse to achieve this momentous feat. The fact is, mares of this calibre simply don’t come along all that often.

“Annie Power is the nearest I’ve seen to Dawn Run” – these are the words of Willie Mullins, champion jumps trainer in Ireland for the last six years and odds-on favourite to be leading trainer at the Cheltenham Festival for the third time in just four years. No higher compliment could be bestowed upon a mare, and Mullins knows more about Dawn Run than most, having assisted his late father Paddy in her training.

The records show it is 90 years since another legendary female, the original Annie Power, first fought for Ireland.  She was forced to fend off foreign invaders in order to protect her family after her house had been burnt to the ground. We now live in more peaceful times, where the fighting is confined to sporting arenas, though rivalries remain intense.

The tables have turned somewhat and Annie Power has evolved from defender to aggressor, with her equine reincarnation having recently crossed the Irish Sea to emerge victorious from battles at Ascot, Cheltenham and Doncaster. In doing so, she has taken her unbeaten record to ten wins. Her reconnaissance missions went to plan. Battles have been won but the war is yet to be fought at the ultimate cauldron that is the Cheltenham Festival. If she wins there, the comparisons with Dawn Run will be justified.

Eamon Cleary will be there to see her. He is accustomed to big sporting occasions having competed in front of 65,000 people in his day.  He excelled as a sportsman in both GAA codes (football and hurling), having won an All Stars Award with his native Wexford, a Railway Cup medal with Leinster and numerous titles with his club, Rathgarogue Cushinstown. It was thorough his association with the GAA that Cleary got to know fellow Wexford man and leading Flat trainer Jim Bolger.

This time Cleary will be among the crowd as a spectator. He is no ordinary fan, however, for he is the man with an integral link to both Annie Power the woman and the racehorse. Cleary is the grandson of Annie Power, as well as the breeder of the most exciting National Hunt mare to grace our racetracks for 30 years. He also owned her when she began her career as a racehorse. “I didn’t name her until I knew she was ready to run and that she was special,” said the Dubai-based Irishman. “My whole family has got such great fun out of her.” 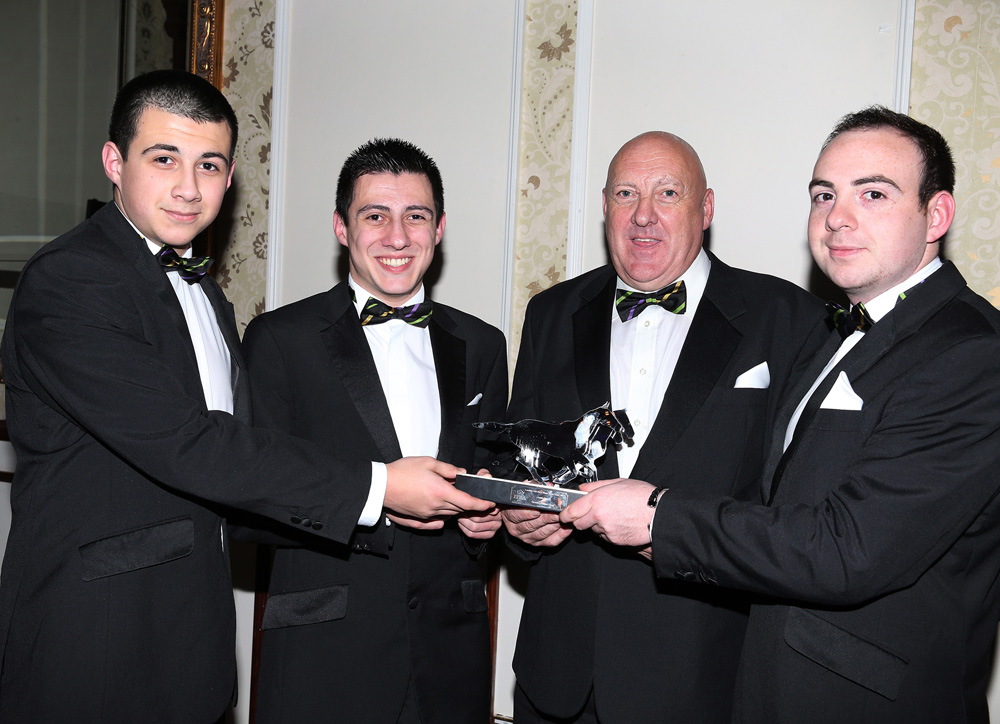 Cleary details how Annie Power came to be.  “I bought Annie’s dam [Anno Luce] at the sales, with a view to visiting Teofilo, but she didn’t make the cut. I love the breeding end of the game and I’ve been lucky enough to breed some very decent Flat horses at the Hyland family’s Oghill House Stud over the years. Anno Luce took my eye as she is from a great Sheikh Mohammed family – in fact, she traces back to one of his foundation mares, Anna Paola.”

Annie Power is indeed a granddaughter of Anna Paola, who as a juvenile was crowned champion two-year-old of Germany in 1980. In her Classic year she won the Preis der Diana (German Oaks), a race which ensured she added the accolade of champion three-year-old filly to her impressive cv. It is, however, her achievements as a broodmare that will ensure she lives long in the memory, for she has provided Sheikh Mohammed’s Darley organisation with a fabulous dynasty. The production line she founded 30 years ago is still throwing out stars, as is evident by the recent addition of Australian Group 1 winners Helmet and Epaulette to the Darley stallion roster.

Anna Paola’s daughter Anno Luce represented Sheikh Mohammed in the 1996 renewal of the Preis der Diana, finishing third. Initially, she was disappointing at stud and was offered at Goffs as a 14-year-old, having produced four nondescript winners. That did not worry Cleary, who recognised the strength of her pedigree and the fact that she had a Monsun colt to run and was carrying to his son, Shirocco.

He takes up the story: “I thought she had the capability to produce a good middle-distance horse, I loved her pedigree and I said I’d have to try to get her. I thought I had her at €38,000 but then a friend of mine, Dermot Cantillon, got involved and she ended up costing me €60,000!

“When she didn’t make the cut for Teofilo I sold her on to Cathal Ennis, but I kept her foal.”

The filly who would become Annie Power was raised by John Banahan and broken-in by Ross O’Sullivan before being sent into training with Bolger at two.

Cleary continues: “She was there for about six or seven weeks until I met Jim at the Curragh one day and he told me, ‘You can collect that lady any time and we’ll have a look at her again next year’. That was all that was said and I knew myself she was still growing. When I picked her up, Jim gave me a programme of work to do with her and he told me to bring her back the following May. So I took her home to Oghill House Stud, where they have fantastic grazing, which helped her fill into herself.”

Despite returning to Bolger at three, Annie Power was still growing and had another stint back at Oghill House Stud, where she was kept in light ridden work by John Sherman before returning to Coolcullen seven weeks before she made her debut.

“Jim phoned me a short time before she was due to make her debut and said, ‘This one could win the bumper in Galway’,” recalls Cleary. “That was the first time I knew we had a good one on our hands.”

I was there that day and it was the first time I had seen her in the flesh;  I can still remember this beautiful, deep-girthed filly

“She nearly got beat,” he says. “Myself and Nina [Carberry] jumped off upsides and went steady, which I thought would suit a Jim Bolger horse, but she actually got outsprinted as we turned for home. However, she clawed her way back up to win by about a length or so. She was very green that day so there was lots of improvement to come.”

The mare’s next win was a 15-length romp at Cleary’s home track, Wexford, again under Mullins. That was also the day she caught the eye of the jockey’s father.

Willie Mullins says: “I was there that day and it was the first time I had seen her in the flesh.  I can still remember this beautiful, deep-girthed filly and for her to win like that was deeply impressive.

“Knowing Jim [Bolger], I knew that if she was going to be a jumps filly he’d be keener to sell and move on, so we made the approach. It took us a while to hammer out a deal but we did it.”

It was completed just in time for Annie Power’s third start at Listowel, where she beat her sole rival by an unextended 61 lengths in the colours of her new owner, Susannah Ricci. 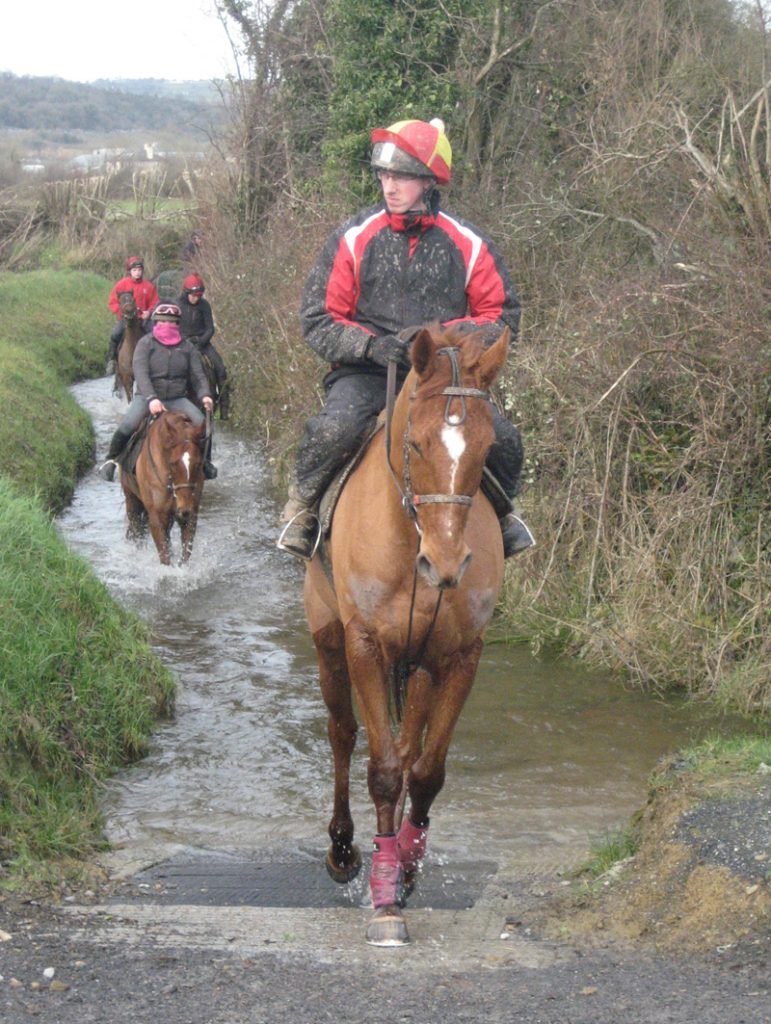 “Most people ignored that race due to the fact there were only two runners, but her time was eight seconds faster than the valuable hurdle on the card, and that was despite her going around in front on her own, without me pushing her,” recalls Mullins jnr. “That was the first day I thought she could really be something special. I thought it was an extraordinary performance yet it went underneath a lot of people’s noses.

“Dad then let me ride Annie Power in her first hurdle race at Thurles because I was going for the amateur riders’ record. She jumped great and won very easily.

“Jason Dear rides her at home – I get to sit on her only the odd time these days. She has a  high cruising speed and she enjoys her racing, she always runs with her ears pricked. She knows that the aim is to beat the other horses, she’s very clever. It sounds obvious but it’s something you can’t put into horses. She has it!”

According to Cleary, Annie Power’s fame is not simply confined to these shores.

“I was at Meydan the other day and this English guy who was out there for the races came over to me and said, ‘Can I shake your hand?’ I said, ‘No problem, but what’s this about?’ He replied ‘You’re the man that bred Annie Power.  I went to Cheltenham especially to see her on New Year’s Day and she didn’t let me down’.

“That really got to me, you know. I realise that people are passionate about horses but Annie Power has really captured people’s hearts and this just gives the whole family such pleasure.  She has a huge following in Dubai as well between the racing contingent and the Dubai Celts GAA club. Whenever she runs, everyone heads to McGettigan’s Irish pub to cheer her home on the big screen.

“I can still remember sitting with my grandmother down through the years as she would tell me the stories of how tough times were. She is a legend to me and the horse rekindles those memories every time she runs. She would be very proud if she were still with us and it’s fantastic that her memory lives on through Annie Power.”

Cheltenham is always special but the presence of the unbeaten Annie Power at this year’s Festival adds extra spice to a pot which was already bubbling away very nicely. Victory for Annie Power would see it boil over once again, evoking scenes not witnessed since the great Dawn Run.

But is it too much to expect?

“Annie Power is a fine big mare just like Dawn Run, who was probably stronger but Annie is more racy and has the size and the scope,” says Willie Mullins. “She has shown us she could have Dawn Run’s ability – there are a lot of similarities.” 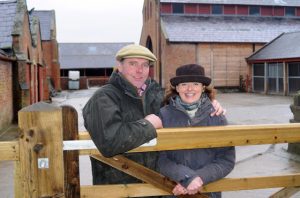 Up Next
Embracing the winter game