The Shadwell draft was understandably popular, turning over 5,238,500gns for 118 horses sold

Tattersalls were celebrating a record renewal of its Autumn Horses in Training Sale on Thursday evening as its four-day run came to a close with a final session of trade that echoed the incredible depth of competition seen throughout the week.

Interest from an array of international investors alongside the usual domestic buying bench resulted in a record turnover of 31,461,300gns for 1,001 lots sold. Remarkably, 92% of lots through the ring found a new home.

Hunting for horses to compete in Saudi Arabia, Najd Stud spent a total of 2,791,000gns on 14 lots in conjunction with Peter and Ross Doyle Bloodstock. In addition to Grocer Jack, their haul included the progressive handicappers Boltaway (bought for 400,000gns) and My Frankel (310,000gns) in addition to the popular dual Listed-winning two-year-old Chipotle (bought for 210,000gns). 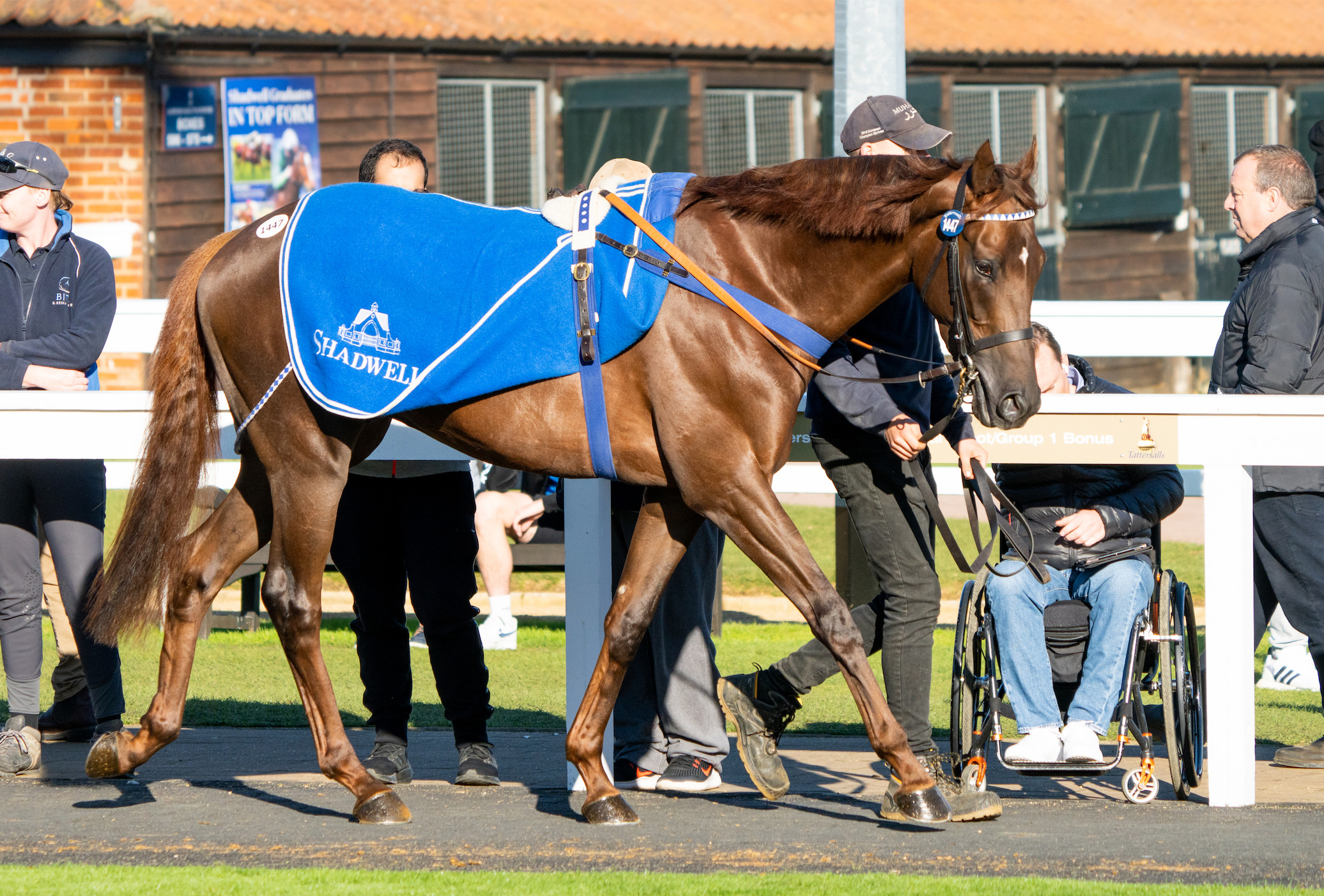 “An extraordinary renewal of a unique sale,” said Tattersalls Chairman Edmond Mahony. “There is no sale in the world quite like the Tattersalls Autumn Horses in Training Sale and there has never been one quite like the sale that has just taken place.

“Records for turnover, average and median are always notable landmarks for any sale, but when the record margins are so large it suggests that maybe new factors have come into play and to an extent that may have been the case this week. There is no doubt that the major consignment from the late Sheikh Hamdan Al Maktoum’s Shadwell Estates has introduced a new dynamic. A consignment of that size and quality does not go unnoticed and the buyers have seized the rare opportunity to source horses from one of the finest owner/breeder operations in the world.

“Additionally, the numerous racing carnivals that now take place during the autumn and winter months throughout the Gulf region have had a huge impact on the sale. Buyers from the Gulf have been major contributors to Tattersalls Autumn Horses in Training Sales for many years, but new racing opportunities have brought buyers from the region in even greater numbers than before and crucially, they have been active at all levels of the market.

“Equally important has been the sustained success – driven demand throughout the sale from Australian connections and this has been despite continued difficulties surrounding travel. There will be around 40 horses heading to Australia from this week’s sale and that is in addition to the 30 or so yearlings which were purchased at the recent Tattersalls October Yearling Sale. The Australian buyers deserve huge praise for their collective commitment using every means possible to continue buying here despite being unable to travel and we look forward to them being rewarded with more success along the lines of recent Tattersalls Australian superstars Zaaki and Russian Camelot.

“The strong domestic demand we saw at our yearling sales has also been replicated and we can not only look back on a successful month at Tattersalls, but also take encouragement as we look forward to the Tattersalls December Foal and Mares Sale which, similar to this week, features outstanding consignments from Godolphin, Juddmonte Farms and Shadwell Estates.”

The lure of the Shadwell draft and buying power of Najd Stud combined to result in the 250,000gns sale of Thursday’s session-topper, Laatansa.

The son of New Bay, a 205,000gns Tattersalls October Book 2 yearling purchase by Shadwell, has shown promise in three starts for Ed Dunlop, notably when third in a competitive maiden at Newmarket last week, something that was not lost on the team at Najd Stud.

“[Najd Stud’s] Saad bin Mishraf called me and told me not to leave here without this horse,” said representative Saud Al Qatari after outbidding Ronald Rauscher. “He is a beautiful horse and lovely physical. He is by a very promising stallion, whose progeny are booming.

He added: “We have bought 14 horses here this week and they are of great quality. We will have a great race in Saudi Arabia at the end of February, our race will be the destination for all the very best horses from Europe and America, and our Jockey Club racing manager is doing a great job.”

Such was the popularity of the Shadwell draft that it accounted for each of the top seven lots sold during Thursday’s session.

In addition to Laatansa, they included another promising two-year-old in Janoobi, a son of Night Of Thunder who made 85,000gns to Gaelic Bloodstock having run second on his debut earlier this month at Nottingham for Mark Johnston.

Ian Williams and Richard Ryan also went to 80,000gns for Kitaab, a son of Showcasing who was a recent third on his first completed start for Marcus Tregoning at Kempton Park. 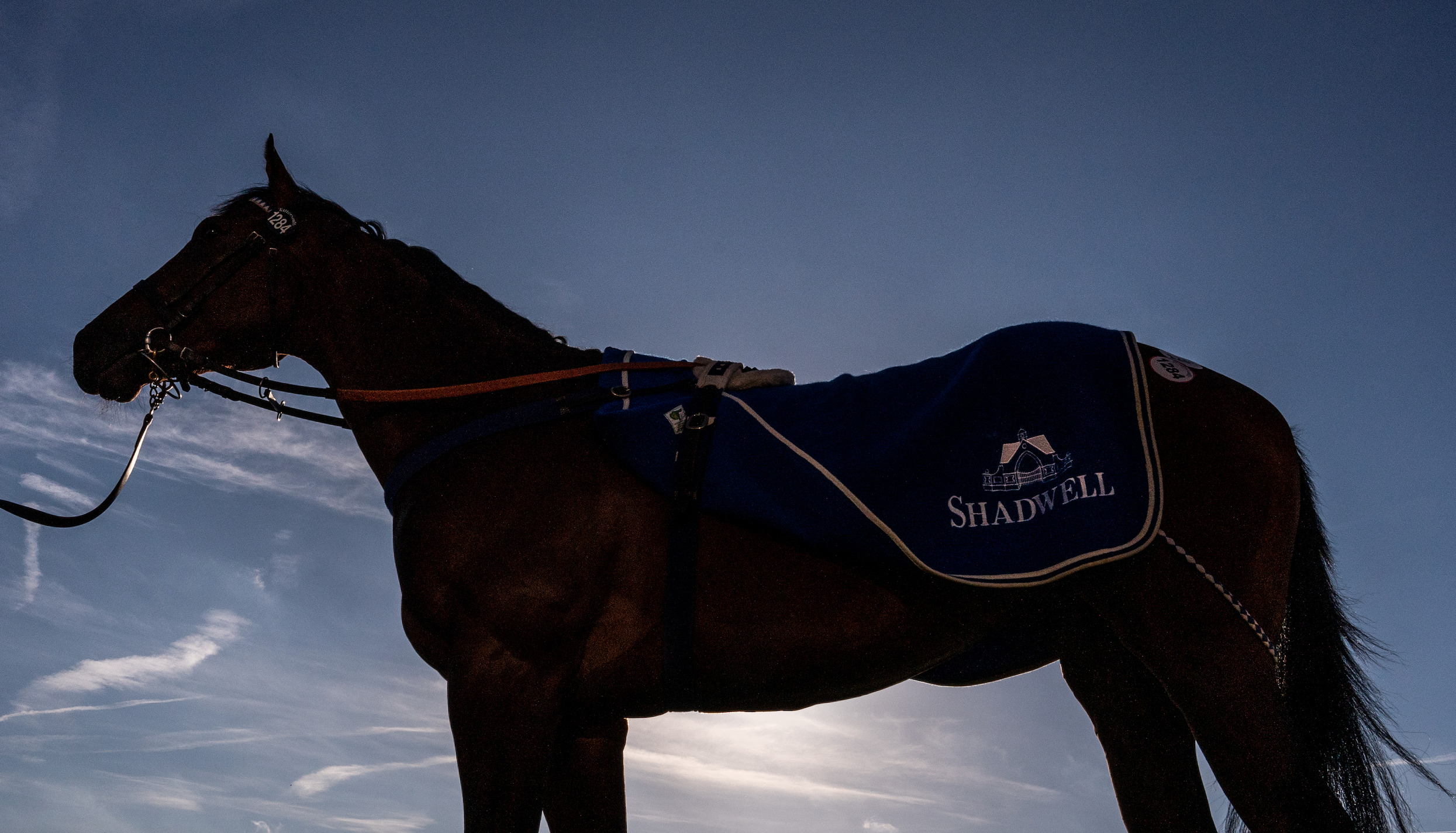 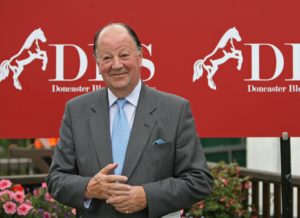