Just as in Europe, there was a large number of additions to the American stallion ranks last year and few can boast the international repertoire of Shadwell’s latest addition Tamarkuz (Speightstown).

He won three races in the UK, before notching a trio of Group victories in Dubai and captured his elusive Grade 1 success in the US at the age of six, when beating Gun Runner in the Breeders’ Cup Dirt Mile.

The most famous chestnut to join the stallion ranks, though, is California Chrome (Lucky Pulpit), who covered 145 mares at an advertised fee of $40,000, before shuttling down to Chile.

The seven-time Group 1 winner was joined at Taylor Made Farm by Mshawish (Medaglia d’Oro), a stakes winner in France and Dubai, before winning twice at Grade 1 level in the States. Bred on similar lines to leading first-season sire Violence, he comes from the immediate family of Halfbridled.

The Darley roster grew by two in 2017, with Frosted commanding the highest fee of any new sire in Kentucky at $50,000. Of his three Grade 1 victories, his 14 length-win in the Metropolitan Handicap was the definite highlight, and he retired as the highest earning son of Tapit. Nyquist joined him at Jonabell.

He is a son of another top-class sire in Uncle Mo, whom he emulated in winning an Eclipse award for an unbeaten two-year-old career.

He began his career at $20,000, while $25,000 was commanded by Ashford Stud’s 2017 addition Air Force Blue (War Front). A three-time Group 1 winner as a juvenile, he comes from the family of US champion fillies Surfside and Flanders.

Anchor Down joined the roster at Gainesway as Tapizar began to advertise Tapit as a promising sire of sires. The Grade 2 winner boasts a proven pedigree, being a half-brother to Grade 1 winner Sweet Lulu, out of a Grade 3-winning mare.

Upstart (Flatter), like Anchor Down, began his stallion career at a $10,000 fee, standing at Airdrie Stud. Twice a graded stakes winner, he was placed at Grade 1 level on five occasions. 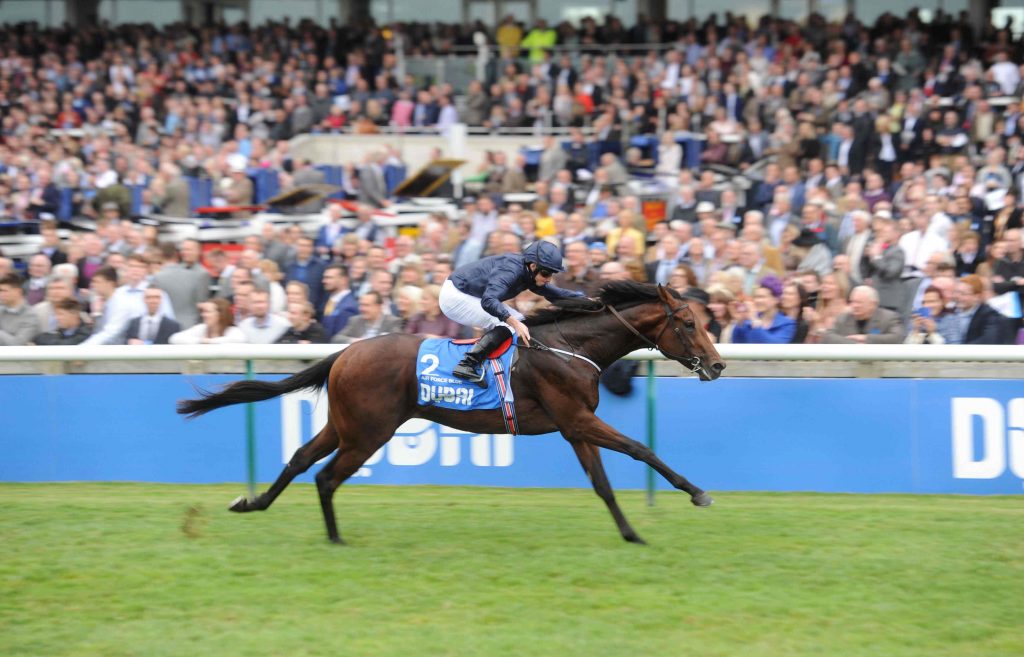 One of the four Irish natives that owns the Kentucky-based Hunter Valley Farm, Fergus Galvin is a noted pinhooker and leading consignor, whose major claim to fame is buying Scat Daddy privately as a weanling and reselling him for $250,000 as part of the farm’s first consignment at the Keeneland September Yearling Sale in 2005.

Reflecting on the 2018 yearling trade in America, Galvin says: “The US yearling market was very strong this year, though maybe not quite as strong as 2017.

Quizzed on first-crop sires, he is quick to highlight his favourites, saying: “Outwork would be one of my top picks. He was a good horse and is by a very fashionable sire in Uncle Mo. One of his foals topped the recent sale at Saratoga and we bought one ourselves there, too.

“We also have a particularly nice colt foal by Vancouver, who is of great interest, having been a talented racehorse in Australia and, being by Medaglia d’Oro out of a Kingmambo mare, he’s also very appealing on pedigree.

“There are very good reviews for the Nyquist foals and with him being a top-class racehorse and good looking himself, I would be keen to pinhook his stock.

“Speighster is another throwing nice foals, while we already have a very good colt by Frosted and another lovely one by Brody’s Cause.” 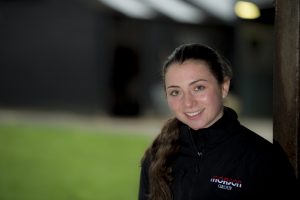 Up Next
Bryony Frost rides out conditional claim