Trained by Robert Hickmott about 70km north of Melbourne in Mount Macedon, the son of Monsun was held up towards the rear in the early stages under Kerrin McEvoy.

The 24-strong field were led at a frenetic pace by Excess Knowledge, with Michael Bell’s Big Orange sitting handy under Jamie Spencer. Godolphin’s Secret Number took up the running at halfway and led his rivals into the straight with Irish raider Wicklow Brave on his heels in third.

As the leaders wilted coming into the final two furlongs, Hartnell – the most fancied of the Godolphin five – came with a strong looking run followed by Tony Martin’s Heartbreak City in bright yellow.

The Ebor winner took it up a furlong and a half out but found himself in a sustained duel with Almandin who made good headway from further back. With the pair drawing clear, McEvoy managed to force Almandin’s head in front at the post at the end of the two miles

It was only two years ago that 36-year-old McEvoy ended his 12 year association with Godolophin which saw him ride in Britain with great success.

Expecting his fourth child with partner Cathy, the Australian veteran rider makes history by becoming the first jockey to win two Melbourne Cup’s so far apart. His first came with the New Zealand-bred Brew 16 years ago.

“How lucky am I? The elation is unreal,” reflected McEvoy. “It’s just a dream and it’s great to be part of it again to win my second cup. I said to my old man yesterday all we need is a good run, the more I look at it the more confident I get. I love these staying races, I love the Melbourne Cup.”

The four-year-old gelding had over two years off after suffering a tendon injury when beating the 2014 winner of this very race Protectionist. After being nursed successfully back to health by Hickmott and his team, Almandin had four races before here, the last proving a convincing win the Group 3 Handicap The Bart Cummings.

For Williams, his glorious adventure in the sport continues now becoming the leading owner in Australia’s greatest horse race. The 76-year-old tasted his breakthrough triumph in 1981 with Just A Dash, his fourth and most recent coming with former Harry Dunlop inmate Green Moon in 2012.

Williams said: “I’m quite emotional about this one, the boys at Macedon have done a fabulous job with getting this horse back.

“After he won the Cummings I asked the others would they like to come into it because we thought he had a real Melbourne Cup chance. It’s super!”

The European challenge for the Group 1 contest looked strong beforehand. Heartbreak City although drawn in stall 23, overcame that draw in no uncertain terms in the hands of a delighted Joao Moreira.

Qewy fared best of the remainder for trainer Charlie Appleby in fourth, with Big Orange and Wicklow Brave failing to fire having been close to the early pace. 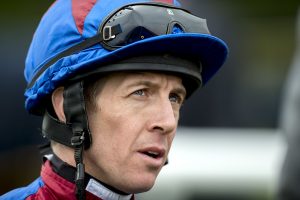 Up Next
Kempton abandon after horror fall