Such was the faith that trainer Nicky Henderson had in the ability of Allart that the youngster was pitched straight into the Grade 2 Sky Bet Noel Novices’ Chase at Ascot on Friday. The decision was vindicated when he took the contest in impressive fashion.

Having last been seen finishing fifth behind Shiskin in the Grade 1 Sky Bet Supreme Novices’ Hurdle at the Cheltenham Festival in March, Allart was settled at the back of the field of six by jockey Nico de Boinville.

With Kiltealy Briggs, Pic D’Orhy and Fiddlerontheroof setting the early fractions, there was one nervous moment for Allart when he clouted the sixth fence but that did little to disrupt the momentum he was building.

As Fiddlerontheroof turned into the home straight and began to kick on, your eye was drawn to the progress of Allart as he rapidly regained ground on the leader ahead of the final fence.

Asked by Boinville to find something extra, Allart’s lengthy jump propelled him into the lead and from there, he pulled clear to win by an easy two and three-quarter lengths from Fiddlerontheroof with a further eight lengths back to Kiltealy Briggs in third.

Allart sports the colours of Ronnie Bartlett, famously carried to many victories by the late Simonsig, and the winning trainer said: “He was great. I wouldn’t often do that. I’ve done it before and regretted it.

“It was the same race Angels Breath won last year, who Ronnie, also owned half of. He of course picked up a nasty injury, but he is on the way back for next year.

“That was a great bit of horsemanship and riding from Nico because he managed to educate him at the same time as winning the race. To do that first time out in a Grade 2 was brave, verging on stupidity from my point of view, and brave but brilliant from Nico.

“Ascot is not an easy track to bring a novice, I normally don’t take them to Cheltenham or Ascot first time out so it was slightly un-Henderson like. That was two-three today, so where do we go.

“We have Shishkin, who beat him in the Supreme, over two miles and while he’ll stay two and a half miles no problem then you walk into Envoi Allen.

“But, as some people tell me, not all roads lead to Cheltenham. I certainly think we’ll be sticking above two miles, but I’d be surprised if he was a three-miler as he has so much pace.”

There was another winner earlier on Ascot’s card for Henderson when Emir Sacree, a three-parts brother to Sprinter Sacre, took the opening 2m5½f contest under conditional jockey Joe Anderson.

Skelton brothers look to have another exciting prospect in My Drogo

Having got off the mark at Newbury last month, My Drogo confirmed his promise for trainer Dan Skelton and jockey Harry Skelton when landing the Grade 2 Sky Bet Supreme Trial Novices’ Hurdle at Ascot.

It was a remarkable performance from the five-year-old given how he had shown signs of greenness at Newbury but rallied late on to wear down the long-time leader Lladinabo Lad who was bidding to defy a penalty. 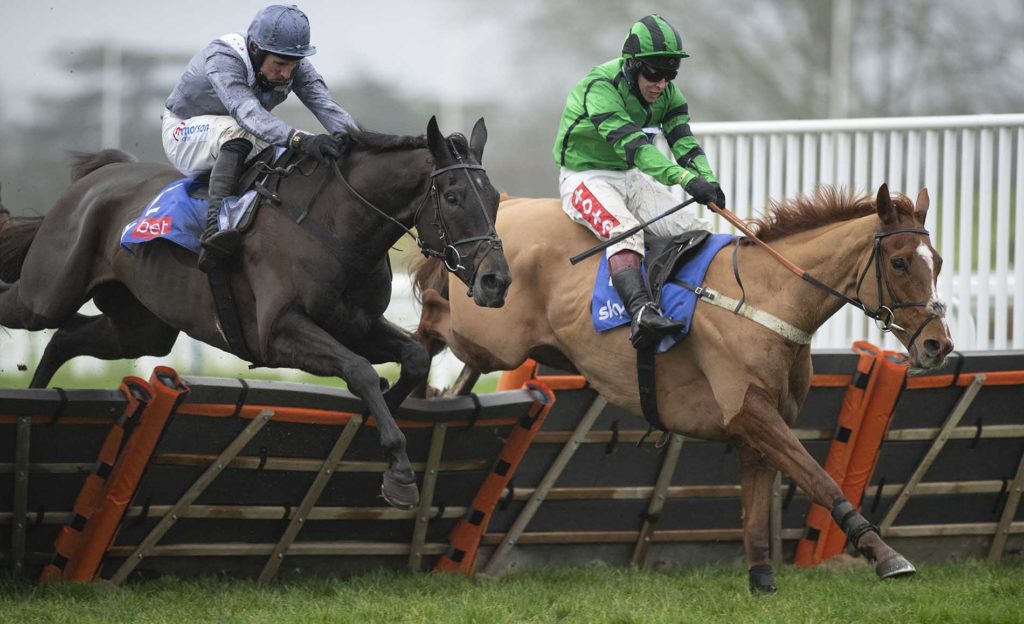 My Drogo (left) jumps the final fence on the way to victory at Ascot on Friday for trainer Dan Skelton and jockey Harry Skelton – Photo: Edward Whitaker

“We’d done plenty of practice at home, but before Newbury we couldn’t get him to make a mistake so were surprised how he jumped that day because he was moderate.

“He has bundles of class, he spent all last year with Polly Gundry and never got to run in a point because of Covid, but the extra year has given him such a chance because he’s much more mature.

“I’ll talk to the owners and work out the best route, but Cheltenham has never been the be-all and end-all this year for him because he’s every inch a chaser.” 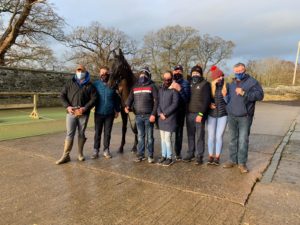 Up Next
Classic Getaway sells for £570,000 at Goffs UK December Point-to-Point Sale