All rise for racing’s MP

How do you enjoy being an MP for West Suffolk, which includes part of Newmarket, and do you find it easy relating to racing people?

I love being MP for West Suffolk and having Newmarket, a global headquarters of racing, in the constituency is something I take very seriously. It gives me a platform to speak on racing matters and to put racing’s case.

Racing brings together a great cross section of society; the sport is full of gregarious and eccentric people. All of life’s rich variety can be found within the microcosm that is the world of racing. This makes the job good fun as well as important.

What is your background before becoming an MP and did you follow racing before you entered politics?

I am an economist by training but I grew up in my family’s small business, a computer software company. I wrote the instruction manuals, though I am not technically gifted nor a computer geek.

But that experience gave me a very strong understanding of what it is to be in a small business, and most of racing is a combination of small and medium size businesses. The pressure of the bottom line is something I understand instinctively.

We also grew up with horses; my sister, Emily Gilruth, is an international eventer. I have ridden quite a lot and competed at pony club level. When I go back to Cheshire to see my family there are always horses about and I ride when I am there.

In addition, my mother has three thoroughbred mares she breeds from. Over the years I have spent quite a lot of time in the saddle, which means at least I know one end of a horse from the other.

In opposition you led George Osborne’s team when he was Shadow Chancellor. What have been your roles in government and which committees do you sit on?

I am on two committees. The first is the Public Accounts Committee which looks at the efficiency of government spending and particularly where money has been badly spent. At the moment there is an awful lot to look at.

I have also been put on the Standards and Privileges Committee, which adjudicates on the conduct of MPs and it is fascinating to see the nitty gritty, particularly in the light of the expenses scandal. I was elected on a manifesto of helping to clear up politics and this committee has been playing a part in that.

Obviously, I spend a lot of time on racing issues and particularly on the replacement of the levy and securing the future funding of racing, which, as we all know, is in grave difficulty at the moment.
I spend a lot of time talking to John Penrose, the racing minister, and pressing racing’s case. I can be unambiguously on the side of the racing industry.

The government has plans to amend the Gambling Act to introduce a new licensing system for all bookmakers who take bets from UK customers, regardless of where they are based. Can you explain the reason for this?

This is a very important first step towards stabilising the financing of racing. It would effectively make it illegal to avoid tax and levy by basing operations offshore. All of the big bookmakers, in order to operate in the UK, would have to pay their fair share.

When I talk to the bookmakers they say the only reason they have gone offshore is because all their competitors have, and they would have been at a competitive disadvantage if they hadn’t followed them. I believe this step will enable them to have a level playing field, but all onshore rather than offshore.

The most important aspect is to ensure they pay levy and tax, but also that the bets are taken within the UK regulatory framework.

If the licensing system was introduced, would we see all those bookmakers who have moved offshore come back to Britain in their droves?

Even if there is some slippage from rogue bookmakers based elsewhere, they would not be able to promote their business or come here without being held to account. I think it will solve 90% of the problem.

How does the licensing idea fit in with your proposal to replace the levy with a horserace betting right, which was widely supported in a parliamentary debate earlier this year?

I have described the new licensing proposal as a first step because getting everyone back onshore is the initial stage, but, more important, is to have a sustainable long term replacement for the levy. I think that should be based on bookmakers having to pay racing for the product on which they make a living. And I don’t see why the input into the bookmaking business, that’s to say betting on races, should be taken by the bookmakers as something for nothing.

There is a consultation document at the moment and the horserace betting right is one of the options. Discussions are ongoing and I am pressing the case very firmly. 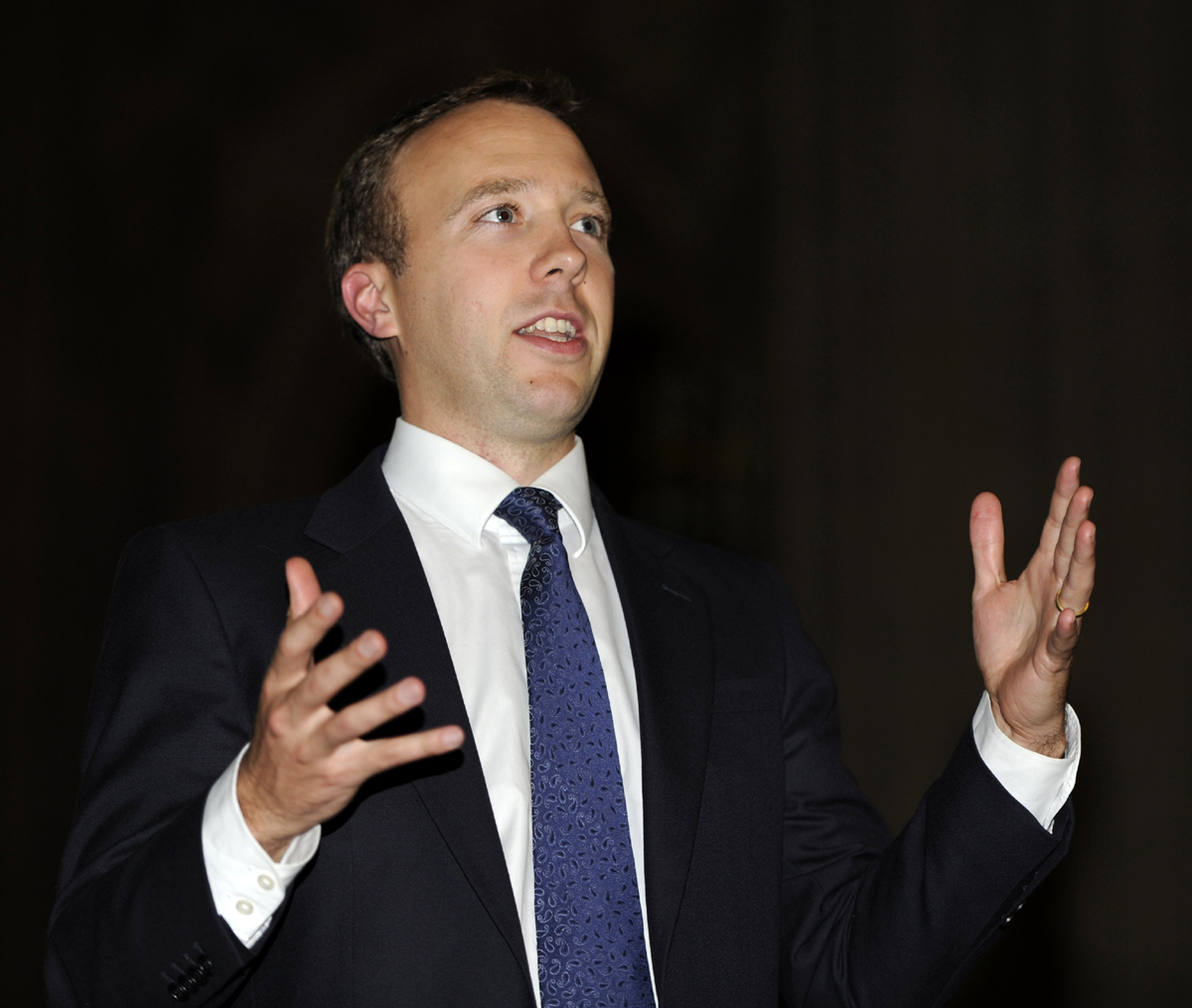 Hancock is working towards a levy replacement scheme

Primary legislation would be needed for a levy replacement, so when is the earliest, in your estimation, this can become law?

Yes, it would need primary legislation, but there is a Finance Bill every year which becomes law by August. So I would hope that any provisions could be included in the Finance Bill, since it is money related, and, therefore, be through by August 2012, rather than having to wait for a full Gambling Act.

The levy yield has reduced drastically in recent years. How would the betting right work?

It is clear that the amount paid in levy is not sustainable and so far better to replace it with a direct agreement between bookmakers having to pay for the product they use and racing selling that product.

The details of how that contract will be managed need to be worked out, and precisely who it is within racing that negotiates with the bookmakers. Once racing has the right to sell its product then you are into a commercial arrangement.

Bookmakers have a powerful lobbying voice in parliament. How have they been so successful in convincing MPs that they are right and racing is wrong?

At the moment it is decided through a bureaucratic process and, effectively, you have a minister signing off on it and that doesn’t help anybody, because it means you have a massive lobbying exercise and then the whole industry becomes adversarial, the bookmakers versus racing.

Once you have a commercial relationship people can work together in their mutual best interests. It would take out that adversarial lobbying if there was no bureaucratic decision and instead there was a business decision. The current set-up results in the bookmakers putting huge efforts into lobbying.

One of the encouraging developments since the election is the increase in the number of MPs who are very supportive of racing. We saw that in the two debates we have had on the future of racing in February and July, and what used to be known as the old bookies’ lobby of Parliament is not nearly as strong as it was. There is certainly progress there. In the parliamentary debate on the horserace betting right about 35 MPs spoke and there were only two who spoke in favour of the bookmaking industry. Everybody else recognised the sharp decline in funding for racing.

The levy’s gross profits system of payments means when punters lose on British racing, the better it is for racing financially, and vice-versa. Isn’t this system ethically wrong?

When we are talking about betting I try not to get too far into what is ethically right and ethically wrong. I am not puritanical. You have got to have a system that’s based on a bet because we are talking about bookmakers. I don’t think you can be too purist about it. What I am much more worried about is ensuring there is an appropriate return to racing that is viable, sustainable and doesn’t cause this antagonism.

A pre-consultation document suggesting an alternative to the levy, put forward by the Racing Forum, recommends bookmakers pay £1 per race per betting shop, which would raise £86m. Is this a good idea?

It seems attractive partly because it seems so simple. The problem is that betting shops are not the only place that bets are made these days. Most betting is online. This would need to be structured slightly differently to fit the modern world. But it is certainly pointing in the right direction, which is that racing is put on for the benefit of bookmakers to use as their product and the bookmakers should pay for that.

So the principle behind it is one I support but I’m not sure the mechanics would work in a world where so much betting is online. It’s the betting shops that pay most of the levy at the moment because they are physically here, so getting offshore betting back onshore is the central part of trying to restore the finances.

As the initiator of the debates on horseracing, where did you think racing was heading?

You can’t represent Newmarket and not be worried. In fact, you can’t represent any significant racing town and not have concerns. I wanted to act. You can’t have a situation where prize-money is declining by 30% overall, and up to two-thirds on some racecourses, like Worcester for example, without being very concerned about the long term sustainability of British racing.

We have the best racing and breeding in the world. But that won’t continue unless we sort this problem out. Look at our prize-money compared to France; it’s much, much lower. The prestige of British racing is very strong but it can’t exist on thin air.

What help can you provide to improve the working conditions of stable staff in this country?

On the whole there are many, many very good employers in racing. The more successful the racing industry as a whole is, the better it is for everybody involved. More prize-money will filter through to the lowest paid and that is what we’re striving for.

How effective do you feel the British Horseracing Authority has been in running the sport?

One of the problems racing has had in the past has been people not pulling together and not supporting those trying to run the sport. I think the BHA has been effective and I fully support them.

Do you like a bet and have you considered putting a racing syndicate together of MPs?

I’ll have a bet from time to time, but only on a small scale, never anything too extravagant. I haven’t thought of putting together a racing syndicate of MPs; I don’t think it fits with these austere times. There are a lot of the new MPs who follow racing, like Julian Sturdy, George Freeman, whose father Arthur won the Grand National, and the former amateur rider Guy Opperman. 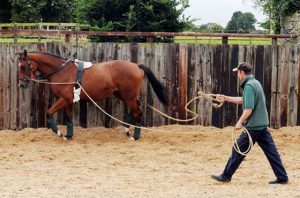 Up Next
The quiet achiever