Filly follows in footsteps of Chief Singer at Goodwood

Thirty-seven years since Chief Singer was victorious in the Sussex Stakes for Jeff Smith, the owner was celebrating a second winner of the Group 1 prize on Wednesday when Alcohol Free defeated Poetic Flare in the mile contest at Goodwood.

Reappearing after the Falmouth Stakes, where she had been left in the lead before fading to finish third, Alcohol Free displayed signs of keenness immediately from breaking the stalls and jockey Oisin Murphy had to wrestle his mount into finding cover.

The strongly campaigned Poetic Flare was closely tracking the progress of leaders Century Dream and Order Of Australia as they set a leisurely pace in front.

Having been victorious in the St James’s Palace Stakes at Royal Ascot last month, Poetic Flare was sent into the lead but as he reached the furlong pole, Alcohol Free started to motor home.

She soon passed the dual Group 1 winner to land a one and three-quarter length success over Poetic Flare with the same distance back to Snow Lantern in third.

Alcohol Free has more than rewarded the €40,000 investment by Smith’s Littleton Stud at the Goffs November Foal Sale in 2018. The daughter of No Nay Never is now a triple winner at the highest level.

Smith said: “I won my first Sussex Stakes 37 years ago – I had jet black hair and no worries in the world! I thought it easy very easy and that I would come back and do it again.

“This filly is something else. The way she has won is simply incredible, I am thrilled to pieces. What a wonderful job Andrew [Balding] and the whole team have done.

“It wasn’t so much the opposition; I was more concerned that we did not have a repeat of the Falmouth where she got left in the lead having broken too well. She needs to get cover and something to aim at.

“Then she got bumped around and pushed back, but then the way she picked up showed what she really is. She is a champion – there is no question in my mind.”

“But this filly has already won two Group 1 races, so it was lovely to see her cement her place at the top of the train.

“Oisin was at pains to try and tuck in and get some cover because she’s so much better when you are able to do that and she has got something to aim at. Poetic Flare is a very good horse, but she really did it well in the end.

“I am sure there were hard luck stories, but I am sure she was the best horse on the day. It was lovely to see her do that because we have always believed in her. It is no easy task taking on the colts and older horses, and to do it in that style was just fantastic.”

Balding saddled another winner on Wednesday when Achelois struck to beat Timeless Soul and Freyja in the 1m2f handicap under Rob Hornby.

He added: “Achelois has done nothing but improve all year and loves this ground. She is so uncomplicated, and Rob gave her a lovely ride.

“She’s going the right way and it’s lovely for Thurloe [Thoroughbreds], the Royal Marsden and everyone connected with the horse.

“She deserves a crack at something better now. She’s out of a Sadler’s Wells mare so it’s not inconceivable that she will go up further in time, but we’ll likely stick at this sort of trip for now. She’s so straightforward and a really lovely filly to deal with.”

Armor runs on to land Molecomb

Armor provided Al Shaqab Racing with a winner at their sponsored Qatar Goodwood Festival when the Richard Hannon-trained juvenile quickened up impressively to land the Group 3 Molecomb Stakes.

Hannon, registering his 20th success at the Qatar Goodwood Festival, said: “We have always thought a lot of Armor and he worked very well on Sunday morning.

“He ran very well at Royal Ascot even though he still looked a little inexperienced, and he’s won very well there.

“He was tapped for speed a little bit coming down to the furlong and a half marker, but he would have loved that ground. Ryan [Moore] said he would like the ground, I think he knows what he’s on about, and he did. 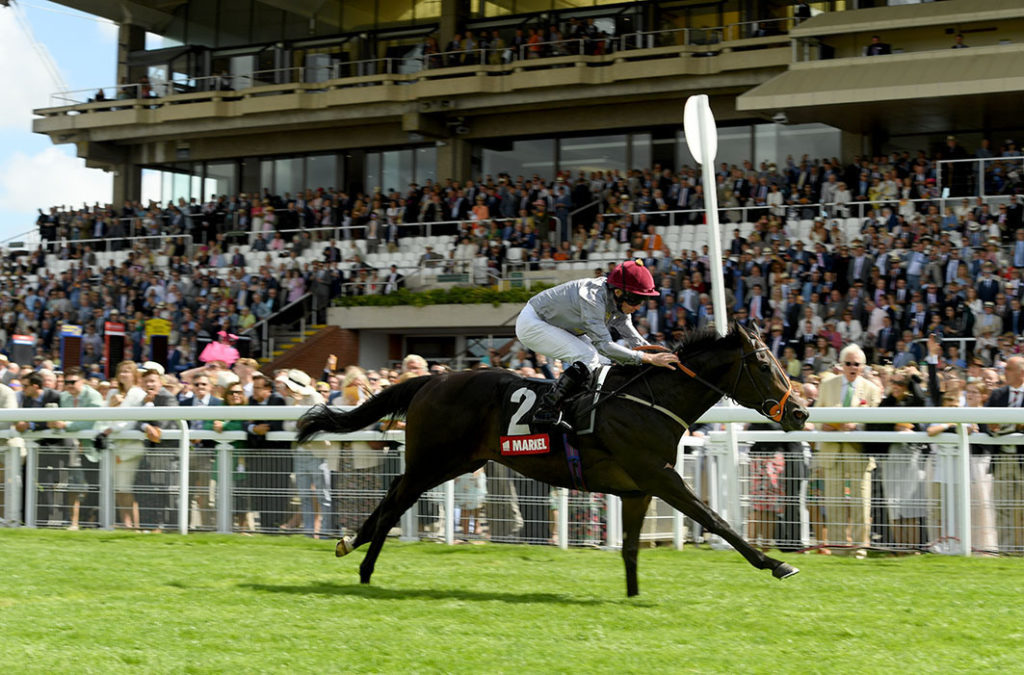 Armor runs out a ready winner of the Molecomb Stakes – Photo: Bill Selwyn

“I’ve not made too many flash entries for him, but we’ll look at something like the Prix Morny now, maybe the Flying Childers. He’s not a big horse. This is his year and, if he makes a three-year-old, then great, but he is good enough now.

“He will get six furlongs and we’ll have to have a go at a Group 1 race over that trip now.”

Hannon was also responsible for saddling Magical Wish in the colours of Middleham Park Racing to win the 7f handicap that closed Goodwood’s Wednesday card.

The step up to seven furlongs proved all the difference for Last Empire as she relished the extra furlong to run out the decisive winner of the Group 3 Oak Tree Stakes.

Previously campaigned over five and a half and six furlongs, the five-year-old daughter of Pivotal was able to reel in long-time leader Highfield Princess and return to winning ways for the first time since taking the Listed Prix de Bonneval last October.

“Last Empire loves soft ground and, although her last run was very disappointing, she came back very heavily in season, so we brought her back, got her nice and fresh, and started again.

“She looked great again today and Danny [Tudhope] gave her a great ride. When you have a good draw here, you have to keep it and you have to believe they are going to get the trip, you can’t ride them without doubt.

“I am delighted for everyone involved with Clipper [Logistics]. They are great supporters of the yard and it’s nice to repay them with a big winner.

“We were always aiming for the sprint on Champions Day because we felt that she would likely get her ground there and the stiff six furlongs will suit her. I would say that will still be on the agenda.” 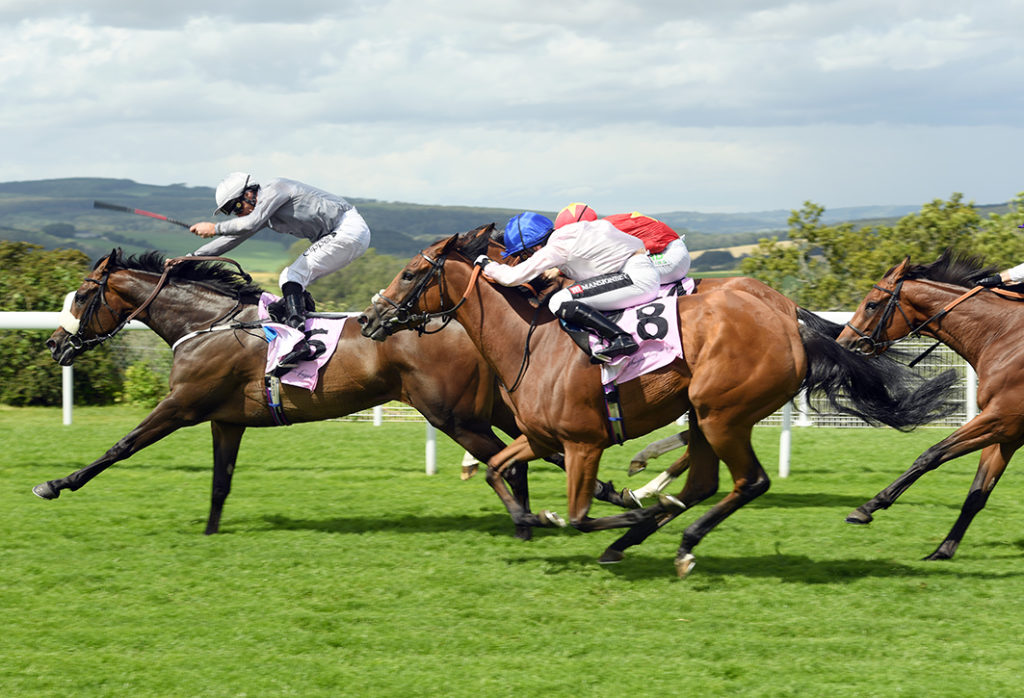 Like Last Empire, the filly was partnered by Danny Tudhope and the jockey said: “Illustrating is very smart. We’ve liked her from day one and her work at home has been very good.

“Karl and the team have done a great job with her, and today’s ground would have helped her better. I’d say she could be anything now as that was a nice performance. She got the job done today and it’s onwards and upwards with her.”

Burke added: “She’s the only filly I’ve had with the same turn of foot as Quiet Reflection and showed it today. She needs cover, and there was a worrying moment when she got a bit of a bump early on, but she settled sufficiently well for Daniel to get the job done.”

Stressing that cover is essential for his filly, Burke added: “She relaxes straight away when she gets cover, and if she does that she’ll have a better chance of getting six furlongs at York.

“Her first race at Catterick was just down the road and she bolted up, but in the Royal Ascot race [Queen Mary] she was a bit gassy and did too much too soon chasing the American fillies.”

In the 1m4f handicap that opened Wednesday’s card, Roger Varian and David Egan teamed up to great effect when Nagano came from last to first to capture the staying event. 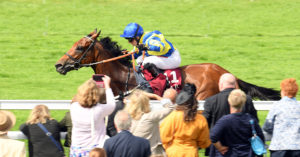 Up Next
Trueshan and Hollie Doyle triumph in Goodwood Cup